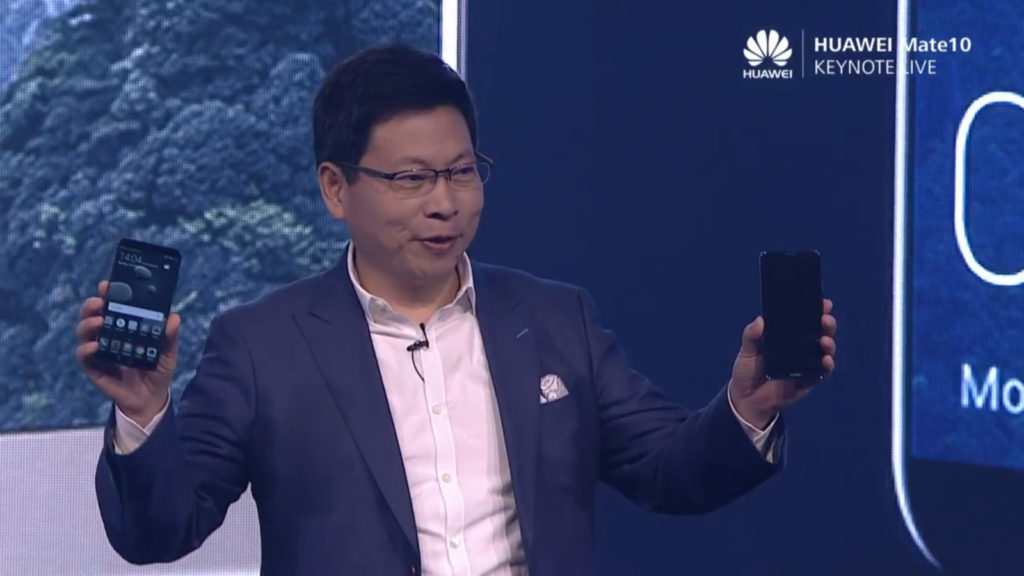 After months of leaks and teases, Huawei has finally peeled the curtain back on the Mate 10 and Mate 10 Pro. So what should you expect then?

There’s a Kirin 970 processor with a neural processing unit (NPU) for AI functions, 4000mAh battery and a “FullView Display”.

The Mate 10 Pro also differs by having slightly slimmer bezels, leading to the fingerprint scanner being moved to the back (it’s still on the front on the vanilla Mate 10).

It was inevitable, but Huawei has also pulled an Apple and launched the Mate X Porsche Design. Much like previous models, this packs a few higher end specs, such as 256GB of storage. 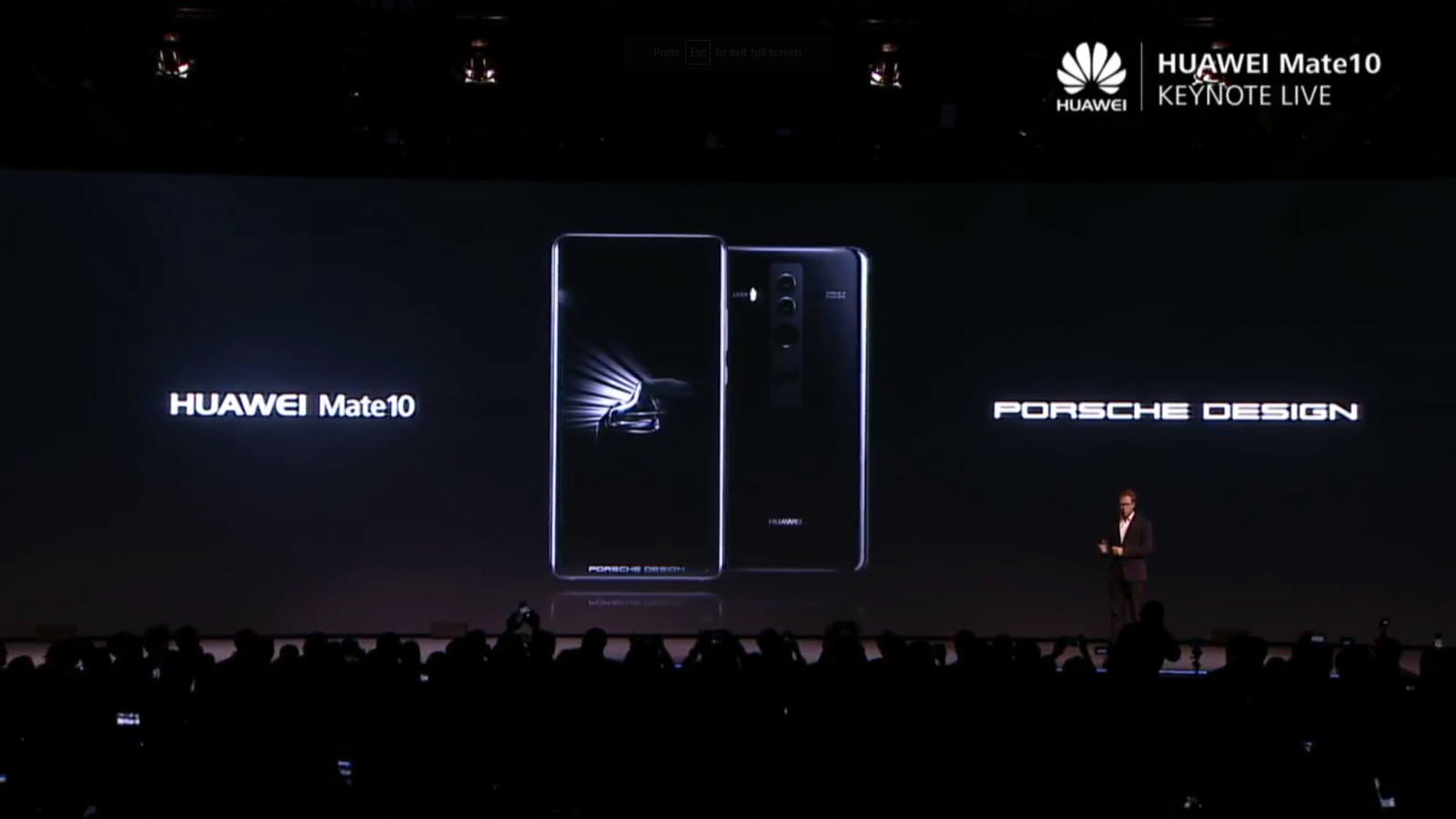 Huawei also touched on the software department, being EMUI 8.0, based on Android 8.0.

As for AI, Huawei’s Richard Yu touted the Neural Processing Unit in the Kirin 970. Yu says that the NPU is capable of improving “system response speed” by 60%, while improving “smoothness of operation” by 50%. In a potentially cool move, Huawei is using AI for language translation, with offline functionality supported. In fact, Yu adds that Huawei is working with Google for AI-powered services.

Speaking of Google, a Mountain View representative said that the Android neural network development platform will be coming to the Mate 10 in the form of a software update next year. 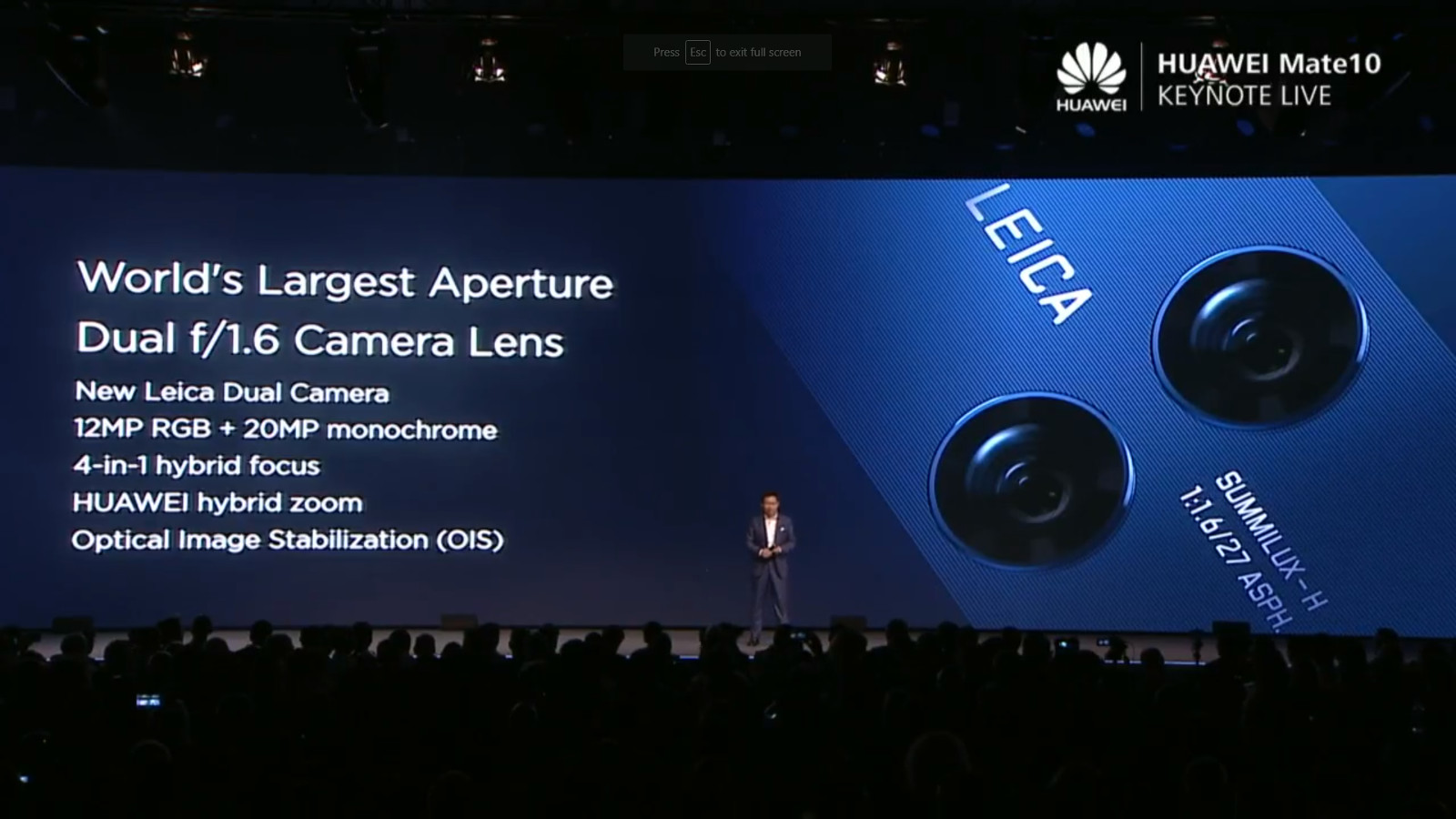 In the camera department, Huawei’s new flagship boasts a 20MP (monochrome) and 12MP (colour) dual camera setup on the back, with a large f/1.6 aperture for both. The AI chip also assists with object/scene recognition for better shots, such as food, faces and flowers. Huawei adds that the phone has optical image stabilisation, but it’s unclear if it applies to both cameras on the back.

The company also confirmed that it packed support for Hi-Res audio, topping out at 384Kbps/32-bit.

And yes, that PC-style functionality we revealed a few weeks ago is indeed in the Mate 10. Best of all, the function doesn’t require a dock, as you only need to connect it to an external display. In another cool touch, the Mate 10 can be used as a trackpad and keyboard — although a Bluetooth keyboard and mouse can be used. 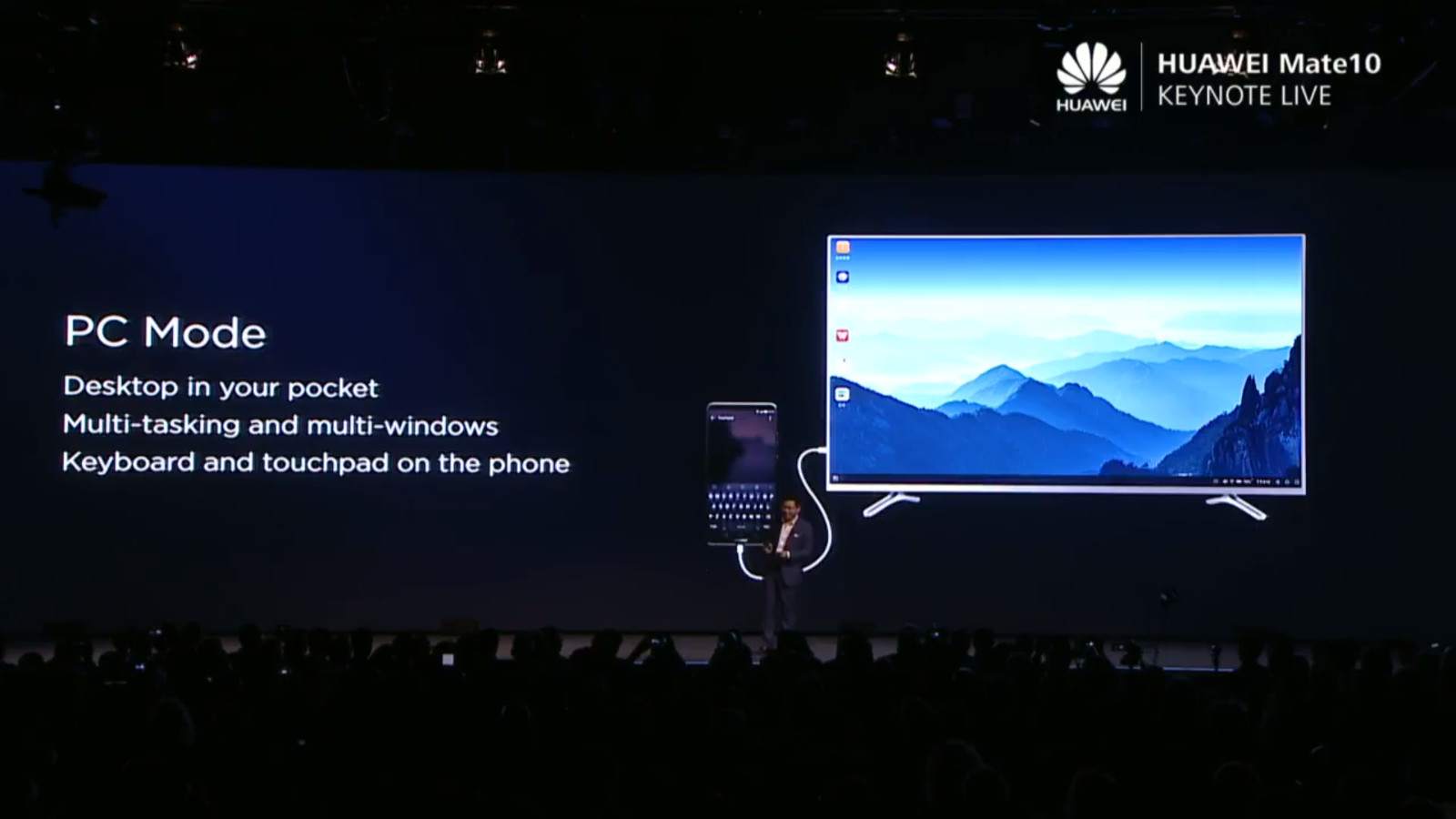 As for a local release? Huawei South Africa has revealed that the phone will be coming to our shores in November. 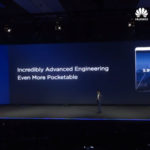