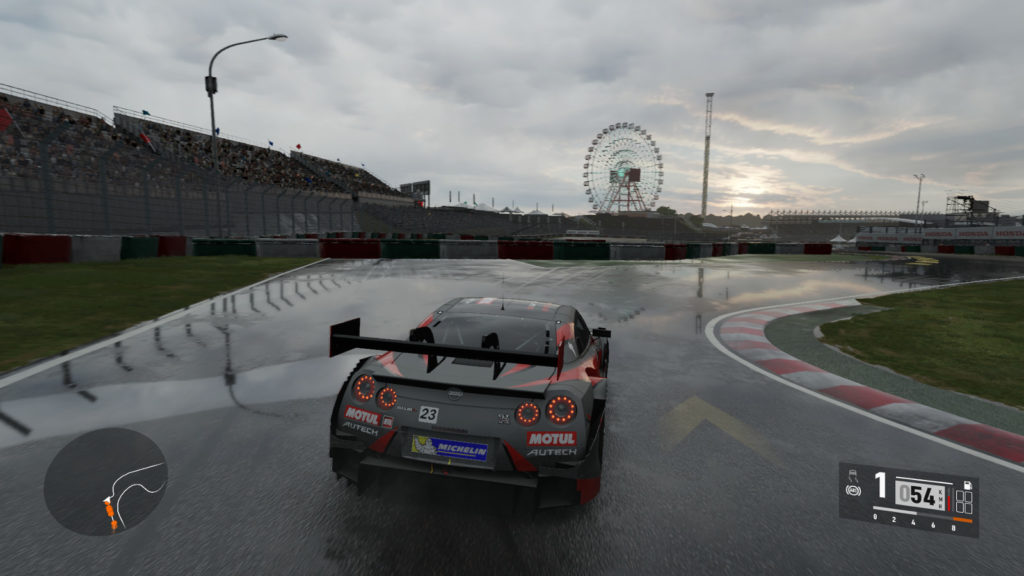 We’ve gotten to the point where a new Forza game is expected every year, as inevitable as a new Call of Duty or Assassin’s Creed title. So does that mean Forza Motorsport 7 is a paint-by-numbers entry that shows signs of franchise fatigue?

Let’s start with the visual department, being a strong point for Forza Motorsport with each entry (save for FM 2 though). This year’s title looks as fantastic as ever, featuring 1080p/60fps visuals on the base model Xbox One — much like Forza Motorsport 6.

I’m hard-pressed to point out any particular visual improvement over the previous FM title on base hardware, save for HDR if you’ve got an Xbox One S. In saying so, after a trip back to the previous game, I can say that Forza 7 looks a little less jagged and the clouds look a lot better, the latter ostensibly due to an emphasis on HDR by the dev.

Still, if you’ve never played Forza Motorsport 6 before, you’re in for a treat on base hardware. And the visual department takes a huge step up if you’ve got an Xbox One X, owing to 4K/60fps visuals and HDR presentation. But we don’t have the superpowered console just yet to check this out. Forza Motorsport 7 continues the basic gameplay blueprint set by Forza 5 and expanded on by Forza Motorsport 6, as you chuck your car around various tracks while fending off over a dozen”Drivatar” AI drivers.

But the game has introduced a semblance of dynamic weather to proceedings, making for a handy change from Forza 6’s “it either stays wet or dry” formula. And in a cool touch, the one-off races let you tweak weather for the beginning, middle and end of proceedings. It’s still no F1 2017 in this regard, which sees cars dancing at the very edge of their limits in the wet, or late-race pit stops as the track dries out, but it’s a fun, visually enthralling experience nonetheless.

I do wonder whether dynamic weather could’ve been a feature in Forza 6 though, instead of being saved for the sequel. Anyway…

One feature I would’ve loved to see is a GRID Autosport or F1-style race engineer function, allowing you to quickly get info on your car, tyres and other racers. The absence is completely understandable, given the relatively short races compared to rival games, but basic functionality would’ve been a cool touch. Heck, one of the Showcase races, which sees you doing a 23 lap race around Spa-Francorchamps in a GT car, would’ve been ideal for a race engineer, telling me how many more laps of fuel I have, giving me the gap to rivals and more.

Moving to the actual cars themselves, Forza Motorsport 7 now offers a ton of Porsches and the 2017 crop of Formula E and IndyCar machines, to name a few. It also offers another racing option in the form of trucks, being beastly, fun machines harking back to TOCA Race Driver 3. In any event, the sheer variety of cars is the polar opposite of GT Sport‘s more anaemic car collection.

It’s worth noting that there’s a tier system in place for buying/collecting cars, your collection level and tier being raised as you expand your garage collection. The biggest disadvantage here is that even if you have the in-game credits, you can’t just buy that monstrous 2017 Porsche 919 Hybrid — that would be preposterous. You have to buy other cars to reach the collection level associated with the desired ride. Two thumbs down from me.

The Forza Drivers Cup is a great career mode though, offering several tiers to work through — much like Forza 6’s career mode. Each championship tier features regular cups and a couple of unique events akin to Forza 6‘s Showcase events. You don’t need to complete all cups and Showcases to move to the next tier either, but completionists will want to do so anyway.

The Forza Drivers Cup is a fine addition, but it would be great to see actual racing championships in the game or even the option to choose one discipline (open-wheel, GT etc) ala GRID. While we’re on the motorsport junkie trip, the ability to qualify for races would be a neat, overdue bonus too. But if you’re one of the millions who don’t care for motorsport enthusiast trappings, Forza 7’s career mode is fine and dandy.

All in all, Forza Motorsport 7 doesn’t offer any unexpected improvements or additions in the gameplay department, being content to tick the boxes. Speaking of boxes… Forza Motorsport 7 does away with this, letting you choose between a free (or heavily discounted) car, credits or cosmetic items for your driver. Then you have the prize crates…

It feels like Microsoft and Turn 10 laid prize crates down as a mobile-inspired way to milk cash from players (who’ve already paid a full price) down the line. These crates, containing a variety of mod cards, a varying amount of credits, cosmetic items for your driver and/or possibly vehicles, are bought with in-game credits. So you’re spending credits to possibly earn more credits.

In any event, I found I was able to proceed fine without opening these crates, in case you’re wondering (levelling up delivered cool cars and some credits anyway). And they aren’t too badly priced, in terms of in-game credits. But completionists will certainly be using a few of these crates down the line. We’ve enquired about micro-transactions in the future and will update the review accordingly, although a statement to Ars Technica points to Turn 10 enabling real-world purchases down the line. Disappointing.

Should you grab it?

Forza Motorsport 7 feels like a by-the-numbers sequel though, Turn 10 seemingly content to evolve the franchise rather than substantially change things up.

The trucks are indeed a super-fun (but minor) addition, the dynamic weather is neat and the ability to customise driver attire is fine. But between the ill-conceived collection tiers, a lack of emphasis on the “Motorsport” in Forza Motorsport , those prize crates and a formula that’s remained unchanged since Forza 5, you’re better off getting the previous game.

Verdict: If you bought or plan to buy Forza 6, you’re not missing out really, while series newbies or PC gamers will have a meaty title on their hands. Xbox One X owners will want to consider this for the graphical upgrade though. 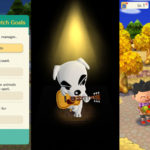