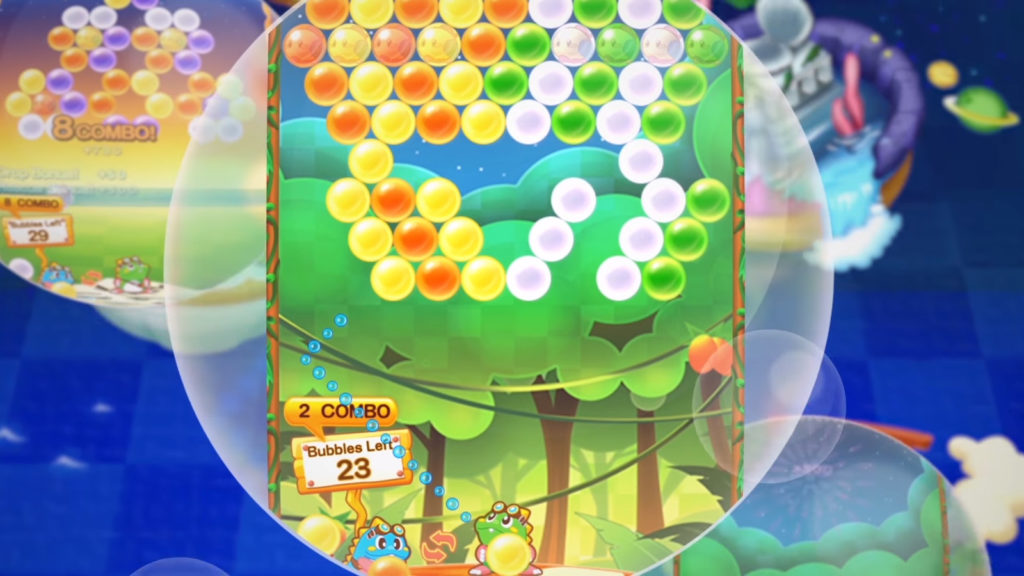 Was it Candy Crush or another match-three puzzler? In any event, Finance Minister Malusi Gigaba caused a minor stir when a photo emerged of him playing a puzzle game on his iPad in Parliament.

So with that in mind, we take a look at a few more puzzle games the minister should be playing on his tablet…

Of course, the best kind of titles for Gigaba would be ones that allow for surreptitious, one-handed play — all the better to act interested in official proceedings.

It’s one of the more iconic puzzle/arcade titles in gaming, but did you know it’s available on mobile too?

Puzzle Bobble Journey has you firing bubbles upward, trying to match three of the same colour to make them disappear. Make all the bubbles disappear and you move on to the next stage. Simple stuff. Featuring 270 stages (with more available via in-app purchase), an easy mode and varying goals, it’ll keep politicians distracted.

Puzzle Bobble Journey is available for R62 on Android and R80 on the App Store. Fancy a free alternative? Then check out Snoopy Pop instead.

The game offers near-identical match-three puzzle mechanics to Candy Crush, down to the special puzzle pieces that clear out levels. Basically swap candy for booze (but keep the irksome in-app purchases) and you’ve got a good idea of what to expect.

The title is free on Android and iOS.

Think Tinder meets royal politics and you’ve got a great idea of what to expect from Reigns (and its sequel, Reigns: Her Majesty).

The series places you in the swanky footwear of a king or queen, being forced to make yes/no decisions with a swipe left or right. Each of these decisions will affect your coffers, the clergy, the army and the general populace. You’ll inevitably die, but there are plenty of dilemmas to dwell upon (do you get married to the royal in the north or refuse and risk a war?) and plenty of ways to meet your demise.

Reigns is available for R39 on Android and R50 on iOS.

If a politician is going to play iPad games in Parliament, why not play South African titles? Desktop Dungeons definitely fits the bill.

The turn-based game sees you exploring randomly generated levels, running into all sorts of enemies and having to take them out with attacks, magic and other abilities. And the turn-based nature means the Finance Minister doesn’t really need to pause the game to make a point of order.

Desktop Dungeons is R120 on Android and R150 on the App Store.

2048 may have ripped off Threes!, but the original game still exudes replayability and more polish. And it received a free-to-play version a year or so after its 2014 release.

The game has you sliding numbers together to make ever bigger numbers. So 3+3 = 6, 6+6 = 12 and so on, trying to hit the highest number you can. A simple concept but it’s tougher than it seems.

Heck, even if you finished a 2048 game before, the Threes developers reckon that Threes! is a much tougher experience.

Combine words with role-playing action and you’ve got a rough idea of what Spellspire is all about.

The classic title sees players essentially playing Scrabble to help their avatar out, with longer words equalling more powerful spells to defeat enemies. But time is precious, so do you spell a short word quickly to attack an enemy or think of a longer word to knock them out in one hit…

Spellspire is free on Android and iOS.