Earlier this month saw Broadcom make a “best and final” offer to acquire Qualcomm — an offer that was rejected. But Qualcomm opened the door for a 14 February meeting to discuss further options, so what was the result of that?

The US chipmaker delivered a letter to Broadcom (publishing it on their website), giving their thoughts on the 14 February meeting. For one, Qualcomm remains unmoved on its assertion that the US$82 per share price “undervalues” the firm.

“In our February 14 meeting, Broadcom reiterated that $82.00 per share is its best and final proposal.  The Board remains unanimously of the view that this proposal materially undervalues Qualcomm and has an unacceptably high level of risk, and therefore is not in the best interests of Qualcomm stockholders,” read an excerpt of the letter, in the name of Qualcomm board chairman Paul Jacobs.

Nevertheless, Qualcomm noted it was a constructive meeting in that Broadcom “expressed a willingness to agree to certain potential antitrust-related divestitures” beyond the initial offer.

That seemed to be the only real positive point for the US chipmaker though. Most notably, Broadcom apparently insists on control of Qualcomm’s lucrative licensing business before the deal actually closes.

“…Broadcom continued to resist agreeing to other commitments that could be expected to be required by the FTC, the European Commission, MOFCOM and other government regulatory bodies. Broadcom also declined to respond to any questions about its intentions for the future of Qualcomm’s licensing business, which makes it very difficult to predict the antitrust-related remedies that might be required,” the letter read.

“In addition, Broadcom insists on controlling all material decisions regarding our valuable licensing business during the extended period between signing and a potential closing, which would be problematic and not permitted under antitrust laws.”

Qualcomm adds that the breakup fee proposed by Broadcom (in the event of the deal failing to close) “does not come close to compensating for those risks”. 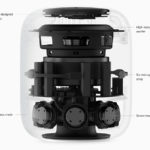