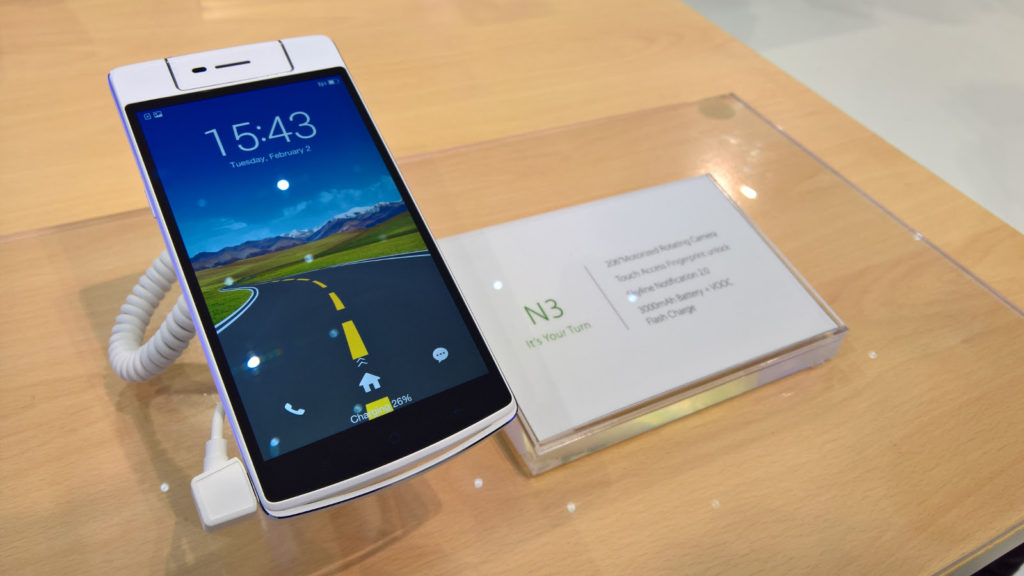 It’s almost time for the annual smartphone extravaganza that is Mobile World Congress (MWC), as everyone from Alcatel to ZTE gets in on the action.

There’s a lot of information and rumours to sift through, so we did the legwork and show you what to expect from the major brands. The firm already made an appearance at CES 2018, showing off the 1, 3 and 5 series of phones. But we didn’t get much information, bar a TENAA listing for one of the devices.

In any event, we can expect more details at MWC, ranging from specs and model names to supported regions, pricing and release windows.

The Cupertino company doesn’t make appearances at MWC, being content to hold standalone events instead.

This year is looking no different, so you’ll need to wait for WWDC in June or September/October’s mobile event for relevant news. The tech brand is indeed holding an event on 27 February in Barcelona, complete with the #Backto5 hashtag, alluding to the Zenfone 5 range.

As for potential specs? The company’s website suggests a tall screen and high screen/body ratio for at least one model. Meanwhile, WinFuture suggests an iPhone X-style camera housing.

Those on the hunt for a keyboard-equipped phone pretty much had one choice, in the form of 2017’s KeyOne. Featuring a power-efficient chip, large battery and decent camera, the device wasn’t bad — but it was certainly expensive.

Could we see an updated model at MWC or a new all-touch device? Well, Crackberry reports that we’ll see two keyboard devices in 2018 — no word on a Barcelona reveal. The fledgling brand is usually known for its budget phones and copycat products (Doogee Mix, anyone?), but the firm is stepping up in Barcelona.

The company’s website has confirmed that the iPhone X-like Doogee V will be coming to MWC, sporting an under-display fingerprint scanner, dual cameras and 4000mAh battery.

Doogee‘s website also suggests that the Mix 3 (complete with camera on a swivel) and Mix 4 (with a slideout earpiece/selfie camera) will be coming. But at the very least, it seems like the Doogee V is a lock for MWC.

Budget-focused wares and/or VR-related products aren’t out of the question, but flagships? Don’t count on it. MWC 2017 saw Huawei join the party, revealing the P10 and P10 Plus (review) at the event. But the company has apparently issued a media invite for a 27 March event in Paris, roughly a month after MWC.

The invite also shows off three circles, suggesting that the P11, P20 or P-whatever will indeed pack three cameras on the back. Nevertheless, Huawei will have an event at MWC this year, but we’re expecting new Matebooks, tablets and/or mid-range devices.

HMD Global is coming off a great first generation of devices, having properly introduced us to its range at MWC last year. But what will we see at this year’s event?

Signs are pointing to the Nokia 1 (running Android Go), the Nokia 7 Plus as well as another Nokia-branded flagship (presumably the Nokia 9). That rumoured Nokia 10 is apparently expected to launch later this year — so don’t hold your breath. The house of Moto is no stranger to the expo, and if it’s anything like last year, then we can expect new generation Moto G and G Plus devices.

The Moto Mod add-ons don’t seem to be going away, so don’t be surprised to see new mods. But could the new Moto G phones offer compatibility? That remains to be seen.

The South Korean firm has been in the news lately after a report that the G7 had gone back to the drawing board. It’s been dismissed by an LG representative, saying it was “not credible”.

But what should we expect from LG at MWC then? Well, LG South Africa’s CY Kim told Gearburn that the firm would be launching an upgraded V30 in Barcelona.

Update, 9am, 12 February 2018: A Korean publication has since corroborated our report, revealing that the LG V30s (as it’s called) would pack 256GB of storage and LG’s take on Bixby Vision. The Chinese brand isn’t a stranger to MWC, having launched the entry-level Meizu 5S last year. But what about this year’s running?

Well, recent leaks point to a few devices in the pipeline, such as the absolutely slick Meizu 15 and the mid-range Meizu E3.

Update, 9am, 12 February 2018: The latter phone seems to have popped up on the TENAA website (China’s equivalent of the FCC or Icasa), revealing an iPhone X-like camera bump and Sony-style fingerprint scanner.

It’s unclear if the Chinese colossus will reveal new wares at MWC, but it’s launched at least two budget devices in 2018 thus far. Is the time right for a new flagship phone?

Last year’s event saw the company reveal camera tech that enabled 5x zoom, using a prism to achieve these results. Hopefully we see this tech in a production phone. The world’s largest Android phone brand is unveiling the Galaxy S9 and S9+ at MWC this year. And there’s plenty to know about them already. There’s the Exynos 8910 or Snapdragon 845 chip, a variable aperture main camera (between f/1.5 and f/2.4), single camera for the S9 and dual-camera setup for Galaxy S9+.

Reports also point to super slow-motion capabilities, although this might be 480fps slow-mo rather than Sony’s record-breaking 960fps.

After a Twitter faux pas that took place a few days ago, odds are high that Sony plans to reveal the Xperia XZ2 at MWC 2018. After all, the XZs and Premium (review) were launched in Barcelona a year ago.

Does that mean we can expect an XZ2 Premium as well? Who knows, but we’re anticipating a Snapdragon 845 chipset, water-resistance, thin bezels and maybe even better super slow-mo.

Don’t expect much in the way of mid-range wares, as the Japanese firm used CES to reveal the XA2, XA2 Ultra and L2 handsets. There are loads more Western eyes on Vivo following the release of the X20 Plus UD, the first production phone with an under-screen fingerprint scanner. But could we see it announce a wider launch of the device in Barcelona? I wouldn’t bet against them, already having a major presence in India, for one.

However, the latest reports claim the company is working on the X Play 7, featuring that innovative scanner and 10GB of RAM. Yes, 10. Anyway, there’s no word on an MWC launch but what better way to make an impact outside China?

We also hope Vivo sheds more light on its October announcement to expand. At the time, the firm said it would also be coming to Kenya and Morocco (in addition to 17 other markets).

2016 saw the Chinese brand venture to Barcelona for the first time, revealing the Mi 5 (review) in the process. But what about 2018?

Update, 16 February 2018: We’ve seen a few rumours claiming that the Mi Mix 2S is coming, but a new report has confirmed the phone. Is it coming to MWC though? The Blade range is essentially ZTE’s mid-range family, and Android Headlines reports that the Blade V9 will debut at MWC. 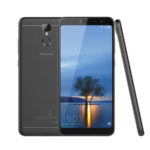