Android Oreo is running on just over 1% of all Android devices right now, but that hasn’t stopped Google from announcing the developer preview for Android P.

The latest version of Android is available now for developers to try out. And if MWC wasn’t a hint, then Google is also telling us that notches are an accepted thing on Android now. Yep, notch support is built into Android P. “Cutout support works seamlessly for apps, with the system managing status bar height to separate your content from the cutout. If you have critical, immersive content, you can also use new APIs to check the cutout shape and request full-screen layout around it,” Google explained on its website. The feature also lets developers play with “narrow”, “wide” and “tall” notches.

There’s also support for WiFi Round-Trip-Time (RTT), which enables more accurate indoor positioning. And it makes for a technical, albeit interesting, read.

“On Android P devices with hardware support, location permission, and location enabled, your apps can use RTT APIs to measure the distance to nearby WiFi Access Points (APs). The device doesn’t need to connect to the APs to use RTT, and to maintain privacy, only the phone is able to determine the distance, not the APs,” the company says of the new feature.

“Knowing the distance to three or more APs, you can calculate the device position with an accuracy of one to two metres. With this accuracy, you can build new experiences like in-building navigation; fine-grained location-based services such as disambiguated voice control (e.g.,’Turn on this light’); and location-based information (e.g., ‘Are there special offers for this product?’).” In a rather interesting move, Google is finally embracing dual cameras in a bigger way, announcing support for simultaneous streams from “two or more” cameras. So either two on the back or two on the front. Additionally, the platform-holder is coughing up support for  a “logical or fused camera stream that automatically switches between two or more cameras” as well as display-based camera flashes (finally). 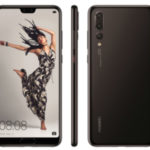