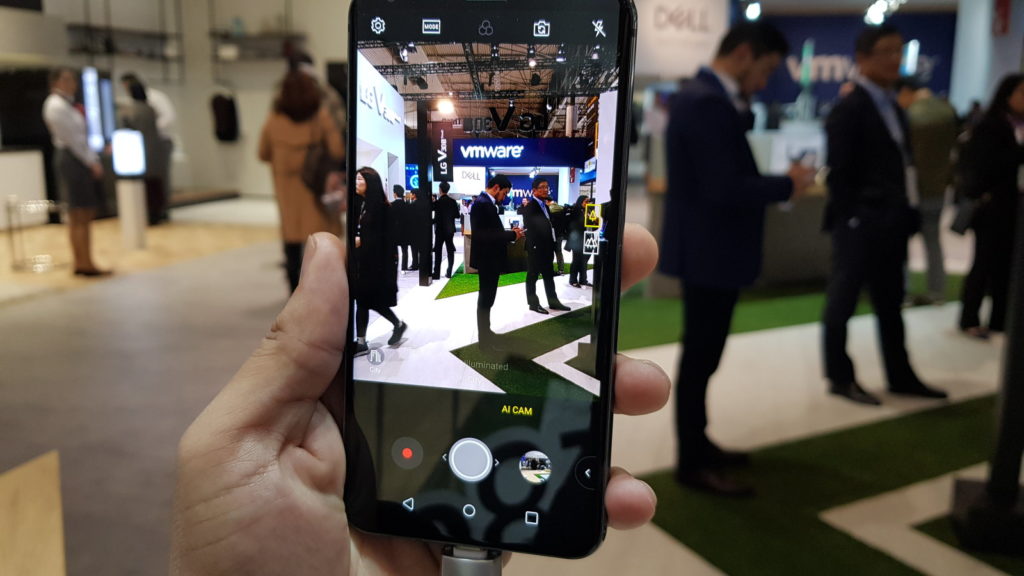 The LG V30+ is a really great smartphone in its own right, owing to its durable design, capable wide-angle camera and great audio chops.

In lieu of the LG G7 (and in the face of a changing strategy), the Korean firm used MWC to show off its LG V30s ThinQ instead. The tweaked model ups the RAM to 6GB and bumps the storage to 128GB or 256GB. Much like the Nokia 8 Sirocco, LG has decided to keep the Snapdragon 835 processor, meaning hardcore spec junkies will want to wait. Otherwise, in my brief time with the phone, I was happy with the performance, UI navigation, scrolling and the like.

LG is touting the phone’s AI credentials though, claiming better scene/object/subject recognition and a bright mode for low-light shots — let’s start with the former.

The scene/object recognition stuff is somewhat disappointing at this stage, as you see several words pop up in the viewfinder (architecture, group of people, text etc), before the phone settles on something specific. It takes a short while though and it’s not as fast as the Huawei Mate 10 most of the time.

I’d expect the speed to be buffed before launch, and while it can be capable of great recognition at times (it recognised “formal wear”, “people in the background” and a “business person”), we’re definitely hoping for plenty of optimisation. Heck, it even told me I was looking at a city while I was pointing it out onto the MWC floor. Another occasion saw it tell me that I was looking at architecture, when I was looking at the show floor again. These can be understandable mistakes, but the average consumer won’t be as forgiving.

The bright mode is probably the more practical feature, as LG claims it’ll increase brightness by a factor of two in low light. Check out a shot below, but bear in mind that my smartphone camera (while giving a good idea of what I saw) isn’t 100%  representative of what you might see in person. According to an LG employee at the demo booth, the feature uses oversampling to achieve brighter results, essentially combining data from several pixels into one to produce a better result, ala Sony and Nokia. The end-result is a brighter photo that weighs in at 4MP (2328×1744), reaching HTC One levels for resolution trade-off.

Don’t expect to crop into these images then, but it might work fine for social media. I’m not sure whether these images are much noisier too, but here’s hoping LG cleans it up before launch. You won’t be able to use bright mode with the wide-angle camera, as far as I recall (I might be mistaken), but it’s still refreshing to see a different approach to low-light photography.

The LG V30s ThinQ also features a suite of recognition tricks (grouped under the QLens name), namely QR codes, visual search and shopping by object recognition. It’s basically Samsung’s take on Bixby Vision, and much like Samsung’s offering, it’s not really going to make you say “wow, now that’s why I need this phone”.

Unless LG has done some under-the-hood hardware tweaking, there’s really no reason why the recognition stuff and bright mode can’t come to the vanilla V30 (as well as the QLens options) via a firmware update. And if the rumours are true, then we can expect the real  2018 flagship (the G7) to launch a short while from now. 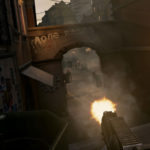