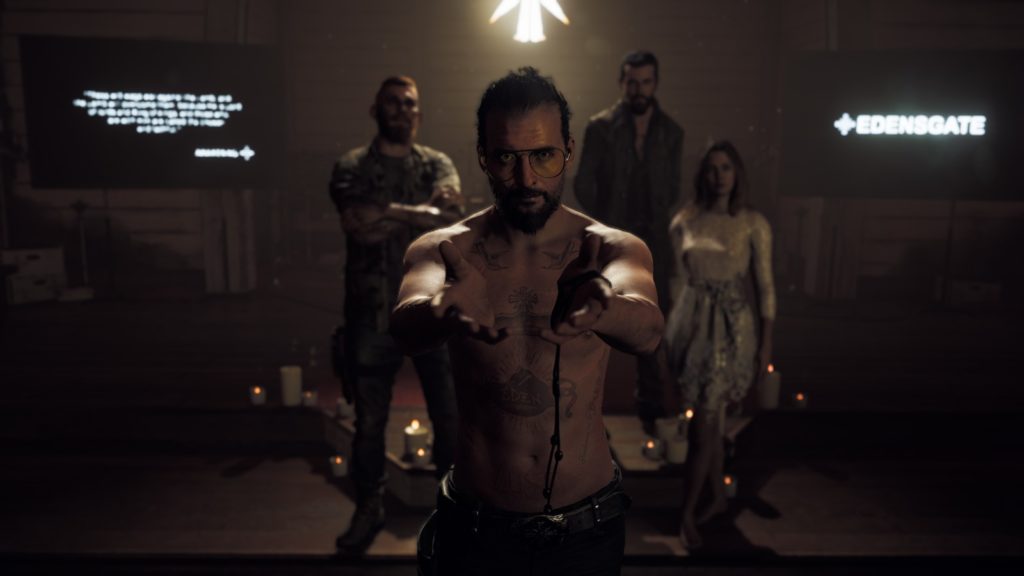 There are some games you come across at certain points in your life that draw you in and never let you go. Just Cause 3 was one.

While the late 2015 title was a complete mess on all platforms, and had a weaker storyline than most episodes of Peppa Pig, it was primal fun. Flying across the map like a harbinger of death and destruction, walking away from your newly exploded petrol station with your shades on, and just pretending to be a budget Marvel superhero clad in denim, made the game irresistible.

Roll on 2018, and there’s a new pretender to the total mayhem crown.

Far Cry 5 really doesn’t feel like a Far Cry game at all. It could easily have been called Just Cause 4, and even takes a leaf from Rico Rodriquez’s destroy-and-liberate playbook. Joseph Seed is known throughout Hope County for renouncuing the devil, and upper body clothing items.

You’re known only as “deputy” and tasked with liberating civilians from a militia-powered religious sect controlled by a man known as Joseph Seed, or The Father. Seed and his other three mini-boss siblings, control a vast swathe of Hope County, and its up to little ol’ you, doing tiny things one after another, to build a resistance against this regime.

While Rico had a reputation by the third instalment, Far Cry 5 protagonist’s skills, savvy and resolve is an unknown, and is never adequately revealed in any capacity in story or gameplay. Nevertheless, the storyboard is simple enough really. Beyond the narrative, it’s like every action RPG game you’ve played in recent years.

Liberate sections of the map by completing a set number of tasks to claim control over them. These tasks can fall within the spectrum of mundane freeing captured civilians to more enthralling retaking of strongholds like bars, strip clubs, and churches. They send five people into a heavily-guarded religious militia to arrest the leader. How could it possibly go wrong?

Unlike Just Cause 3 however, Far Cry 5‘s story gets in the way of the fun. Often missions are tedious “do not kill the civilians” quests, where sneaking and cunning are more powerful than simply raining hellfire on the baddies.

And stealth sniper gunplay doesn’t work either, unless you’re playing on the PC, gain enough cash to cop a silencer, or just happen to main Widowmaker. Melee stealth, on the other hand, as a combat mechanic is insanely overpowered. Assassin’s Creed: Far Cry, anyone?

Strongholds with some 20 odd enemies can be taken down one by one through planning with an overpowered binocular, a combination of strategic rock lobbing, and mashing R3 as soon as the enemy is daft enough to investigate your pebble.

And when it comes to general gun battles, Far Cry 5 rather disappoints. Many of the lower end guns feel all too similar, but this does change the more you progress in the game, and the more in-game currency you earn along your way. You can purchase more entertaining guns, bows or flame throwers at your nearby in-game Walmart. But this also means you’ll have to use the shitty guns before you really start having fun.

Many people I’ve spoken to love Far Cry 5‘s gameplay, but it all felt really samesy to me. And this isn’t a new phenomenon either.

Even though I enjoyed Far Cry 4 (because who doesn’t like riding elephants while dual wielding automatic sidearms like Rambo), the story was incredibly weak. I didn’t care for Ajay Ghale, largely because it was difficult getting to know a character with no arc. This is Boomer. He helps you murder people while forgetting that this game has a story. You can also pet him. He’s a good boy. 12/10.

In Far Cry 5, there is no “protagonist” per se. The deputy is a nameless, faceless conduit for destruction, which doesn’t let player build emotional attachment even if there is a story running through the game. There is no character arc for a character that does not speak at all.

Unfortunately, I didn’t really gravitate towards any B characters in Far Cry 5 either. Perhaps that’s because large parts of the game’s story is told through lengthy cutscenes, ruining the flow of the game, but also severing any immersion you may have harboured.

Characters rarely divulge story while in motion too, sticking to routines or remaining seemingly okay with talking about the news of the day while their dying colleague rolls around at their feet.

Boomer and Peaches — a doggo who you can petto, and a cougar — show more emotion than any other speaking characters in this title. And don’t get me started on Joseph Seed. While overly affectionate and oddly creepy Pagan Min was easily the highlight of Far Cry 4, man-bun Instagram influencer Joseph Seed is about as intimidating as a Gap salesperson, lacks sass, and is aloof in the worst way possible. I get the feeling that he’d rather be posting Instagram stories about his morning sunrise coffee on the promenade, than be part of this game.

But character annoyance doesn’t stop there. You can hire C characters to tag along on missions and selectively kill targets you instruct. This does come in handy in some strategic scenarios, and feels a lot like Ghost Recon: Wildlands, but they’re a verbal and physical hindrance.

Often my stealth was ruined thanks to a brick-wall NPC blocking my path. And for some reason, they feel the need to comment every single time they get on your quad bike or into the car you just stole.

“I’m here buddy, thought you were gonna leave me behind,” one quips. “I was hoping I had,” I mind. Well this is all too real.

Overall, the characters and tone of the story seems a tad too serious for the comical mayhem that ensures hourly in Hope Country. While this could’ve been the most daring of all Far Cry narratives, tacking issues of class, race and religion in contemporary United States in one slick, technically-brilliant title, it simply tips its hat in its direction, and walks off to blow up another gas tanker.

Far Cry 5 isn’t a bad game at all. In fact, it could very well be one of the most polished titles — at least visually — to come from a Ubisoft studio in a good while. Hope County is given such depth simply through the fauna and flora, the sunrises on glistening lakes, and the conifer needles as they refract the sunlight.

Even ground foliage, flowers, pumpkins, home interiors and vehicle accents are shown so much love by the designers. All this, and the game never seemed to drop notable frames, or trudge along like Assassin’s Creed Unity upon launch.

Yes, there are bugs. Really weird bugs. But I’ve yet to encounter one that broke the game. The amount of detail in this scene — from the wood grain to the cupboard handles and cash register in the corner — is astounding.

So ultimately, the question is this: is Far Cry 5 a Far Cry game?

I want to say no. I want to suggest that if Ubisoft released it as an entirely new franchise — that also features murderous eagles and blood-lusting bears — that it would’ve still done extremely well. (Note: it is doing extremely well at present.)

Just running through the world on foot, you’ll have no problem finding something to do, be it wrestle with an angry wolf, save a stranger from a flame thrower-wielding ZZ Top band member, or saving Peaches from 15 angry enemies armed with enough ammo to take down a triceratops. You’ll never be standing still for too long.

While I may have unfairly compared Far Cry 5 to Just Cause 3, both titles share so much. Far Cry 5 is arguably more addictive, thanks to its bevy of weapons, addition of stealth and a deeper, more interactive world. But on the pure fun factor, Just Cause 3‘s story never stands in the way of the entertainment like a find-the-key puzzle, or a daft NPC. It has a story, but it doesn’t hinder the gamer’s agency. LOOK AT THE DETAILS IN THIS SCENE!

Movement mechanics are slick, and the game even does Far Cry‘s wingsuit better. Fight me.

And I don’t need to mention Rico Rodriquez, either. The man who really deserves his own Netflix originals apartment-based sitcom by now.

Ultimately, if you ignore the story, Far Cry 5 is one of the most entertaining games you’ll play this year. But do be warned, buying this game at launch at its astronomical launch price, is a very silly way to enjoy yourself over a long weekend.

Verdict: Technically, Far Cry 5 is beautiful, its gameplay is entertaining and the overall mechanics are simple, but it lacks an engrossing story, replayability and a protagonist that makes you feel like you’re a real agent within the world. If Ubisoft wanted to play the all-out mayhem card, it failed by weighing the game down with needless dialogue, restrictive missions, and a clumsy pseudo-thought-leader story. But at least it’s pretty! 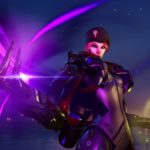