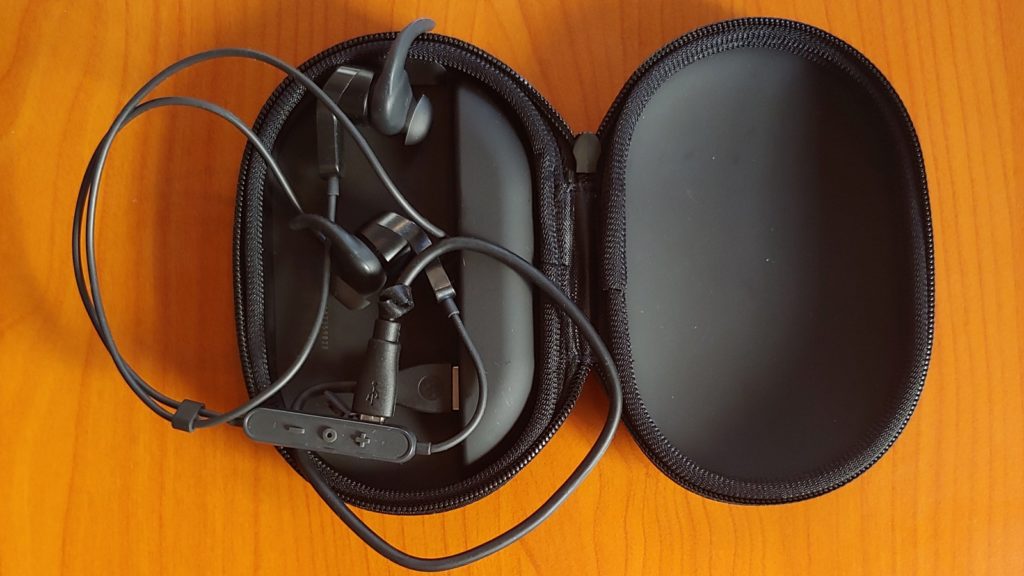 “How didn’t they think of this before?” is a question I had when picking up the Mophie Power Capsule for the first time.

To oversimplify it, the Power Capsule is effectively a hard case with a built in powerbank that lets users charge their wireless earbuds, wearables or any small tech gadget that can fit within it.

Users get 1400mAh of juice, which is incidentally the same size battery as the Vodacom Smart Kicka. But you won’t be charging phones using the Power Capsule. 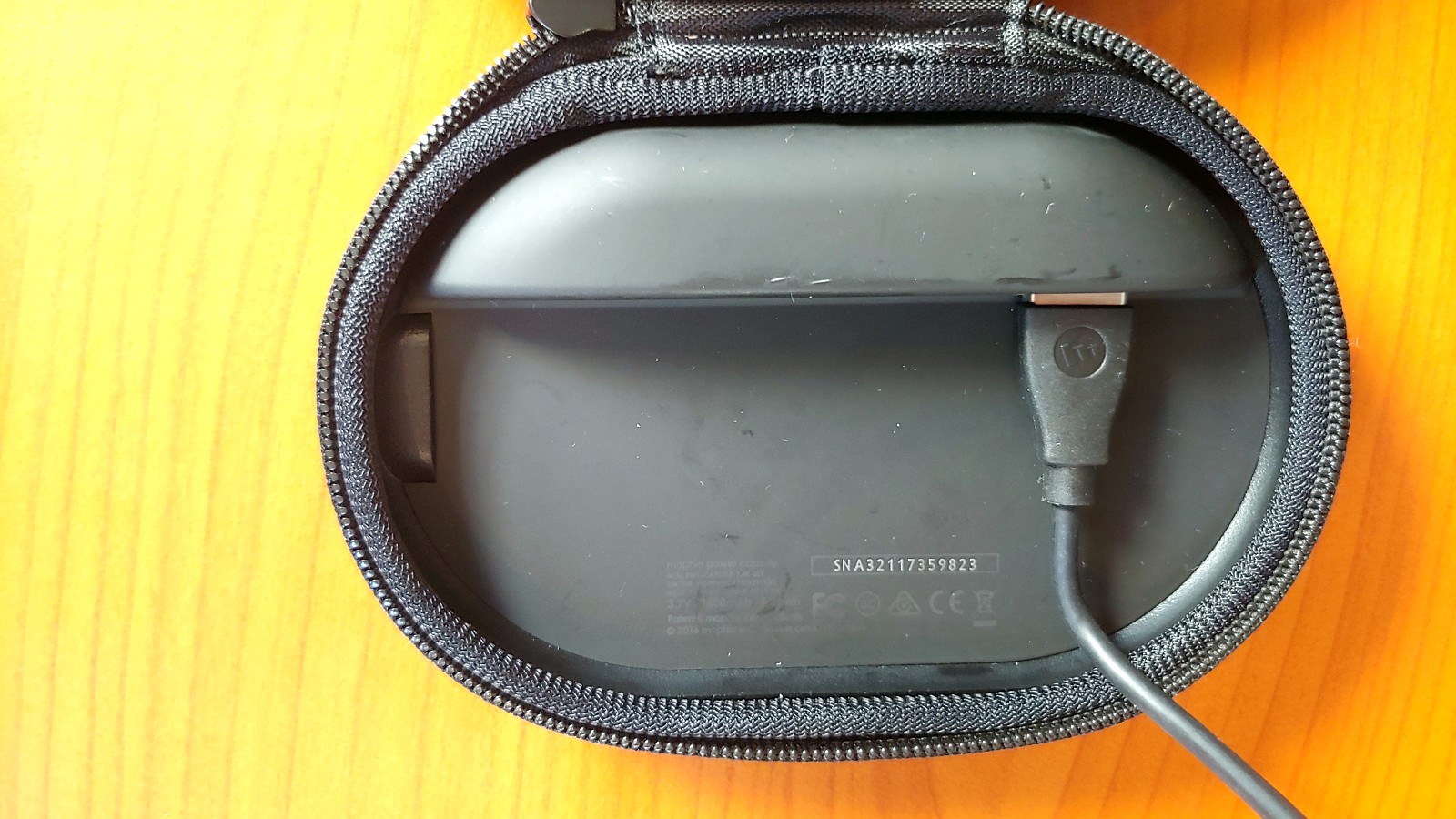 Instead, the rubberrised pouch is opened by means of a sturdy zipper and is only large enough to fit a small wearable or set of wireless earphones. Inside, there’s enough space to store two sets of earphones. Notably, I actually thought this was pretty handy. While I charged my Huawei wireless buds, I could also carry along a wired pair of earphones for emergencies. Noice!

Charging time is pretty brief too, depending on what you’re juicing. For me, and the Huawei AM60s, it took no longer than an hour to charge them fully from nearly dead. Also, I could easily and often get more than four charges from the Mophie. At that rate, I only needed to charge the Power Capsule once a week, give or take. 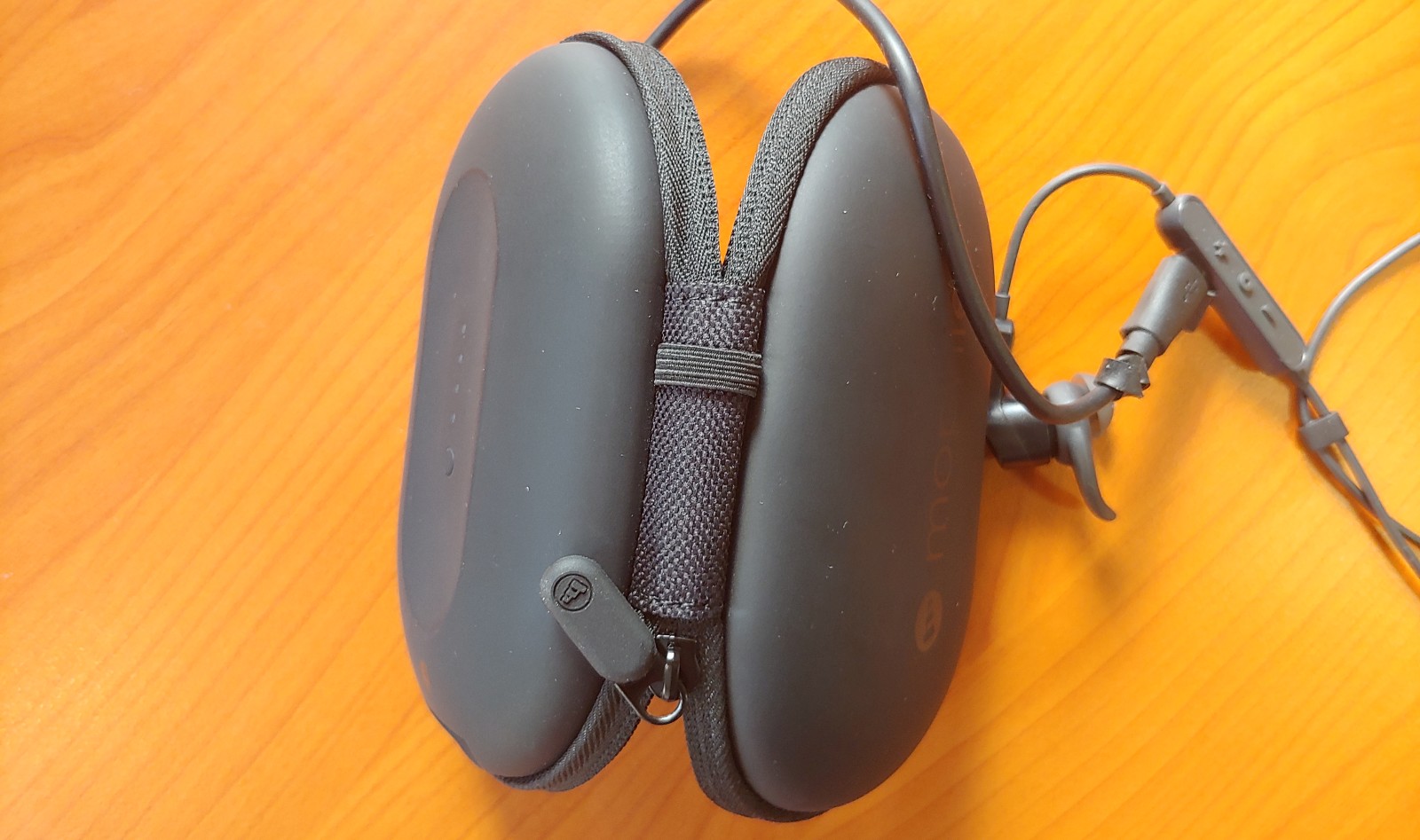 Mophie also includes a short USB-A to microUSB cable within the package. The Capsule has a USB-A port inside it, which means you can plug in your cables with other male ends to charge a bevy of devices. This includes Fitbit’s range of custom chargers (the first edition Charge fits like a glove, mind).

A button on the bottom of the Capsule also allows users to check the charge level of the Mophie. Four LEDs indicate that the Capsule itself is fully charged, while recharging it can be done through the microUSB slot on the outside of the device.

Annoyingly, there’s no real way to tell whether your earbuds are fully charged except to unzip the Capsule and check manually. And this isn’t the only issue with the Mophie Power Capsule.

For one, it’s fairly weighty for its size and a bit large for something like a compact handbag. It should slot into a gym bag or laptop bag relatively easily, but don’t expect it to comfortably slide into a pocket. 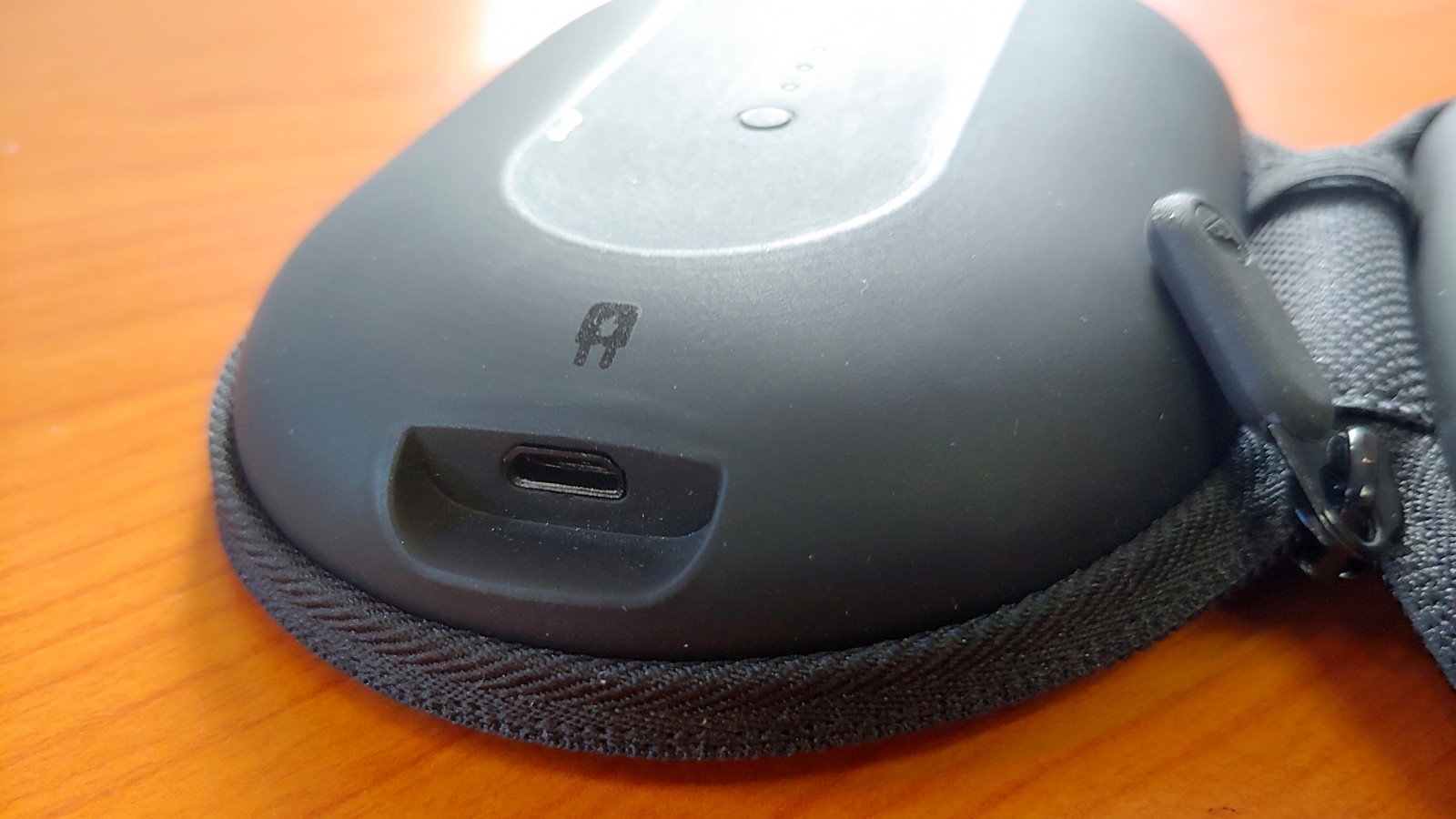 Additionally, it’s not very spacious. The power bank module inside the Capsule takes up a notable amount of space whieh leaves less room for larger earbuds or devices. I tried fitting my Huawei MiFi router into it without luck, and the Amazfit Pace fitness watch would fit a bit too snugly for my liking.

The design also won’t suit devices that use wireless charging modules, like the LG Watch Style, that have to remain on a contact patch rather than fastened by a connector. This isn’t a flaw in Mophie’s design, but rather something to be aware of.

The lack of space is further compounded by the USB-A port inside it too. The cable is pretty rigid and the plug itself takes up considerable room, leaving even less space for devices.

But those are small inconveniences rather than deal breakers. The Mophie Power Capsule seems to be one of those devices you should own as the wireless earbud and headphone revolution continues. And even if you use wireless headphones or small fitness trackers, it still makes for a pretty great storage pouch and emergency charging solution. 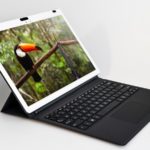