US silicon maker Qualcomm is currently enjoying Hawaii, but apart from sipping on mai tais, the company execs are also announcing big news. For one, the name and specs of its next chipset.

Set for an official announcement later this evening, it seems that some things just can’t stay secret in the tech world anymore.

German publication WinFuture, which leaked a comprehensive list of specs, confirmed that the chipset will be called the Snapdragon 855.

The 7nm-based node will feature a 5G modem and a built-in NPU (for AI, of course).

For gamers, the chipset will come with “Snapdragon Elite Gaming optimisations”, sport the Adreno 640 GPU, and feature three clusters in a four-three-one core design.

TSMC is set to manufacture the chipset.

More information will likely be revealed after Qualcomm’s official announcement. 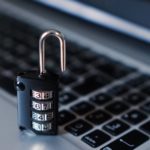