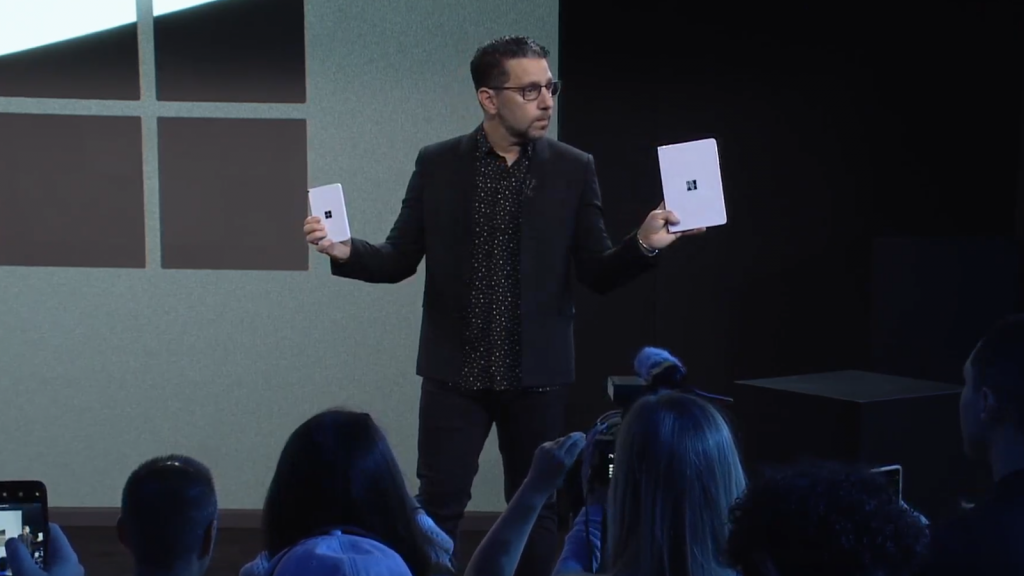 Microsoft has just launched a foldable Android smartphone. No, no. That wasn’t a misprint. Called the Microsoft Surface Duo (left), the dual-screen foldable is probably the last thing anyone expected at today’s Surface event.

The phone will not run Windows 10 though, or Windows 10X — the company’s new OS for dual screens. The OS for pure mobiles, at least for now, seems to be a zombie project.

Still, the fact that it’ll run Android means a more competitive and wider selection of apps. Microsoft itself has flooded the market with a number of competitive apps of its own.

In terms of hardware, there’s no real details on what’s beneath the skin. What we do know is that there are two 5.6 inch displays, making this thing more like a folding tablet than a smartphone.

There’s also fat bezels both top and bottom. When folded flat, it looks a lot like a folding iPad.

We can’t imagine that this will be the phone’s final form, but the middle fold ensures that each screen can run a different app, similar to how the Galaxy Fold functions at present.

And unlike the Fold, there’s no central crease between the display, thanks to Microsoft’s use of two joined by a seam, thin bezels, and a hinge.

Microsoft’s only expected to launch the Surface Duo at the end of 2020, but it’s an exciting prospect considering the company’s last smartphone efforts were far from spectacular.

If Redmond can nail the foldable smartphone, while both Samsung and Huawei flounder, it could be one of the biggest comebacks in tech history. 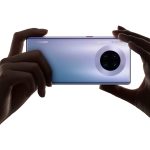