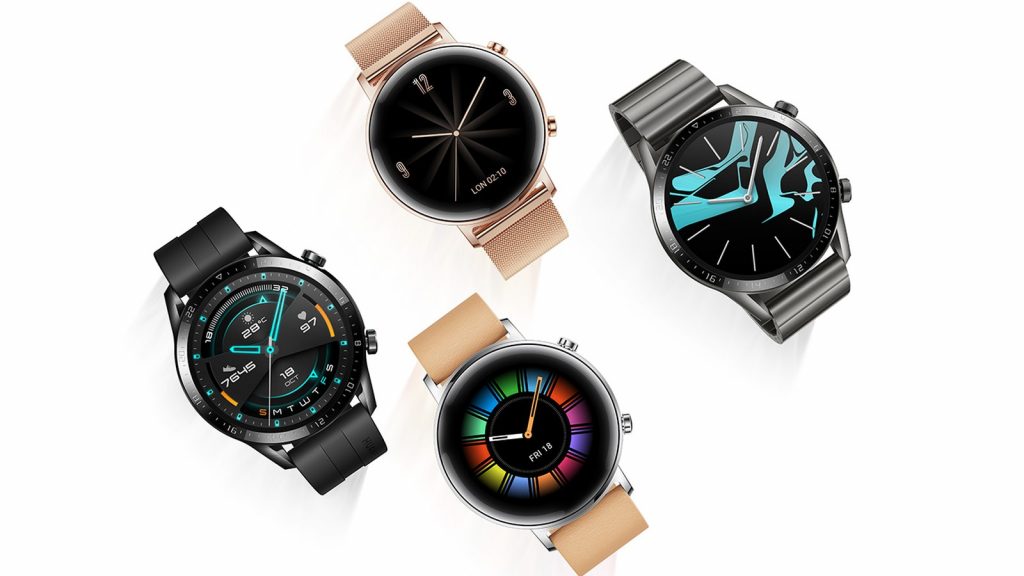 Two smartwatches from two juggernauts in the industry made their debut this year. The Huawei Watch GT 2 is the company’s newly-announced multi-sport fitness watch, replete with a 46mm face.

Earlier this year, Apple updated the Apple Watch to its Series 5 spec.

The two devices will compete for users’ wrists heading into the holiday season, but which should you purchase?

Get ready for a head-to-head between the Huawei Watch GT 2 and the Apple Watch Series 5 below.

The Apple Watch Series 5 features a 1.78-inch OLED display with a 448×368 resolution. It’s still employing the rectangular shape we’ve become accustomed to, which does make the screen seem smaller than it is.

It’s also available with a stainless steel frame and a ceramic back, and a number of watch faces are available on the watch’s app store.

The Huawei Watch GT 2 46mm looks and feels more like a traditional watch, for those who don’t want to sacrifice classic style. It features 3D curved glass and a dial finished via multiple metal processes. Its new aesthetic design features a 1.39-inch circular AMOLED display with a denser 454×454 resolution. This means it has a higher pixel density than the Apple Watch Series 5.

Users can also choose from a number of watch faces to show off their personal style.

Apple Watch Series 5 includes eSIM support, which allows users to place calls without the need of a phone in select countries. It also supports data networks, including LTE.

Running on Apple’s WatchOS 6.0, the Watch is compatible with a number of apps, too, and includes a barometer, heart-rate sensor, and compass. Bluetooth 5.0 support also features with 32GB of internal storage on the watch.

A microphone and speaker allows users to contact Apple’s voice assistant, or reply to messages on the fly.

The Huawei Watch GT 2 features its first self-developed wearable chip in the Kirin A1, which supports Bluetooth 5.1 with 4GB of internal storage.

Huawei’s focus is on fitness tracking, smart sleep and health tracking, and personal training, so it also includes a heart-rate sensor, barometer and compass. Onboard GPS and GLONASS location tracking technology is also supported.

Apple Watch Series 5 tracks can monitor a of workouts on the fly, including running, swimming, biking and yoga through its Workout app.

The Watch Series 5 also measures current elevation, counts steps, measures heart rate and tracks what it calls the three activity rings. These are movement, exercise, and standing time. Users can also compete against one another through the Watch Series 5 to complete their rings.

Other notable features include fall detection, an SOS feature, and its breathing dial. Importantly, Apple Watch Series 5 does not track sleep.

The Huawei Watch GT 2 does its TruSleep technology. It evaluates sleep quality in real time by tracking the wearer’s heart rate and breathing quality throughout the night.

It can also identify typical sleep issues, from the inability to fall sleep at night, to early awakening, and offer suggestions on how to improve sleep quality.

Huawei Watch GT 2 users can also take advantage of exercise courses, which is lacking on the Apple Watch. The GT 2 can track more than 15 different types of sports and activities. This includes eight outdoor sports and seen indoor sports.

It also samples and monitors the wearer’s rate of oxygen consumption thanks to a VO2 Max sensor located alongside the heart-rate monitor.

The watch can track approximately 190 types of data, analyse that data, and provide professional advice post-workout.

The Apple Watch Series 5 does last longer on a single charge than the Series 4, but its battery life remains at around 18 hours.

The Huawei Watch GT 2 46mm battery can last for up to two weeks. This is thanks to the device’s power-saving algorithm which identify users’ habits and allocates power when needed. It also has a large battery for a multi-sport fitness watch at 455mAh.

Finally, the most important factor of all for many South Africans is the price. How much does the Apple Watch Series 5 and Huawei Watch GT 2 46mm cost?

The Apple Watch Series 5 will cost users R7999 for the smaller 40mm version. The larger 44mm version will cost R8999. 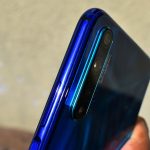