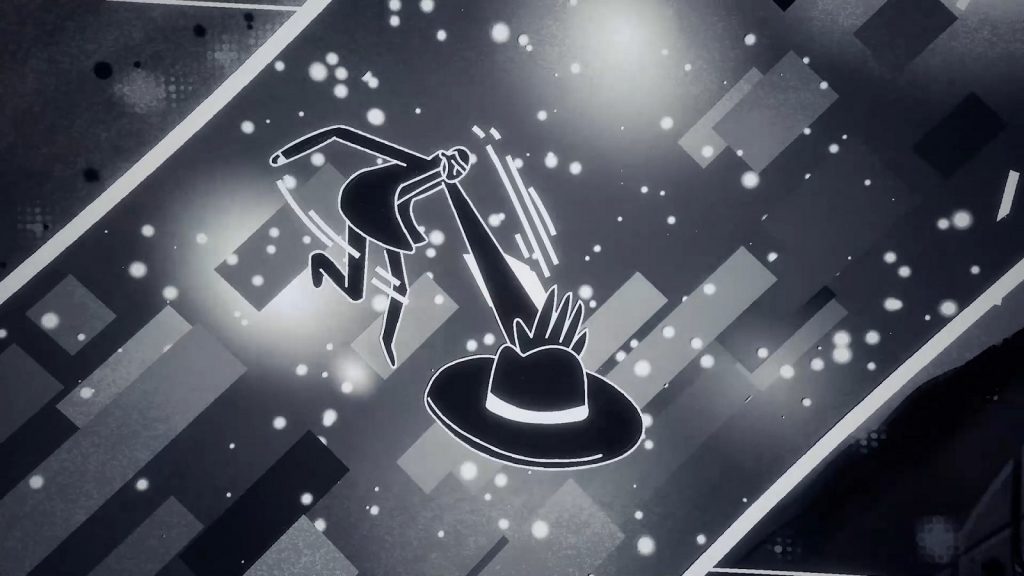 There is so much happening in this new indie title. Its connection to its medium is almost immediately lost in its splendor. To call this surreal title from developer Feral Cat Den a video game is a bit of a stretch. Nevertheless, as it arrives on consoles and PC, there’s a lot to unpack here.

A crime of passion 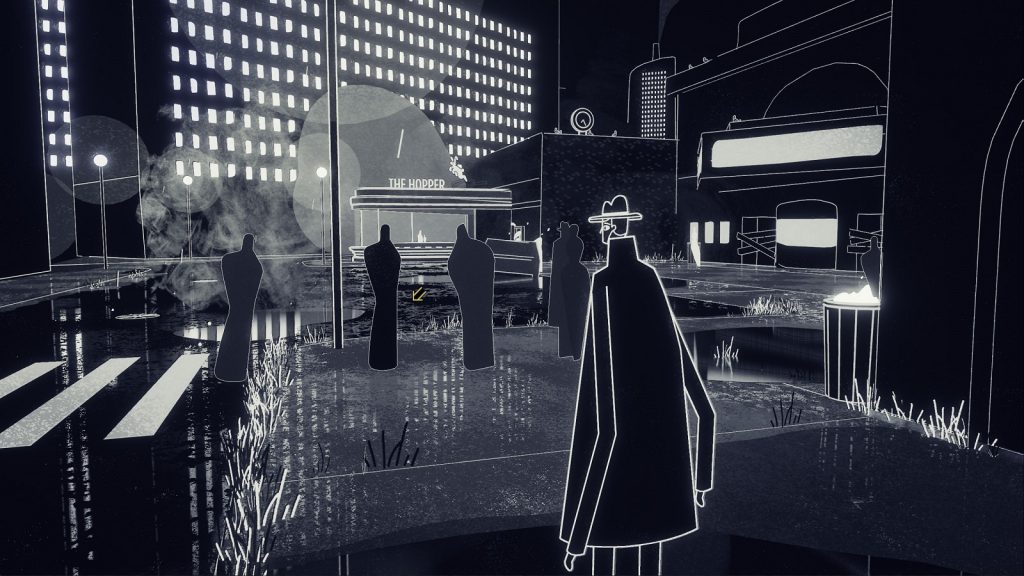 Genesis Noir has been teased to gamers since 2017. The game was successfully funded on Kickstarter, making numerous appearances at gaming festivals during the last three years. It is Feral Cat Den’s first and only project, which fits into the perception that a lot of passion and work went into this.

Creative lead Evan Anthony is trying to tell a very ambitious story, making for a game that is aggressively indie.

Described as a cosmic adventure, Genesis Noir follows No Man, a struggling watchmaker who falls for singing sensational femme fatale, Miss Mass. One stormy night, No Man stumbles into a universal conspiracy as Miss Mass is gunned down by chaotic saxophonist Golden Boy.

The gun goes off with a Big Bang and No Man sets off on a journey across the lifespan of a universe. Along the way, he investigates what happened between Golden Boy and Miss Mass, a case that culminates in questions about life, time, space, and what happens before and after all of it. 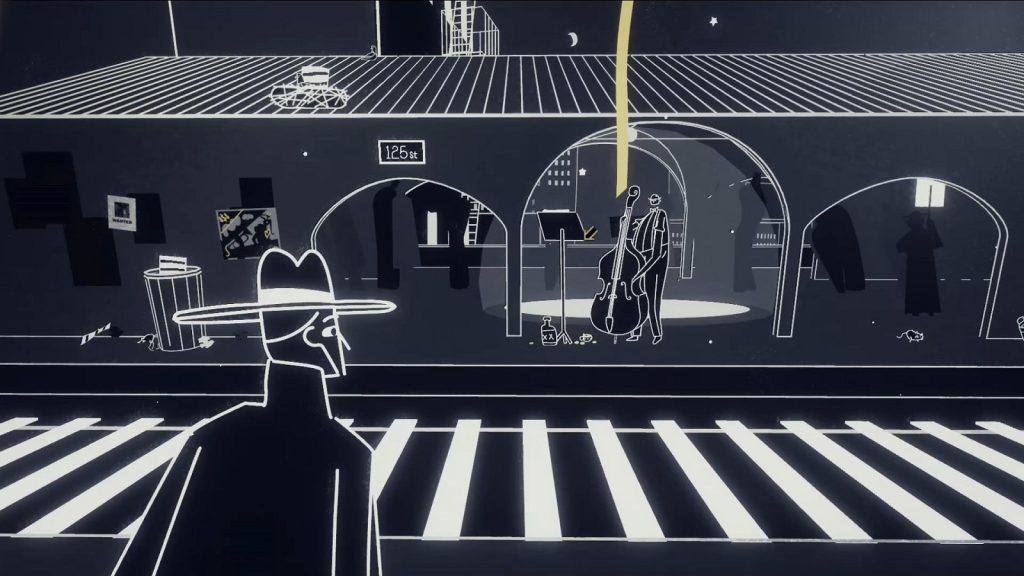 Genesis Noir is not for everyone. The game is less interested in traditional gaming mechanics and more about storytelling and an overall visual experience. All good by me, but this is a niche genre that you have to have an appreciation for to enjoy.

Most of the problems to be had with Genesis Noir can be found with this. Small, unique puzzles litter the chapters with players sometimes controlling No Man’s movements to progress through the different story chapters.

None of the gameplay is difficult, but often it is so simple you’re left wondering what you’re supposed to do. Some puzzles can be frustrating too. There’s a particular one where you have to fluctuate sounds and decrypt a mathematical formula that just left me seething.

Genesis Noir is more interested in taking players on a journey and frankly, it’s quite the journey.

Genesis Noir is a feast for the senses 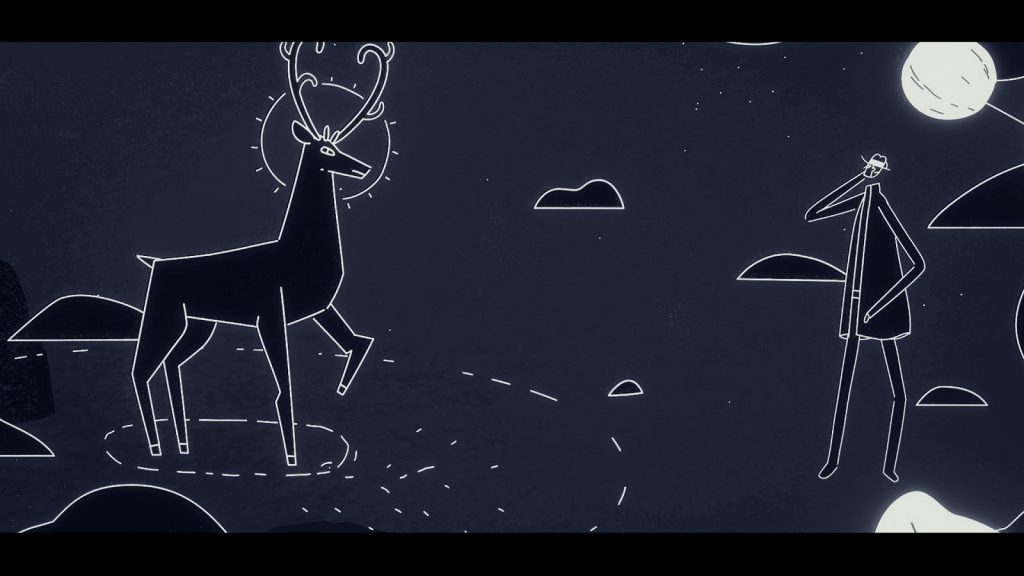 The real star of Genesis Noir is its visual execution. No other game looks like this. While the majority of the game remains monochromatic line work, it compensates by going beyond the film noir setting of the city and into natural and galactic landscapes.

Every shot is gorgeous and the use of different frame rates and aspect ratios creates an amazingly fluid experience. The spectacle isn’t a complete dive into absurdism as there’s still a narrative tied to it. However, it is so good it alone justifies a playthrough.

The same can be said for the music. Even though the game was marketed with mostly the city noir and jazz elements in it, London-based music group Skillbard created a beautiful and genre-diverse soundtrack. I really hope it gets a standalone release.

A comprehensive lesson on the universe 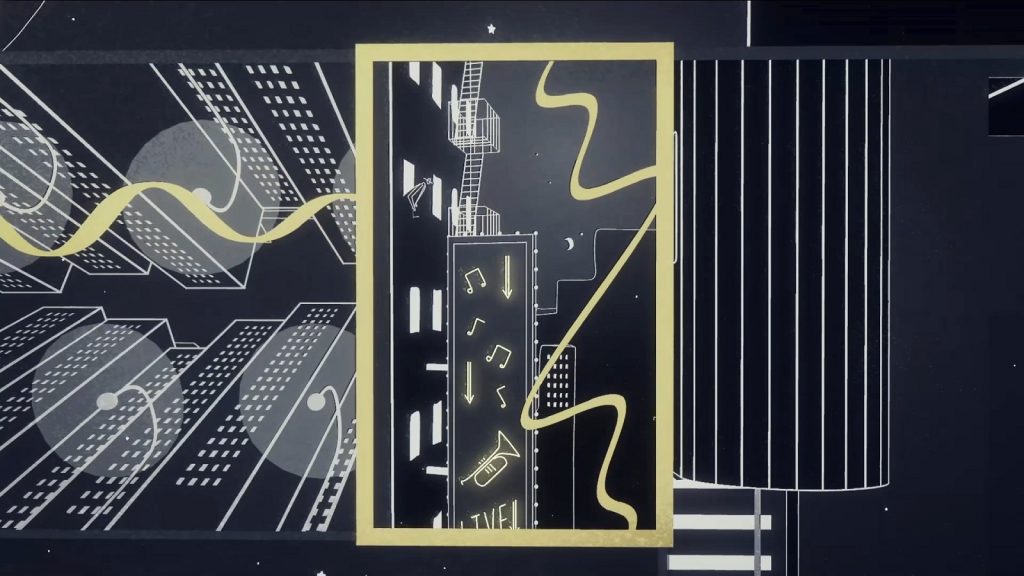 As you progress through the game’s chapters, you are treated to a very interesting science lesson on how we came to this plane of existence. Genesis Noir explains scientific phenomena that tie directly to what is happening throughout the story.

I’m not kidding, this game introduced me to fascinating concepts such as the Penrose Process and Rare Earth Hypothesis. It succeeds in applying scientific knowledge to the surreal world it has created. Despite the frustrating and simplistic gameplay in some areas, I was never once bored by the game and had no idea where all of this was heading.

This level of comprehensiveness extends into the writing of Genesis Noir. While it’s easy to connect No Man to the concept of time and free will, Golden Boy and his role in the game is downright genius.

The physical embodiment of a mathematical formula, he is the driving force that connects the human experience to the greater phenomenon of the Big Bang.

The story is lacking in some places. The finale with the three characters makes sense and works as a whole. But the plot loses some of its strength as you spend more time travelling through the ages. This is a consequence of throwing so many ideas into your game. 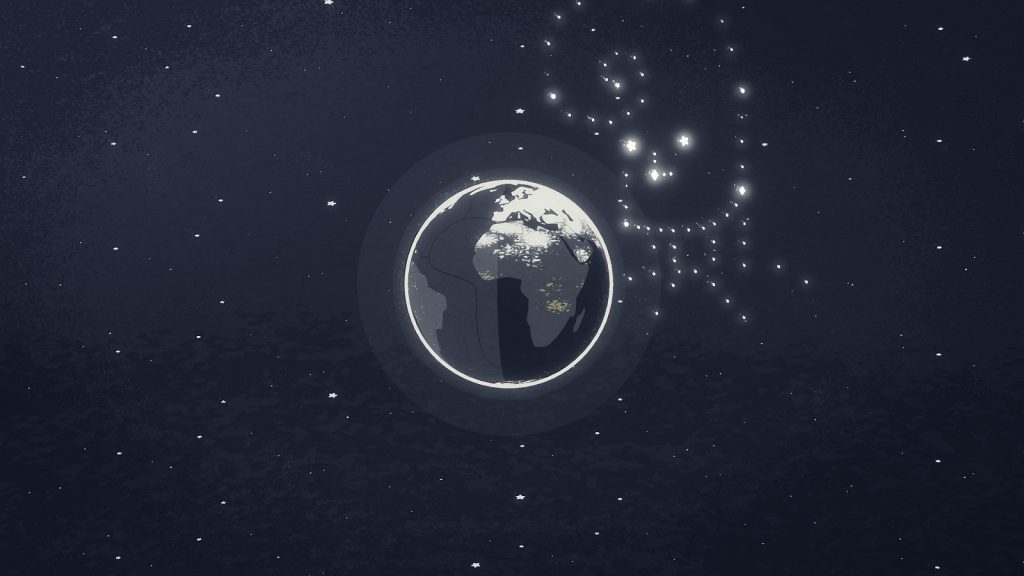 You have to enjoy the kind of game Genesis Noir is to properly get something out of it. It’s interactive storytelling where you guide the lead character along his journey and solve some odd puzzles along the way.

It ultimately succeeds thanks to its visual and audio experience. Sometimes the story can fall under the weight of other elements such as the scientific undertones, and it could be optimised better in terms of player navigation.

But you are left intrigued as to where the story will head at every turn. After four years of development, it shines like the stars it traverses.

Genesis Noir is on PC, Mac, Xbox One, and Nintendo Switch 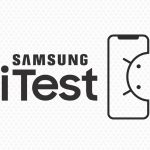