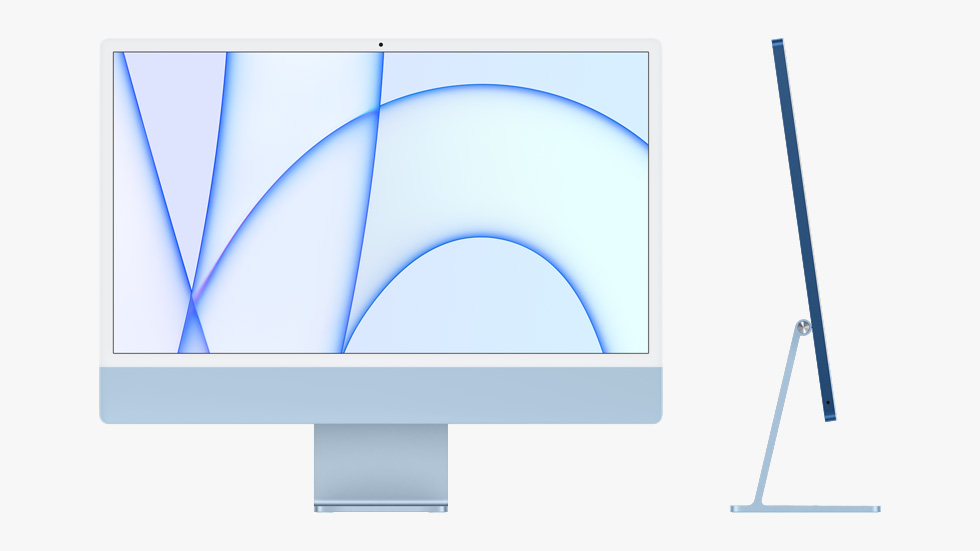 Apple has released the price information in South Africa for its latest collection of devices including the iMac M1, iPad Pro M1, AirTag, and next-gen Apple TV 4K.

Pre-orders for the new products opened at the iStore on 30 April.

Prices for the iMac M1 start at R25 999. Three variants of the iMac are available and all three feature Apple’s M1 8-core chipset. However, the variants feature different GPUs — with the entry model having a seven-core GPU.

You can see a summary of the prices below: 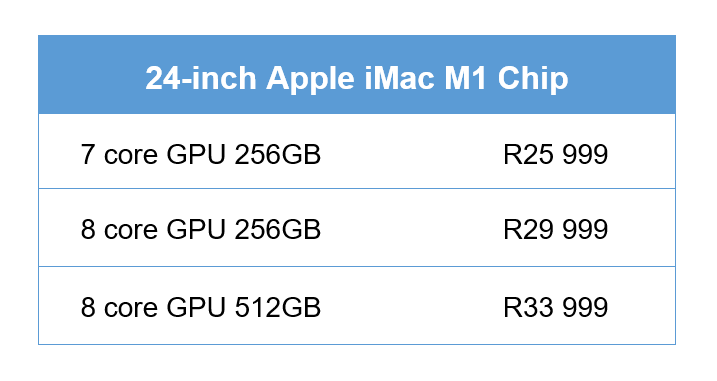 The iMac is available in seven different colours. These include Silver, Purple, Orange, Pink, Green, Blue, and Yellow.

What does the iPad Pro M1 cost in South Africa?

The 11-inch and 12.9-inch models are available with a range of different storage and connectivity options.

Check out the prices for each of the models below: 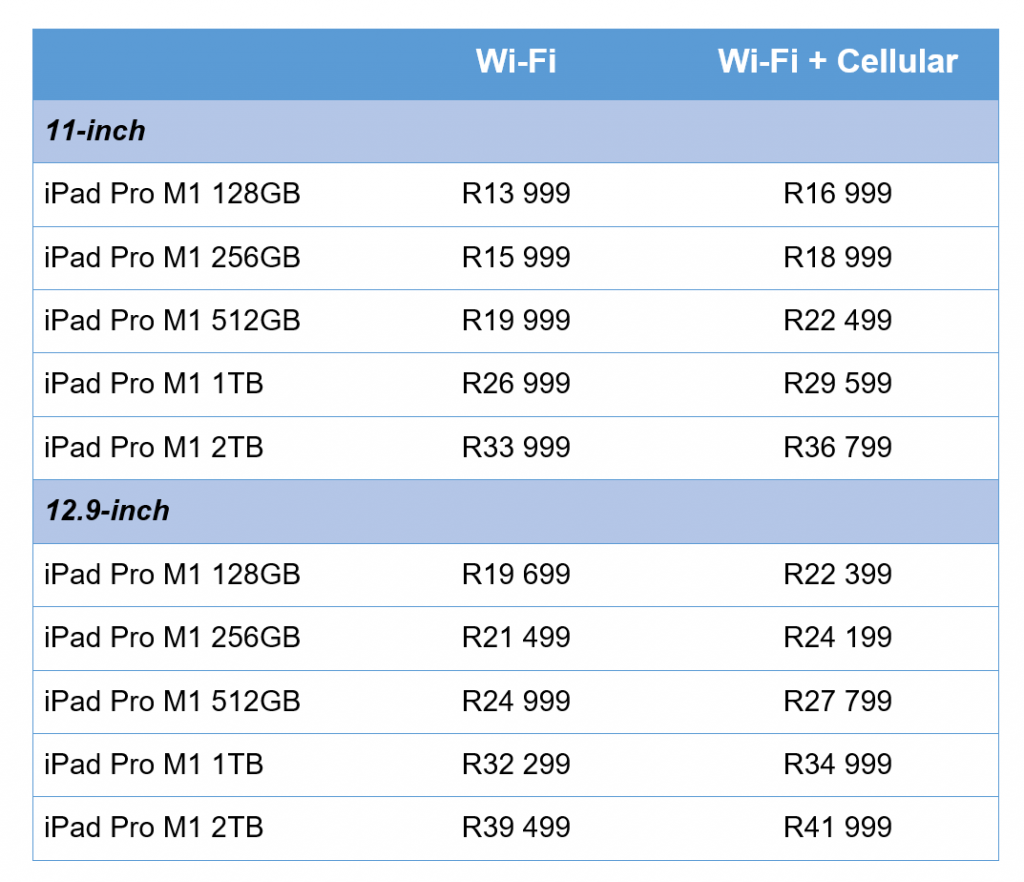 The device is available in Silver and Space Grey.

How much does the new Apple TV 4K cost?

There is also the 6th-generation Apple TV HD device available for pre-order for R2 699.

If you’re on the market for Apple’s newly announced AirTag, the accessory will also be available locally. 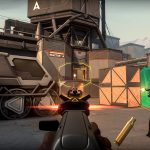