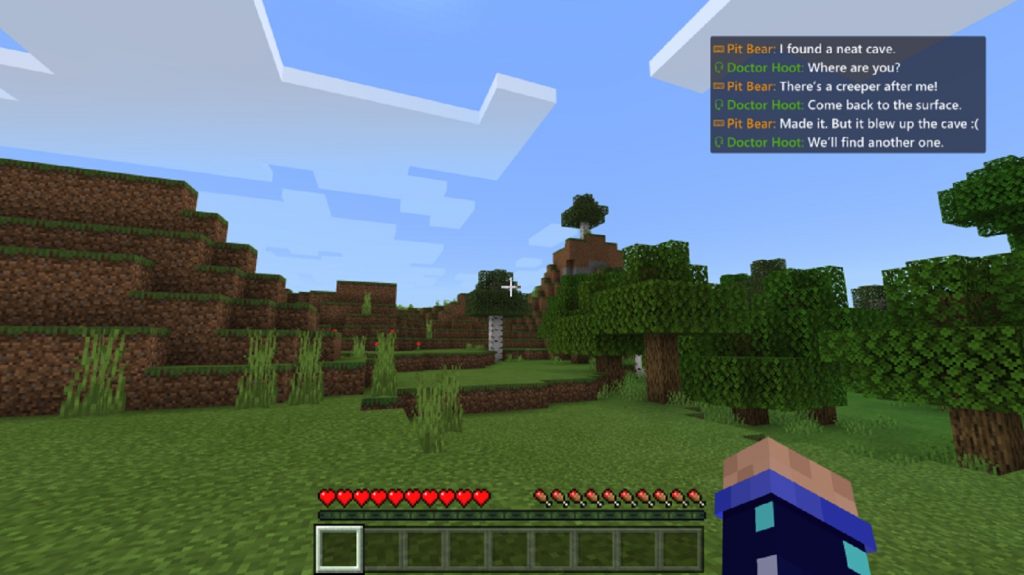 The company announced the new accessibility features on 12 May.

Xbox players can enable the speech transcription feature while in a party of players. The feature will transcribe speech into text which is then displayed on game screens.

In addition, Xbox can synthesize text written in Party Chat into audio.

“Either one of these features (or both working together) can be used to help gamers who are deaf or hard of hearing and/or cannot or choose not to speak to participate in Xbox Party Chat without special accommodation from others in the party,” Xbox Program Manager Scott Hannus said in a statement.

“They are also generally useful for detecting microphone problems or distinguishing game audio from people in the party talking!”

The new features are part of Xbox’s attempts to promote inclusivity while gaming.

The new features are available on the Xbox Insider Programme. Microsoft uses the programme to test new Xbox content before it’s rolled out for broader public use.

The speech-to-text and text-to-speech feature can be found in the Xbox settings under the Ease of Access options. 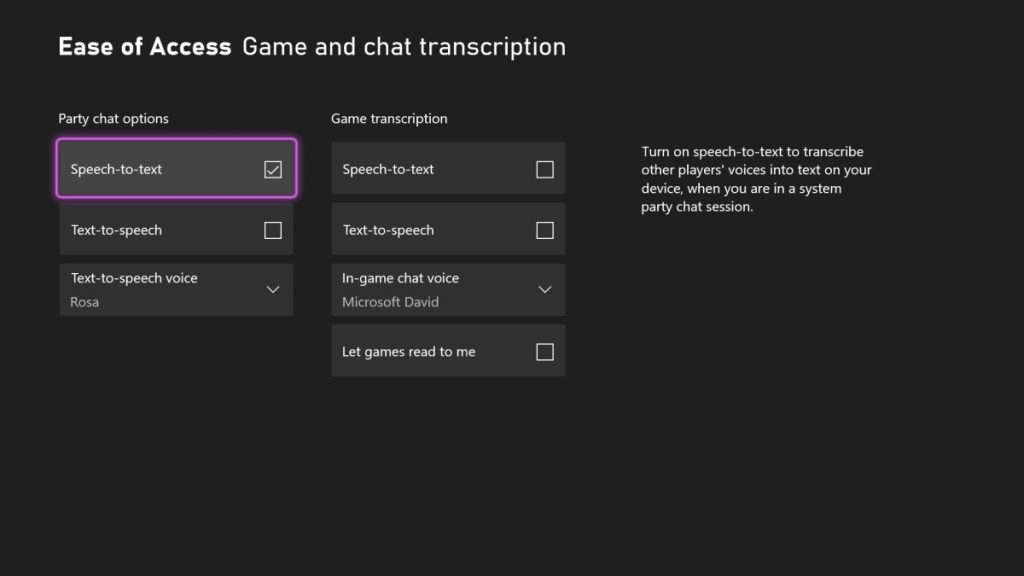 The options are broken down into two sections: Party Chat options and Game transcription. Players can choose to enable speech-to-text and text-to-speech. Game Transcription offers the same options with the additional option to let games read to the player.

Players can also choose what voice the speech sounds like. You can choose voice options such as Microsoft David. 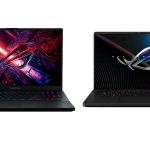