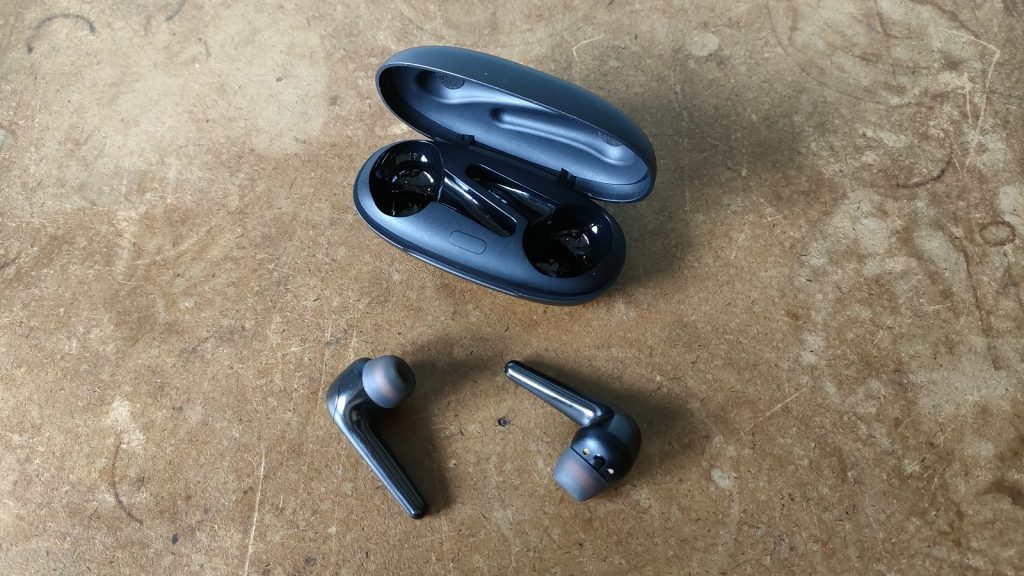 The 1More Comfobuds Pro are my kind of wireless earphones.

They boast something of a gamer, alien-like aesthetic in their appearance. The name suggests they’re ones you can wear for long periods of time without experiencing earache. And the overall package includes all the features one requires and expects at this price point.

A brand-new addition to 1More’s local lineup, the Comfobuds Pro retail for R1 899 and boast improved specifications over the standard ComfoBuds such as battery life and number of microphones. 1More itself has made real headway in offering South Africans a diverse range of audio listening accessories.

What’s great about them is that they’re not just making earphones that pair with their brand of cellphone. Their primary focus is on audio quality and listening.

We spent a couple of weeks with the Comfobuds Pro and here’s the good, the bad, and the confusing… 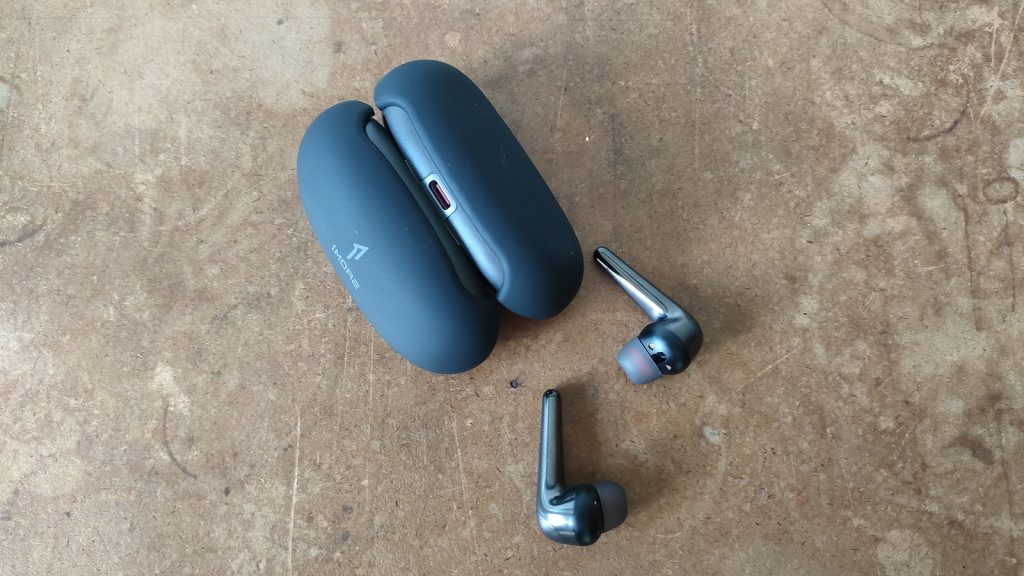 Available in both black and white, the Comfobuds are fashionable. I would worry about how clean you can keep the white ones. But our black review unit with its red accents are contemporary and they manage to hold a unique identity against other similarly-designed earphones a la AirPods.

Even though the silicon buds may make the entire design look a bit misshapen, it’s balanced overall by the size and length of the stalks.

And true to their name, the earphones are comfortable to wear for long periods thanks to their individual weight of 5.2 grams.

The earphone case is a mixed bag, however. It’s a sizeable case given the size of the earphones as it needs the space for the battery pack, and overall it’s durable and well-built.

The problem is that the earphones sit deep in it, so plucking them out one at a time single-hand is an awkward movement. The case is designed so that if you press down on the bottom half of the stalk, the other half lifts upwards, but just raising the earphones’ beds altogether would’ve been a more straightforward solution.

However, props for 1More including a set of rubber pads you can…uh…encase the case in. Yes, it does throw the case lid off-balance and it will topple over when open, but it’s a small exchange for the extra layer of protection. 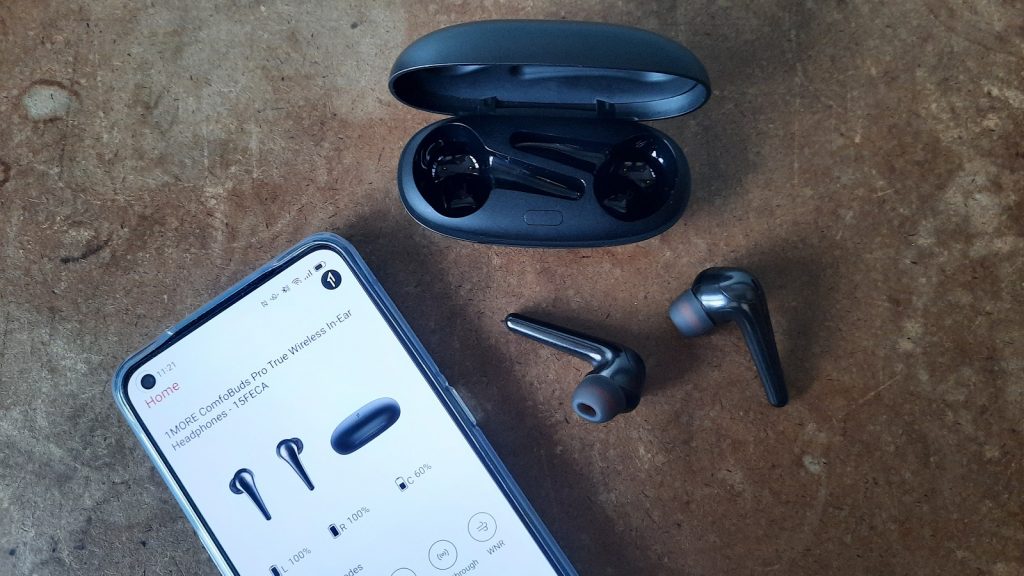 Easily, my favourite thing about the ComfoBuds Pro is their reactivity. These are earphones that plug and immediately play. Once paired via Bluetooth to your device, they connect instantaneously when they’re out of the case and in your ears.

The same goes for their touch controls and their in-ear infrared sensors that stop the music when it realises you’ve taken them out for a second. This is great stuff and it’s a feature that many wireless earphones screw up.

Using the 1More smartphone app, you can customise the earphones’ touch controls with the options being double taps, triple taps, and long presses. The 1Mo app is a straightforward experience. It has a neat layout and interface that gives all the info you need.

There is no single tap function (I suspect to avoid you accidentally brushing your ears and setting something off) and you cannot customise long-press functions to the individual earphones. But otherwise, they remain responsive and offer the full range of audio controls such as pausing and skipping tracks, and additional audio features.

Just a side note about the touch controls, one of the big problems I have with earphones having them on the device stalk means that you’re not applying pressure to the earphones’ centre of gravity.

Every so often I had to make sure they weren’t going to fall out because my tapping had jostled them around a bit. This may prove problematic if you’re an active person. 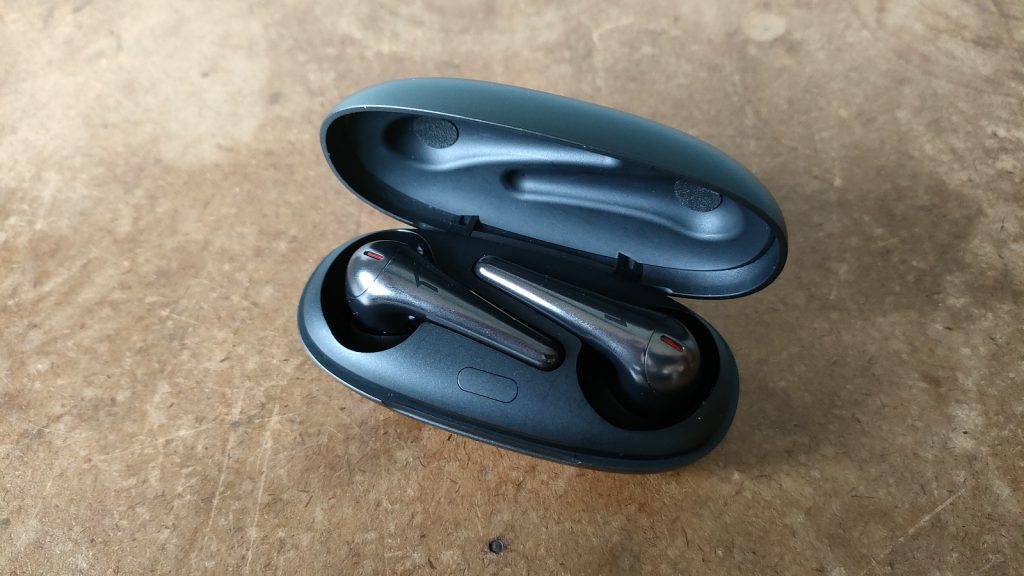 Each ComfoBud Pro earphone has a 50mAh battery pack backed up by a 450mAh in the case. This makes for a reported playback time of 28 hours (with the Active Noise Cancellation off) in total with each earphone offering an 8-hour charge each.

The earphones deliver on that promise to a shocking extent. Given that I don’t listen in ANC mode often, it was only after a week did I notice that the battery needed a charge.

Cut that time down to 22 hours with the mode on and you still have an impressive battery lifespan. 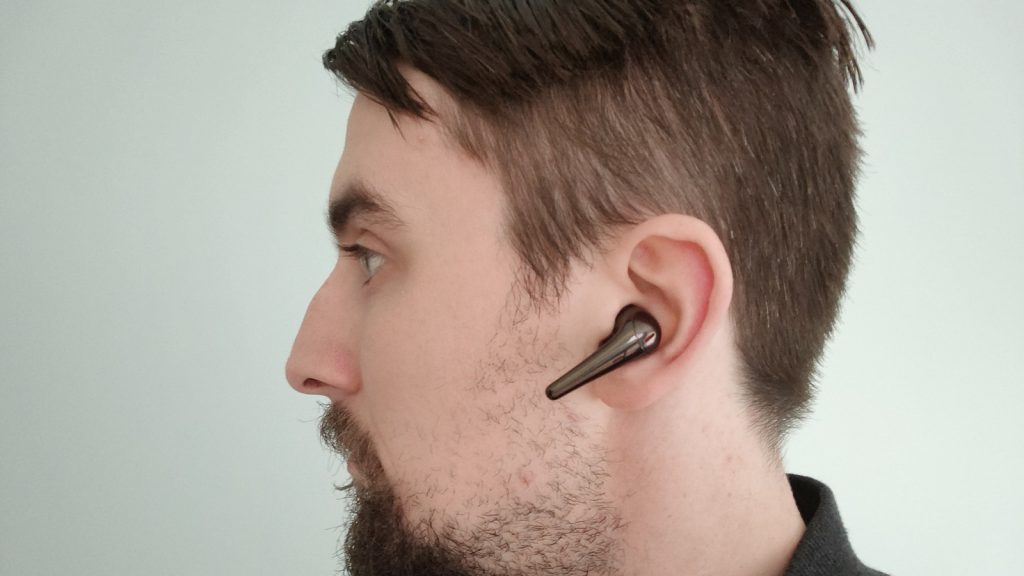 The general sound quality of the ComfoBuds Pro is adequate. There’s a decent level of bass (something I especially look for in earphones) which is good given that they don’t offer audio modification modes, only listening modes such as Active Noise Cancellation.

The quality can be impacted by how well the earphones’ fit but that is a circumstantial issue. The audio quality itself is good regardless and the 13.4mm Dynamic Driver is doing an excellent job of moderating the sound.

Speaking of Active Noise Cancellation, here is where things go above adequate. Both it and the earphones’ Pass-Through mode do an excellent job of filtering the noise in and out.

Pass-Through especially does a good job of balancing out the white noise so it doesn’t overpower the actual sounds coming from the world around you.

Same goes for using the ComfoBuds Pro to make phone calls. My callers inform me I sound crisp and clear on the line thanks to the earphones’ six microphones.

Something that does disappoint is the distinction between the two ANC modes, Strong and Mild, in that there isn’t much distinction to speak of. You’ll find yourself just using the Strong mode. It’s tied to the touch controls by default and you’ll do fine with it. 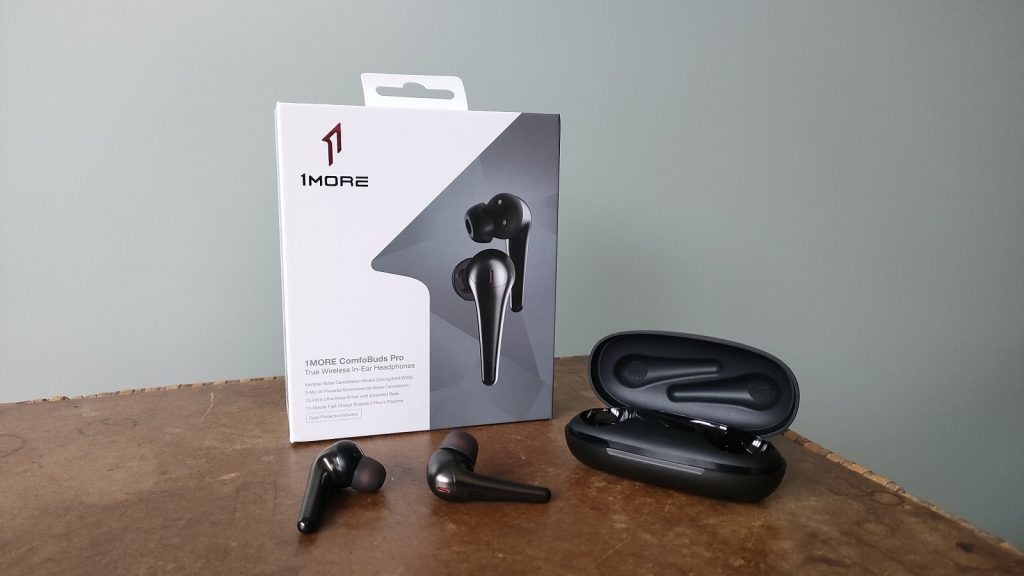 To best summarise the ComfoBuds Pro, they’re great for the basic features that wireless earphones are now known for. Earphones are a competitive business and in their case, the sum of their parts weigh more than the whole.

They’re definitely worth the value for money thanks to their sound quality and overall practicality. It’s enough to compensate for the questionable design choices and unnecessary listening modes.

Nevertheless, they are a solid product offering. 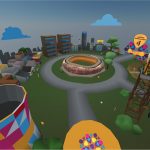