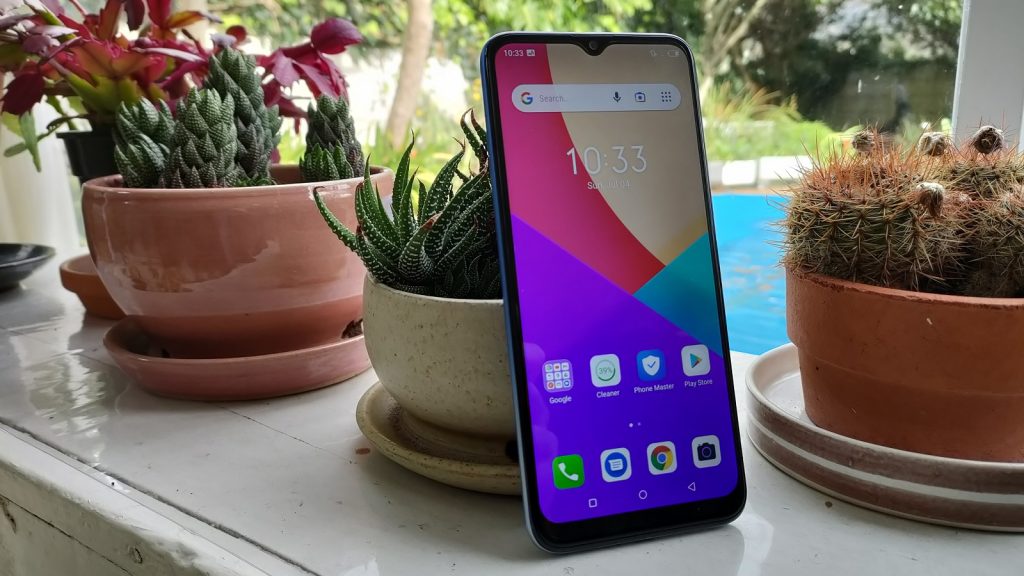 The Itel Vision 1 Pro is the kind of phone that puffs itself up and likes to think it’s battling the big boys in the upper ranges of the market. Its features clearly reflect that of a budget smartphone and while in some aspects they succeed, the overall package is a mixed bag.

Itel has made a big splash on the African continent. So much so that they’re on the list of the top 10 best-selling smartphones brands and they’ve accomplished that by prioritising good packages on the budget end of the spectrum. It’s satisfying to see a brand do this, focusing on the less expensive options that a lot of people end up buying.

The Vision 1 Pro retails for R1 699. Its price puts it up against the likes of the Huawei Y5p, Vivo Y1s, and Samsung’s Galaxy A02. It’s a crowded field where phones have to work hard to get customers’ attention.

After spending a couple of weeks with the Vision 1 Pro, here’s what we thought… 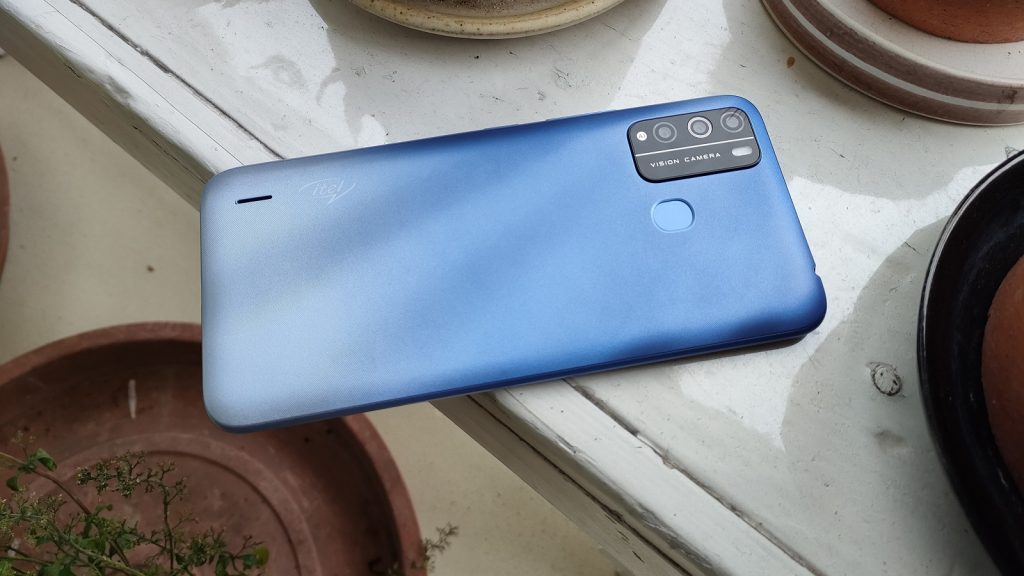 The Vision 1 Pro is a deceptively big device. One gets a lot of phone for the price with a 6.5-inch display that’s elongated by an extra-thick chin bezel. It’s on the wider side and will only sit comfortably in the grips of larger hands.

Despite its size, the phone is not heavy. It’s also not too thick and its rounded edges give off a softer presence in one’s hand or on the table.

Design-wise, Vision 1 Pro is pretty standard in layout and solid in build quality. Something that may divide users is the textured feel of the back case. Thanks to the wavy line effect, it comes off as almost sand-like to the touch and definitely isn’t for everyone.

What shows the phone’s budgetary nature is the plastic cover that comes with it. It is a special kind of bad plastic that is thin and unpleasant, existing only to serve the purpose of giving the device an extra layer of protection. 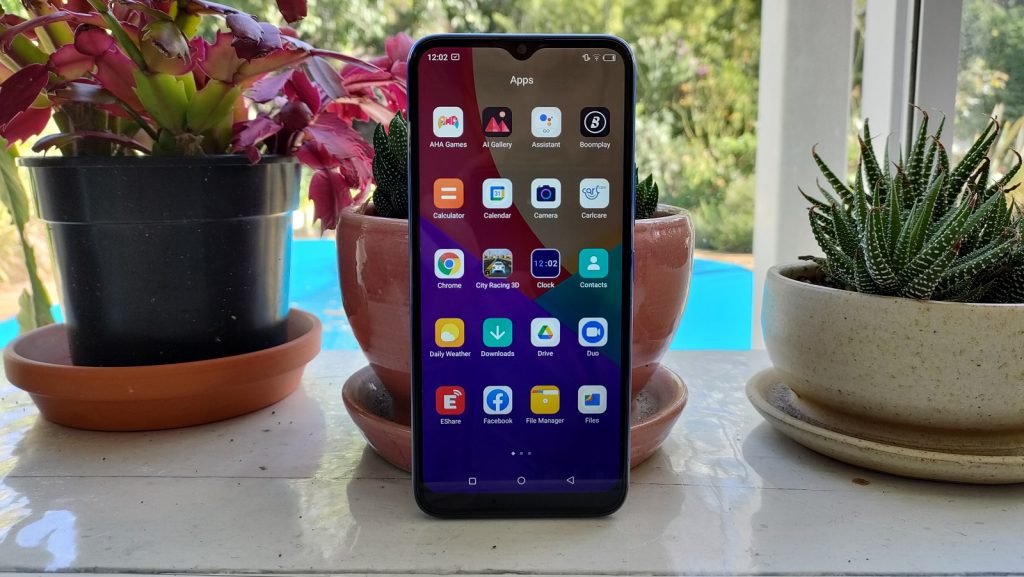 The Vision 1 Pro features an HD+ 720×1600 display. That resolution is common for the segment and a major advantage it has is its high levels of brightness. The colour is slightly washed out but that results from (and compensates with) a high level of brightness.

Underneath the display is where the Vision 1 Pro can show off a bit. It’s running a 1.4Ghz quad-core UNISOC processor which makes for fluid operations and menu and app scrolling. The device’s responsiveness is also impressive. Waking the phone up using one of the security methods is quick and immediate, such as when pressing on the fingerprint sensor or the device is scanning your face.

Included with the processor is 2GB of RAM and 32GB of on-board storage. Both of which are standard for this segment.

What’s not great is the mumber of pre-installed apps (or bloatware, as it’s referred to) that comes with the phone. This is a problem that many budget devices have. A collection of programs that no one ever uses and do nothing but fill up the phone’s memory. There are some you can’t even uninstall and the best you can do with them is limit their permissions or turn off their notifications.

Another issue to highlight is the delay between device security updates. At the time of writing, the Vision 1 Pro’s last update was dated 5 December 2020. That’s a long time between updates.

It’s worrying to think that as the phone ages, that delay perpetuates or grows longer. 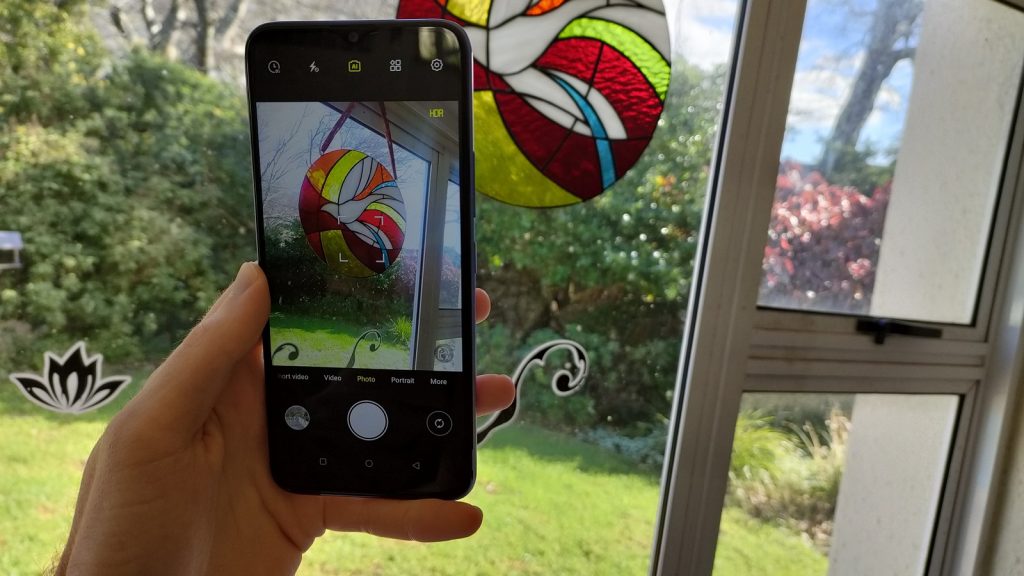 As part of its attempts to show off, the phone features a triple-lens 8MP camera system. The system is neatly laid out and there’s no hump to speak of.

Like the phone’s display, its main camera photos suffer from washed-out colours. They are sufficiently detailed, though. The AI is working to distinguish different distances and provided you’re not zooming in on anything, you can make out what you’re trying to capture.

The camera does feature additional functions such as panoramic shots and low light settings, a nice touch for a basic point-and-click setup.

The phone technically takes night shots, but do not expect Instagram-quality pictures as the end result always suffers from pixelation. The camera is best suited for standard day shots.

Same goes for the 5MP selfie camera. It does its job alright.

According to our benchmark test, the Vision 1 Pro’s 4 000mAh battery pack is good for seven hours and eleven minutes of non-stop usage.

After several rundowns, the battery life proved to be consistent.

But how long does the phone last during a daily usage scenario? The display is the device’s biggest power muncher and by our estimates, you should be able to get 36 hours of regular usage before having to plug in the charging cable.

Budget smartphones are a difficult balancing act of offering all the essential features while limiting their functionality to stay by that price point.

Where the Itel Vision 1 Pro succeeds is in the battery and processor. It’s an easy device to use. It’s well-built. And the camera is satisfactory in its output and its extended features.

But, it falters in the overall user experience. The amount of bloatware is a major drawback and that in turn impacts device storage. 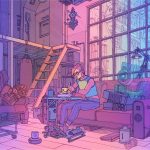