Action-adventure-packed video game God of War is here since November 9, 2022 on PlayStation 5 and PlayStation 4.

According to PlayStation, the game is the quickest selling first-party launch game in PlayStation history.

With over 5.1 million copies sold, has shattered it’s franchise record.

This most likely means sales across PlayStation 4 and 5 including digital sales.

Compared to it’s predecessor, God of War, which sold just over 23 million copies on PlayStation 4 and PC.

Sony’s launch this year was probably it’s biggest to date, which may have tilted sales in its favour.

The game does come with some disappointing news as the game’s director has stated the game will not have a feature documentary like the previous instalment.

Instead of a documentary, gamers can look forward to a weekly series delving into the production process of the game.

There is no documentary in the works.

We’ve put a lot of love and effort into our BTS series, which releases every Tues, that is our look into development for GoWR.

God of War fans can expect to be introduced to a new side of Kratos, as Felicia Day retells the story of a man on a journey to fulfill his wife, Faye’s wish to scatter her ashes on the highest peak in all the realms.

The request begins the journey that forces both Kratos and his son, Atreus to work together as they face beasts, monsters including unfriendly gods

The game is expected to be released with a hardcover book titled The Art of God of War Ragnarok.

The book will feature concept art and other behind the scenes material for the game. 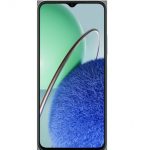