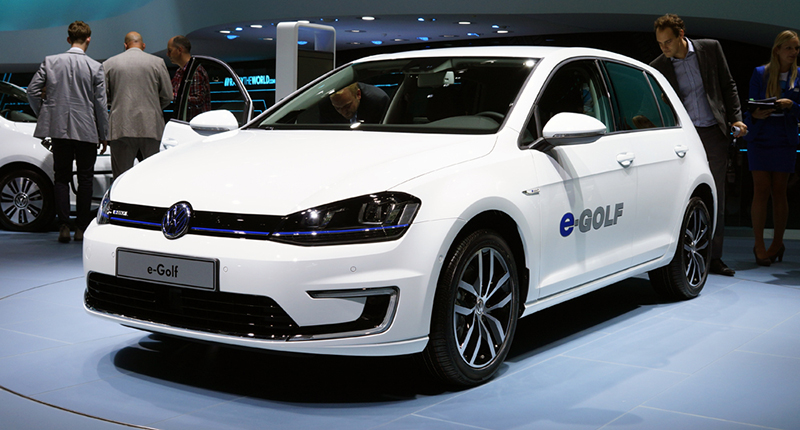 The most fascinating automotive gadgets and gizmos tend to start their lives in the lavishly equipped cabins of full-fat luxury sedans. â€¨â€¨And thanks to the fact that even a glimpse of the price-tag attached to such a vehicle carries with it the risk of congestive heart failure, ordinary folk are forced to make do with wind-up windows, manually adjustable side-mirrors and a distinct lack of seatbelts.

â€¨â€¨Okay, so weâ€™re exaggerating a little. But you get the point — unless cash spills from your pockets like petrol from an overfilled tank, you have to be content with a low-tech (or mid-tech, if youâ€™ve been working particularly hard) vehicle, rather than the high-tech lounges-on-wheels seemingly reserved for fat-cat politicians and other multimillionaires.â€¨â€¨

But, things are changing. While 2013 saw the introduction of a number of tech-filled small cars (such as the Renault Clio 4, Peugeot 208, VW Golf 7, and many others), 2014 looks to be a year in which things evolve a little further still.

Yes, some interesting technology is filtering its way down to relatively â€œnormalâ€ motor vehicles, giving us comparative plebeians the chance to experience the future. â€¨â€¨So, weâ€™ve decided to take a peek at the geekiest compact cars on the horizon.

Sure, most of them arenâ€™t likely to be as cheap as chips, but at the very least theyâ€™ll be in the realm of the attainable for many motorists.â€¨â€¨Roll on 2014â€¦ â€¨â€¨The German manufacturerâ€™s soon-to-land compact two-door is, in fact, basically just a coupe version of the 1 Series. Although thatâ€™s no bad thing. The engine line-up includes a 135kW 2.0-litre four-cylinder petrol, a trio of 2.0-litre turbo-diesels, and the M235iâ€™s stonking 240kW 3.0-litre six-potter.

Weâ€™ll have the latter, thanks. In Alpine White. With all the trimmings.â€¨â€¨All models will feature BMWâ€™s now familiar Driving Experience Control switch, while most of the really tasty tech will likely be optional â€“ think adaptive suspension, anti-dazzle high beam assist and even launch control in the self-shifting M235i.

Then, of course, thereâ€™s the BMW ConnectedDrive system, which enables in-car connectivity by means of a built-in SIM card, providing access to the internet, a concierge information facility, remote functions, and plenty more.â€¨â€¨Not the sort of equipment one would expect to find in a compact car, is it? And, perhaps best of all, itâ€™s likely to be fantastic to drive.â€¨ â€¨â€¨The new MINI hatch has had a bit of nip and a tuck, bulking up in the process. Which, of course, has resulted in a slightly less-mini MINI. But there are a range of exciting new engines, including 1.5-litre turbo triples in petrol and diesel flavours, and a 141kW 2.0-litre forced induction four-potter in the range-topping Cooper S. â€¨

â€¨Should you (and your wallet) so desire, the new MINI can be crammed full of driver assistance systems, such as camera-based active cruise control, collision and pedestrian warning, high beam assist, road sign detection, and a head-up display.

The in-car entertainment system will also be able to handle apps (for Apple and Android) in the areas of social networking and infotainment.â€¨â€¨This new model will also be the first vehicle in its segment to be offered with optional LED headlights. One thing weâ€™re particularly grateful for, though, is the decision to kick the virtually pointless central speedometer to the kerb and move the new version to the steering column. â€¨â€¨

A similar version of the next Jazz has already been launched in Japan, where itâ€™s dubbed the Fit, so details arenâ€™t too difficult to come by. The third-gen Jazz will get the modern Honda family face, as well as a raft of new engines.

The most interesting is likely to be the hybrid drivetrain, which Honda reckons will be good for 2.7 litres per 100km.â€¨â€¨Inside, there appears to have been plenty of work done, too, with most of the traditional dashboard buttons shelved in favour of touch controls.

A chunky LCD infotainment screen will take centre stage, above an, um, â€œjazzyâ€ space-saving gear lever. Thankfully, Hondaâ€™s â€œMagic Seatâ€ system stays firmly in place.â€¨â€¨Sure, the Jazz isnâ€™t traditionally a geeky vehicle — it is, after all, probably best known for playing the role of momâ€™s taxi — but this latest model appears to have the attributes to appeal to geeks with young families.â€¨â€¨ â€¨â€¨The oddball Soul has always made a bit of a habit of tugging at the heartstrings. See one out on the road and youâ€™re unlikely to be able to suppress a smile. And this next version continues that trend, drawing inspiration for its updated styling from the frankly funky Trackâ€™ster concept.

â€¨â€¨The engine line-up will remain largely unchanged, with the Korean car-maker content with just a touch of under-bonnet fettling. Still, this oneâ€™s more about the tech.

â€¨â€¨Ever since the introduction of the little A1, petrol-heads the world over have been egging on Audi to fashion a fire-breathing S1 for the masses (there was once a hardcore A1 Quattro, but the production run was brutally limited).

And it seems these wishes will finally be granted. â€¨â€¨The sporty hatchback will boast the German brandâ€™s celebrated Quattro all-wheel drive system, and its 2.0-litre TSI lump is expected to churn out somewhere in the region of 165kW and 350Nm.

Thatâ€™s plenty for a vehicle of this size. It seems the companyâ€™s big boss agrees, since he has ruled out the possibility of building an even hotter RS1.â€¨â€¨Audi has remained tight-lipped about both styling and cabin tech, although weâ€™re certain thereâ€™ll be more than enough to keep technophiles from twiddling their thumbs. It is an Audi, after all. â€¨Yes, the world needs another compact crossover. Or so Mercedes believes. Thing is, judging by how this segment has exploded over the past couple of years, it’s probably spot on.

And the GLA — which will run on the same platform as the automotive eye-candy that is the A-Class — wants in on that action.â€¨â€¨A couple of petrol mills and two diesels will make up the initial engine line-up, while itâ€™s a virtual certainty that the Daimler-owned company will also shove the worldâ€™s most powerful production four-cylinder engine — as found in the bonkers A 45 AMG and CLA 45 AMG — into the engine bay. Splendid.

â€¨â€¨There are driver assistance systems galore, including drowsiness detection, radar-based collision prevention (which can be specced with autonomous braking at speeds of up to 200km/h) and 4MATIC permanent all-wheel drive. Itâ€™s a looker too, although itâ€™s only just small enough to make it onto our list.

â€¨This oneâ€™s been a closely guarded secret for some time. Yes, Jeep is near to launching a small crossover, which will in all likelihood share the vast majority of its underpinnings with Fiatâ€™s soon-to-be-released 500X. â€¨â€¨

Unlike a lot of the other competitors doing battle in the compact SUV sector, this little Jeep is expected to stay true to its mud-covered roots and sport all-wheel drive. In fact, the little information that the Chrysler-backed company has let slip indicates that they plan to make it the â€œmost capable off-road vehicleâ€ in its segment.â€¨â€¨Oh, and fear not — â€œB-SUVâ€ is merely a codename. Jeep undoubtedly has a far more enticing moniker up its sleeve. â€¨â€¨Currently, thereâ€™s a Golf for virtually everyone. Want a well-priced petrol-sipper? Get the 1.2 TSI. Prefer diesel? Then sample something from the bluntly excellent TDI range. Bit of a boy racer? Yes, the all-conquering GTI is for you.

But now — finally — the Wolfsburg-based brand has taken the Golf electric.â€¨â€¨The zero-emission hatchback will use a synchronous permanent-magnet AC motor to produce 85kW and 270Nm.

The liquid-cooled lithium-ion battery, which is composed of 264 individual prismatic cells, will apparently hold an 80% charge after just 30 minutes of fast-charge plug-in time. Thatâ€™s probably quicker than your smartphone.â€¨

â€¨The e-Golf is also expected to have its own dedicated “e-Remote” app to allow owners to adjust or view certain vehicle functions — such as climate control, charging status, and oodles of vehicle data — via a compatible smartphone or VWâ€™s website. This app will even allow the owner to remotely query whether, say, the doors are unlocked or the lights are switched on. 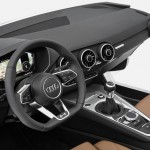