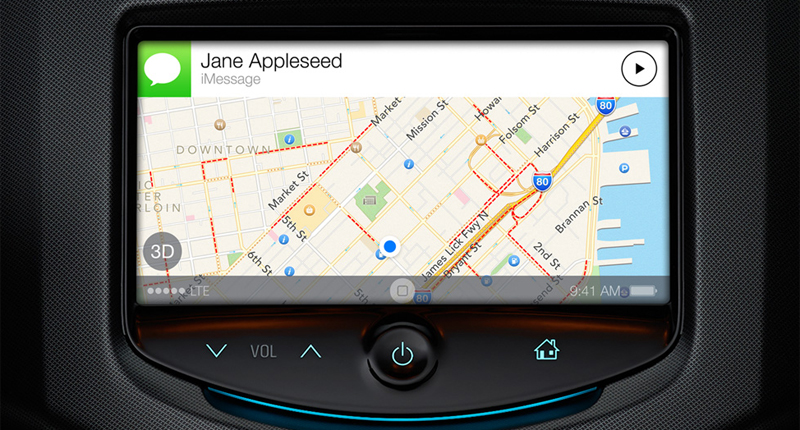 If you’re one of the Apple watchers who keeps an eye on major product announcements, you might have heard about the tech giant’s plans to get into your car. Back in June, it announced that it would be partnering with manufacturers like Honda, Mercedes, Nissan, Ferrari, Chevrolet, Kia, Hyundai, Volvo and Jaguar to bring an iPowered navigation and communication system into your next car. While iOS in the Car has yet to move from Cupertino to the showroom floor, we are getting another glimpse at what to expect, thanks to a video from a developer.

Steven Troughton-Smith emulated the system using code from iOS 7.0.3 on his Mac to show some of the features, like navigation (yes, you’d be putting your trust in Apple’s notorious Maps app), music playback and voice control.

In the video, he simulates a navigation request, using an iPhone to tell the iOS in the Car system where to go (although Apple has said Siri can be used to control the system vocally). The in-car system seems to largely mirror the functionality on the phone, and doesn’t support multitasking at this stage.

While Troughton-Smith admits that the video is lacking some functionality due to the fact that his simulator is not running Apple’s whole suit of stock apps, the system is also expected to launch with the ability to make and receive calls and messages (and reply by dictating texts to Siri) and control native and third-party apps to play music, audiobooks and podcasts.

The user interface in the video may also change by the time the system hits the road — as iOS developer Denis Stas points out with this screenshot:

While there is still no official release date for iOS in the Car, it’ll be interesting to see Apple’s contribution to the future of the connected car — especially, how it competes with existing players in the space like BlackBerry’s QNX and Nokia’s HERE. 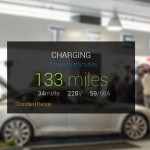