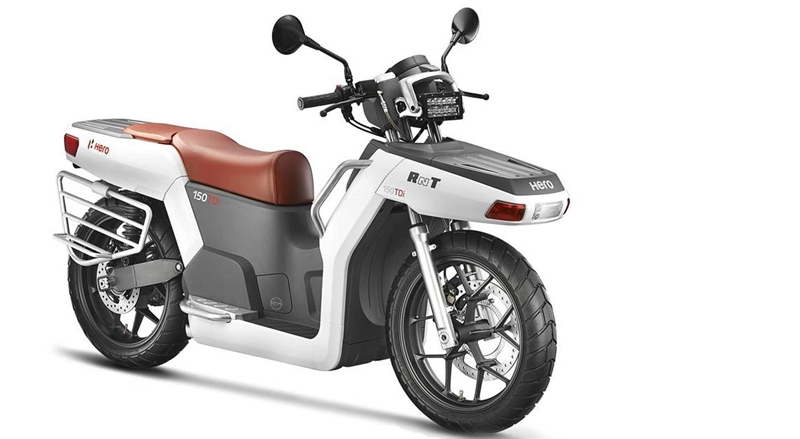 Scooters have always trod a very fine line between hyper cool and ultra-nerdy. With the RNT concept though, Indian manufacturer Hero may have erased the line altogether.

According to Hero, the 150-cc scooter can â€œmuster all roads fully loadedâ€. Given the fact that’s all wheel drive and boasts a four-stroke turbo-diesel electric hybrid engine, we’re inclined to believe it.

It manages this in a pretty nifty way too. The back wheel is powered by the diesel portion of the engine and apparently has enough oomph to power an optional generator for tools on the side of the road.

The electric part of the engine meanwhile powers the front wheel and gives this two-wheeler a 1.3bhp boost.

The RNT’s cleverness doesn’t begin and end with its engine though. It also features a detachable LED headlamp that can be used as a torch.

It’s pretty clear then that Hero gets its target market. The company, which formerly partnered with Honda in building its vehicles, sells predominantly to its native market in India as well as countries like Kenya, Nepal, and Peru.

All of those states feature terrain that would make something like the RNT invaluable. The fact that some of the other features include tie-down bars and fold-down side racks means that has the potential to do seriously well on those markets if it ever goes into production. 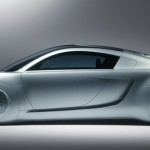