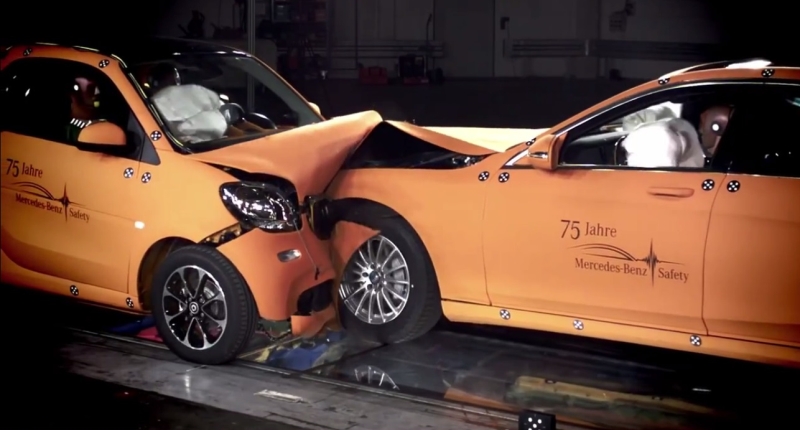 Smart’s new ForTwo and ForFour are vastly improved over the previous models, both technologically and (definitely) aesthetically. But it can hold its own in collisions with much larger and heavier vehicles as well.

Smart and Mercedes engineers recently pitted the 1.1-ton ForTwo city car against a 2.3-ton Mercedes S-Class, in a match that should theoretically, be very one sided. This experiment aimed to research the effects a smaller lighter car will have on a heavier one, and vice versa.

The last time these two cars (albeit, previous generations of both models) were smashed into one another, the Smart disintegrated and barrel rolled away seemingly in fear of the S-Class. The occupants of that particular incident would’ve been less than healthy.

In the new test, both cars were pegged at 50km/h creating a typical head-on, in-city crash scenario. Although both vehicles were practically written-off, the occupants would’ve been relatively unscathed following the ordeal. One should also note that for such an collision to occur, the cars’ electronic safety aids would need to either malfunction, or be switched off completely. The collision avoidance and automatic breaking systems aim to avoid this type of scenario altogether.

Have a look at the video and judge for yourself though. It may of course be mere marketing babble, but this experiment and the results thereof, should at least give the Smart ForTwo some safety crediblity. 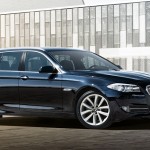