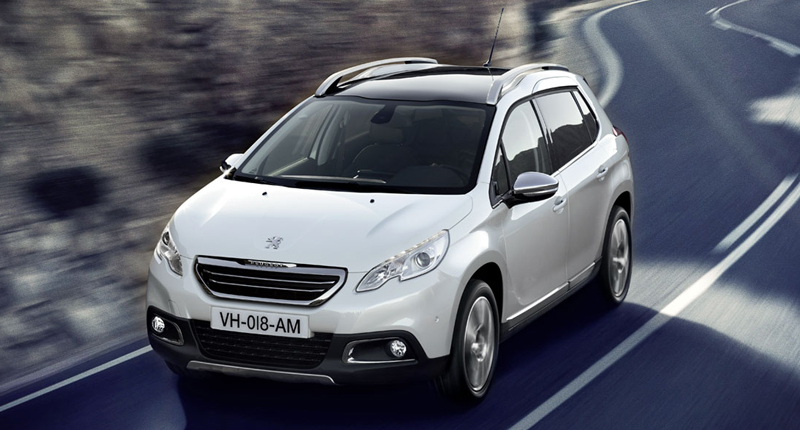 Wind the clock back a good few years and you will remember the Peugeot 1007 which debuted in 2004. The quirky little Pug was a hatchback-MPV-crossover wannabe featuring dual power sliding doors, swappable interior bits dubbed â€˜Cameleo trimâ€™, and an awkward name â€“ the first Peugeot to feature a â€˜double zeroâ€™ number on its bum â€“ and perhaps the only Peugeot to attract the attention of the Bond franchise (one double oh seven?).

In motoring circles it was generally hailed as unconventional (mostly due to those doors), however it was heavy despite being small, not very fast and not all that spacious and in 2008, a year before its official discontinuation, it was dropped from the United Kingdom model line-up. If youâ€™re lucky you might see a few on South African roads, but not many.
This neatly brings us to what Iâ€™ve been driving recently.

Itâ€™s called the Peugeot 2008 and while it still has an awkward name (is it two-thousand and eight, two double oh eight, twenty oh eight, two oh oh eight?), this new Peugeot is SO not 2008.

Hold the phone, it has bright orange tape stuck to it!
Yes, yes it does. Well, my test unit did at least and it seems that French manufacturers are keen to pursue the quirky…hell, when have they not been? Gone are the â€˜Cameleoâ€™ interchangeable trim pieces from the 1007, replaced (on the outside at least) by â€“ for want of a better description â€“ orange gaffer tape.

A few of the trim pieces like the side mirrors and rear view mirror are actually coloured plastic but the rest of it, which includes the roof rails, sideskirts, steering wheel, centre console and door cards is vinyl plastic which Iâ€™m afraid doesnâ€™t look like itâ€™ll wear very well as it was already starting to lift in places. Quirky? Yes. Practical? No.

Sporty! Is it sporty?
No, not really. Essentially the 2008 is a fat 208 and we all know that weight is biggest killer of performance and in the 2008, which has grown substantially in almost every way compared to the 208 itâ€™s built on (height, width and length), the extra flab is very noticeable.

The single petrol engine on offer (thereâ€™s only one model in the range) is the same naturally aspirated 1.6 litre engine fitted to the 208 producing 88kW and 160Nm. That sounds half decent, and is adequate in the smaller and lighter 208, however in the 2008 which weighs well over a tonne, it just feels underpowered and frustratingly slow.

Also on offer in this crossover is strangely short gearing (in an effort to make the engine feel more punchy) at the national limit sees the revs sitting at a buzzy 3500rpm in fifth gear, making the 2008 a reluctant and quite noisy long distance cruiser. An extra cog would settle things down on the freeway run (and aid fuel consumption), but I canâ€™t help but wonder what the 2008 would be like with the 208s 1.6HDi diesel engine â€“ the 70Nm offered by the oil burner would be a massive help â€“ or even a slightly detuned version of the 208 GTi mill with perhaps 120kW and 275Nm (the GTi features 147kW and 275Nm). Okay…moving on!
You might think Iâ€™m making more stink about the lack of performance than necessary here but consider what is being proposed in the 2008. With the extra passenger and boot space on offer, there is a good chance that the 2008 will be adopted by small families as their primary car. Throw a boot full of family paraphernalia, and with two kids and two adults on board, the lack of performance, and my whinging starts to seem more justified.

Performance anxieties aside there is much to like about the Peugeot 2008. For starters, the interior is superb â€“ okay besides the new fandangled miniature steering wheel (I still donâ€™t get it) â€“ soft touch plastics and lacquered piano black surfaces abound and this Pugâ€™s interior should sway even non-Parisian built enthusiasts, with its solid look and feel.

Specification level is on a par with the competition and includes partial leather upholstery, a seven inch central touch screen for all your infotainment controls, with built in navigation, Bluetooth and USB connectivity, auto headlights and rain sensing windscreen wipers, LED daytime running lights, and rear park distance control.

Rear legroom is fairly impressive and a deep boot which can swallow a pram easily will get the nod from newbie parents.

Is it a 4×4?
Simply, no it isnâ€™t. Peugeot calls it an â€˜urban crossoverâ€™ with a sales emphasis on â€˜urbanâ€™ I suspect. Interestingly there is a rotary dial situated under the (very odd shaped) handbrake which to the uninitiated might resemble Land Roverâ€™s Terrain Response System and while it does operate in a similar way, let me just be clear, the obvious difference being the zero four-by-four ability in the Peugeot.

Itâ€™s called â€˜Grip Controlâ€™ and what it essentially does is optimise traction in low-grip situations like rain, mud, sand and snow…oh Iâ€™ll just let the infographic below explain… I never had the need to use it (you Capetonians might with all that snow youâ€™ve had) and suspect most buyers wonâ€™t either. The cynic in me suggests that it is probably more of a gimmick than anything else because letâ€™s be honest, what effect can all those settings really have on a low powered front-wheel drive vehicle?

With a 165mm ground clearance the most youâ€™ll get away with is a little pretend off-roading through your favourite game reserve or farm track, and in that regard youâ€™ll enjoy the Pugâ€™s supple ride. It should mount a shopping mall curb fairly easily though.

Okay, so what is it like as an Urban Crossover?

With a soft clutch pedal and comfy, supportive front seats, the 2008 will handle the daily grind of stop/start/cut and thrust traffic pretty well. Head off to find a few corners and once youâ€™ve gotten over the tiny steering wheel and the strange sensation of having it sit very low whilst peeking over its rim at the instrument cluster, the 2008 is happy to be thrown about a bit.

It certainly doesnâ€™t feel any worse for wear being slightly taller on the road and I suspect the only complaints will be from the pipsqueaks in the back as you â€˜power out of a corner!â€™ whilst shouting: â€œI need more power!â€

So it has the school run sorted, will klap the work stint and will bump and grind its way to your favourite getaway spot.

Perfect then, for our country?

But, if youâ€™re in the market for an urban crossover Iâ€™d have to steer you and your hard earned dosh towards the new Nissan Qashqai (1.2T Visia R281 900.00). With a suave new look, new engines and a potential class leading interior, the Qashqai sits at the top of this class. 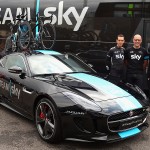