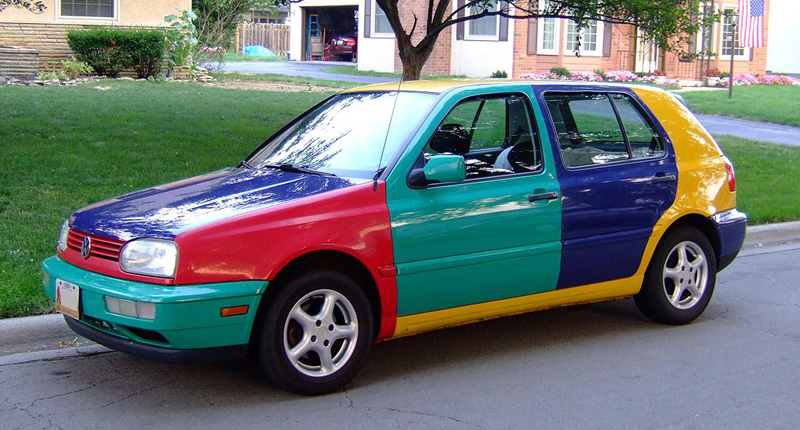 Special edition variants of existing automobiles are strange creatures. Some manage to live up to the name â€“ proving to be remarkably special cars in their own right â€“ but the vast majority are merely blatant attempts to extend the shelf-life of ageing vehicles.

Shame on you, automakers, for thinking that weâ€™d be fooled by a smattering of badges, a lick of â€œexclusiveâ€ paint and some extra kit. Shame on you.

Of late, an altogether new breed of limited production cars has also emerged: the so-called â€œFirst Editionâ€. Kia did it with the Sportage, Alfa Romeo did it with the 4C, and Mercedes-Benz did it with the AMG-badged A-Class, CLA and GLA. And now Volvo is doing it with the XC90. Rather than trying to revive a vehicleâ€™s waning popularity, these exclusive versions attempt to get a brand new model off to a rollicking start.

But today weâ€™re not really interested in any of these types of special edition models. No, instead weâ€™re going to look at (and quite possibly laugh at, too) a handful of limited edition vehicles that shouldnâ€™t have ever been built. Theyâ€™re awfully strange, theyâ€™re absolutely silly and one or two are even backed by so-called celebrities.

What sort of purpose do they serve? Well, we wish we knewâ€¦ Back in 2012, the Daimler-backed car-maker whipped the covers off the Smart ForJeremy showcar at the Los Angeles Auto Show. We pointed, we laughed and then we laughed some more. With a pair of outrageous wings (yes, actual wings â€“ not spoilers) tacked to the back of the electric ForTwo, it looked utterly ridiculous. So silly, in fact, that we wrote it off as a concept weâ€™d never have to see again once the curtain had fallen in LA.

We were wrong. Turns out it actually went into production in 2013 â€“ and retained the outlandish wings that lit up â€œlike igniting rockets to form avant-garde rear lightsâ€, the shocking white leather interior, and the excessive use of chrome bit and bobs. So, thereâ€™s just one question still to be answered: who on earth is Jeremy? Well, direct your ire towards the man responsibleâ€¦ American fashion designer Jeremy Scott, who apparently slaps â€œwinged motifsâ€ onto all sorts of other things, too. In standard form, the Range Rover Evoque is undoubtedly a posh vehicle. So swanky, in fact, that parent company Land Rover decided the world needed a special edition built with a dash of input from â€œPosh Spiceâ€ herself. Yes, Victoria Beckham is the pseudo-celebrity behind this awkwardly named limited series Evoque, which features hand-finished matte grey paint and contrasting gloss black roof, wheel arches and 20-inch alloys.

The vehicle â€“ which was unveiled at the 2012 Beijing Auto Show â€“also features loads of rose-gold accents, ostensibly because Mrs Beckham was sporting a â€œrose-gold man’s watchâ€ at her first meeting with Land Roverâ€™s design director. Inside, thereâ€™s tanned leather with â€œbaseball stitchingâ€, mohair carpets, a bespoke four-piece luggage and a leather wallet for the owner’s manual (signed by Vicky herself). The cost of all this cosmetic silliness? Around double the sticker-price of the Evoque on which itâ€™s based. Ouch. Weâ€™re big fans of the Citroen DS3 supermini, particularly when the range-topping 1.6-litre turbocharged engine is fitted between the front wheels. Itâ€™s bravely styled, relatively quick and pretty fun to throw around corners, too. So why oh why did the French automaker deem it a good idea to partner with Benefit Cosmetics earlier this year and produce three â€“ yes, THREE â€“ â€œsassyâ€ special edition DS3s?

One of the modelâ€™s styling was apparently â€œinspired by mascaraâ€ (no, we donâ€™t get it either), while another seemingly cites â€œred lipstickâ€ as its muse. The third? Gel eyeliner. No, weâ€™re not kidding. Basically, each derivative features a set colour scheme, specific finishing touches and some Benefit badges. Oh, and the latest model comes with a make-up bag designed to fit into the glove-box. Fast and Fabulous, dear. In an apparent bid to carve out a niche for the Mii city car, SEAT hooked up with Spanish design company Mango to conceive the SEAT Mii by Mango, which arrived on the scene at the 2014 Geneva Motor Show. What sets this little vehicle apart from its siblings? Well, it boasts a â€œnudeâ€ paint colour (whatever that is), specific exterior side mouldings, dark grey 15-inch alloys, heated electric door mirrors, rear tints, and a handful of exterior badges.

Inside, thereâ€™s plenty of leather and Alcantara trim, specific floor mats, even more branding and a special key fob. But the most cringe-worthy additions are the all-important mirror on the driverâ€™s sun-visor and the â€œpractical hookâ€ on the glove-box â€œto hang a handbag safelyâ€. We all love a good handbag hanging, after allâ€¦ Thankfully, 1996 was a fairly long time ago. Otherwise we may be forced to look at the Volkswagen Harlequin Golf more often. Which would be bad for our eyes. You see, each special edition model â€“ created exclusively for the North American market — was made up of panels of various colours, resulting in a sort of patch-quilt effect. Even the fabric used to cover the seats featured a similar pattern. Why? Depends on which rumour you believe.

In total, there were four colours used on any one vehicle: Tornado Red, Ginster Yellow, Pistachio Green and Chagall Blue (interestingly, the latter two were not available on Golfs in the US at the time). Apparently, the interchanging of panels took place at the factory in Mexico only once each car was completely assembled in one solid hue. And no panel was ever allowed to border another in the same colour. Strange. Ever yearned for your car to, um, look more like jewellery? You know, all sparkly and encrusted with various types of gems? No, us neither. But apparently there was a market for this sort of thing in Norway back in 2011, when the German automaker teamed up with (renowned?) jewellery designer Thomas Heyerdahl to create an A1 to appeal to â€œsophisticated women who value uniqueness and high qualityâ€.

The A1 Diamond Editionâ€™s gear-lever is studded with 24 actual diamonds, while a sterling silver/platinum logo for the steering wheel, a handy Guerlain make-up kit (of course), and an expensive pendant are also part of the special edition package. Just 57 were made. Why such a specific number, you ask? Well, the modern brilliant-cut diamond consists of 57 facets (excluding the culet). But then you knew that. 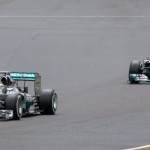