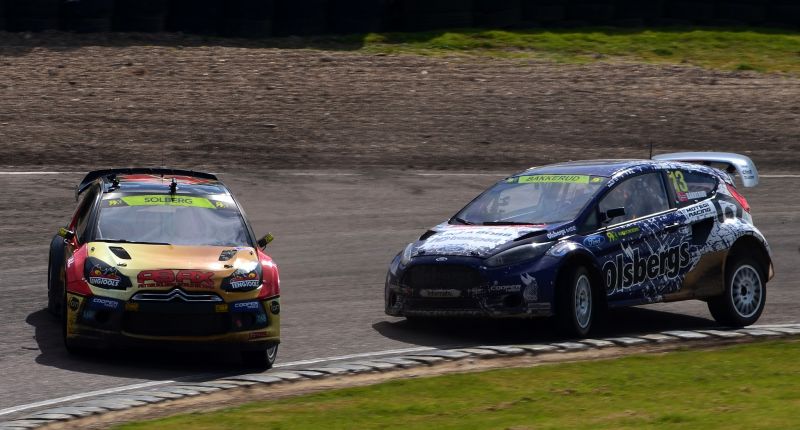 Motorsport is more than just a few people putting their feet down hard to the floor. It’s the culmination of humankind’s drive to go faster, further, more efficiently and effortlessly. Essentially, motorsport is the root of automotive technology, from where the branches of transport hardens and flourishes.

Showcasing the best of wheel-based technology this weekend were some of the world’s premier series, from endurance racing to four-lap sprint mayhem. So here are five of the most incredible moments you might have missed.

The WEC — the world’s premier endurance championship — returned from its long post-Le Mans break this weekend, but the Texan weather was anything but accommodating. At the drenched Circuit of the Americas the Audi Team Joest made it a one-two, with the Toyota Racing TS 040 coming in third. But perhaps the most impressive moment of the race came courtesy of IndyCar driver Mike Conway‘s ridiculous wet weather skills.

With the rain pouring and the track essentially one massive puddle, Conway — on dry tyres — arrives at the esses sideways. Miraculously, he managed to recover the car by steering into the slide and releasing the brake. And what makes it even more scary? He was the lead car.

We’ve been a bit guilty of not showcasing RallyCross enough, but this week that changes. The sport is nearly as old as Formula 1, but not quite as technical. To understand the long and short of it, RallyX (as it is also known) uses rally cars driven around a circuit constructed partially of gravel and tarmac. And it’s brilliant to watch.

This weekend saw previous WRC legend Petter Solberg win the German RX event in the sport’s closest finish ever — one-hundredth of a second. Even Solberg couldn’t believe it:

Wow, I donâ€™t know what to say â€“ I donâ€™t think I have seen anything so close in my whole life.

If you thought the Circuit of the Americas was wet, wait until you see the Nurburgring. Thankfully, GT cars tend to handle wet weather better than the lighter, more skittish Le Mans cars, but that’s not to say the Blancpain GT drivers had it all their own way.

One can imagine just how difficult it is to control a 500-horsepower car in the rain without any of those driver aids we’re so accustomed to. Have a look at the ludicrous skill these drivers possess.

We were robbed of a great race when Rosberg retired from the Singapore GP with clutch problems, because the two drivers would’ve undoubtedly gone at it tooth and nail.

While Singapore presents a challenge for the drivers — who lose around 3kg of body weight through perspiration — the cars also dislike the muggy, tropical air. Jenson Button also suffered from electrical failure when his McLaren ground to a halt.

But with Rosberg failing to score, Hamilton retook the Championship lead (and the race lead from Sebastian Vettel, as seen in the video), and has the momentum going into the final races of the season.

Did he just jump that restart? Oh well.

Speaking of momentum,Â NASCAR‘s Chase for the Sprint Cup saw the New Hampshire Motor Speedway the setting for the latest round in the series. Joey Logano now books his place as a contender for the Chase — an overly complicated method of deciding the Champion.

How exciting were these final few laps though? NASCAR clearly has the restart system nailed for excitement. 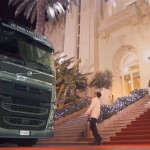