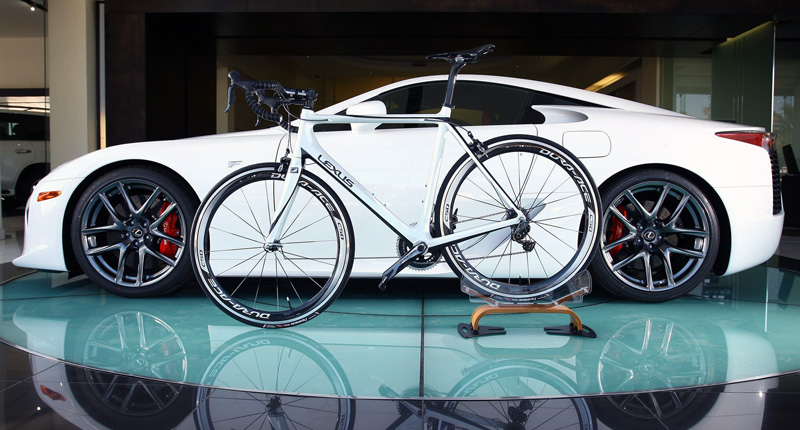 Car-makers spend the vast majority of their time, well, making cars. If they didnâ€™t, of course, they wouldnâ€™t be considered car-makers at all.

But some of these manufacturers have also tried their collective hands at building vehicles that certainly ARENâ€™T cars. And most of these multitalented automakers â€“ for whatever reason â€“ seem to be based in Japan.

Of course, some of the biggest names in the global car manufacturing business â€“ including BMW, Honda, and Suzuki â€“ also produce all manner of motorcycles. But, in an effort to keep this list of â€œnon-carsâ€ interesting, weâ€™ve deliberately ignored motorbikes and scooters. Humble apologies to all fans of motorised two wheels.

So, check out our line-up of five fascinating â€œnon-carâ€ vehicles built by Japanese automakers. 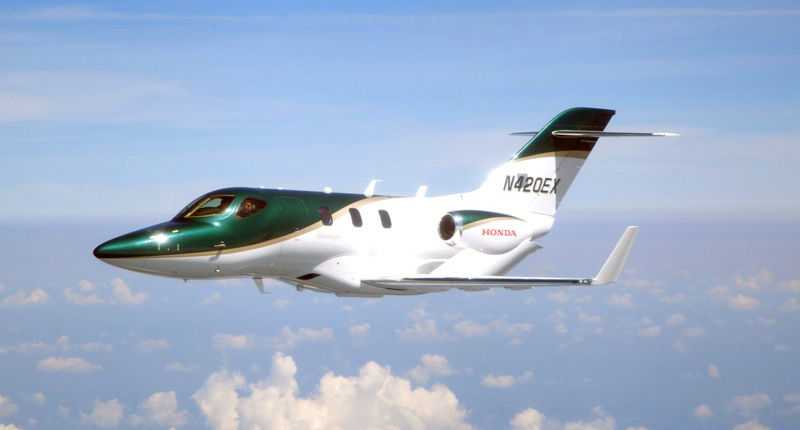 The bigwigs at Honda didnâ€™t simply wake up one morning and decide â€œtodayâ€™s the day weâ€™re going to bolt together a jetâ€. Nope, the production HA-420 HondaJet â€“ which took to the skies for the very first time as recently as June 2014 â€“ has effectively been in development since the 1980s.

Billed as the â€œworldâ€™s most advanced light jetâ€, it employs a Honda-built turbofan engine over each wing and can apparently hit a maximum speed of 778km/h. The swanky business jet â€“ on which Honda unleashed its aerodynamic expertise â€“ is capable of carrying up to six passengers (in â€œexecutive seatingâ€) and two crew members, and is pretty compact measuring less than 13 metres long.

Honda says it is aiming for full aircraft certification and a subsequent entry into service in 2015. In the meantime, at least ten examples are waiting patiently on the final assembly line at a dedicated factory in North Carolina. So, think you can afford one? The estimated price starts at nearly $4-millionâ€¦ 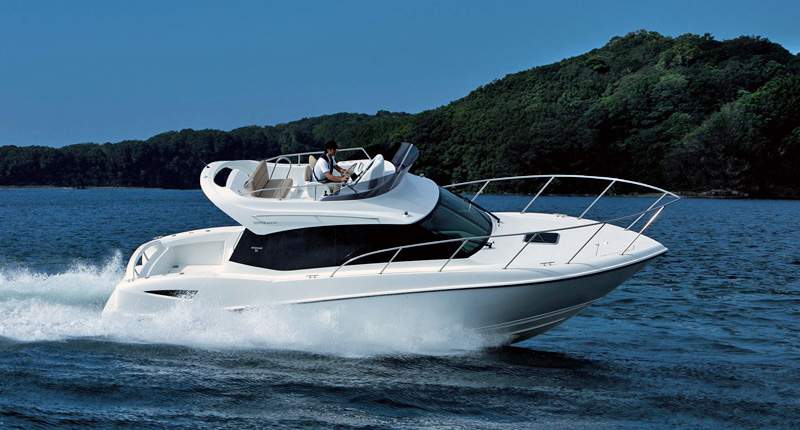 Yes, thatâ€™s right â€“ the people who bought us the Prius also make boats. And robots. And sewing machines, apparently. Toyota â€“ which first dipped its toes in the marine business waters back in 1997 â€“ says that the Ponam-31 is a â€œnew class of boatâ€, which it has dubbed the â€œsports utility cruiserâ€ (or, rather unfortunately, the SUC). It can accommodate 12 people, but still has plenty of punch.

Boasting an aluminium hull measuring around 9.5 metres long, the Toyota Ponam-31 is powered by a pair of modified 3.0-litre turbo-diesel engines originally found in the Land Cruiser Prado. And, yes, it does have an â€œoptional extrasâ€ list, which includes Toyota Drive Assist (a pilot support system) and the Toyota Virtual Anchor System (an automatic piloting control function that holds the boat in position).

Itâ€™s certainly a sleek-looking thing, with Toyota even pointing out that the rear deck rail â€œevokes the look of a car spoilerâ€. So, how much will this Toyota-badged boat set you back? Well, itâ€™s currently for sale in Japan for the princely sum of Â¥29 700 000 (which is around $280 000 at current exchange rates). Weâ€™ll take two.

Remember the Lexus LFA? Just 500 were built over two years after a decade of intense development. Besides the screaming V10 under the bonnet, the LFA was characterised by its extensive use of carbon-fibre reinforced plastic (the lightweight material accounted for some 65 percent of its body weight). And, naturally, the folks at Lexus decided to create a bicycle using similar weight principles.

Yes, the Lexus F Sport Road Bike featured a CFRP chassis and was limited to a production run of just 100 units. Half were painted Pearl White while the other half boasted a clear-coat finish over the exposed carbon-fibre. The Toyota-backed automaker said that the bike was built with the same â€œcraftsmanship standards and attention to detailâ€ as the now-legendary LFA.

Here are the tasty details for the bike enthusiasts among you: this exclusive bicycle boasts a 22-speed Shimano Dura Ace Di2 electronic shift system and crank-set, Shimano Dura Ace wheels and brakes, Panaracer race tyres, Selle Italia saddle, and carbon-fibre stem, handlebars and forks. When it went on sale in 2013, the Lexus F Sport Road Bike commanded a price of one million yen (which now equates to around $9500). 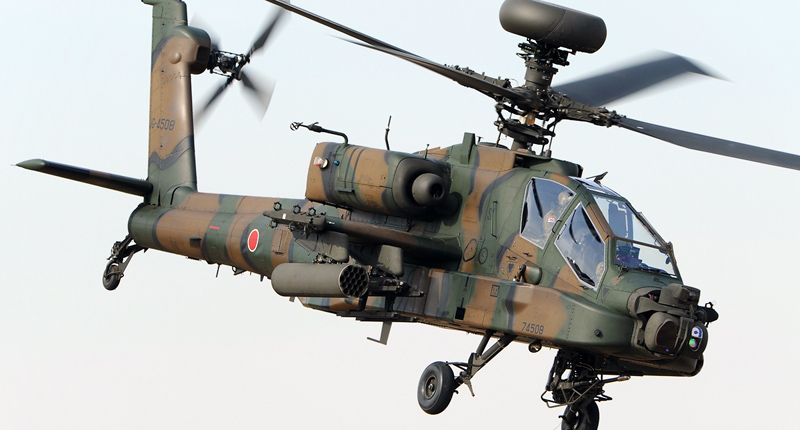 At this point, you may be confused. Boeingâ€™s not a car-maker, right? Right. But Fuji Heavy Industries â€“ which is best known for its range of Subaru automobiles (and even uses the Subaru logo as its corporate symbol) â€“ has been manufacturing the AH-64D Apache Longbow attack helicopter under licence from Boeing for a number of years now.

The aerospace division of Fuji Heavy Industries makes this twin-engine combat chopper for the Japan Defence Agency. The AH-64D Apache is a pretty advanced machine, with its on-board target acquisition system capable of simultaneously tracking 128 targets (and engaging up to 16 at once). And the Japanese-spec model is fitted with AIM-92 Stinger air-to-air missiles.

What about the vital statistics? Well, thereâ€™s no trademark Subaru Boxer engine powering this beast, which instead uses two General Electric T700 turboshafts. Maximum speed is a claimed 293km/h, while the range is rated at 476km. As standard, it features a 30mm M230 Chain Gun with 1200 rounds, 70mm rockets and the missile kit mentioned above. 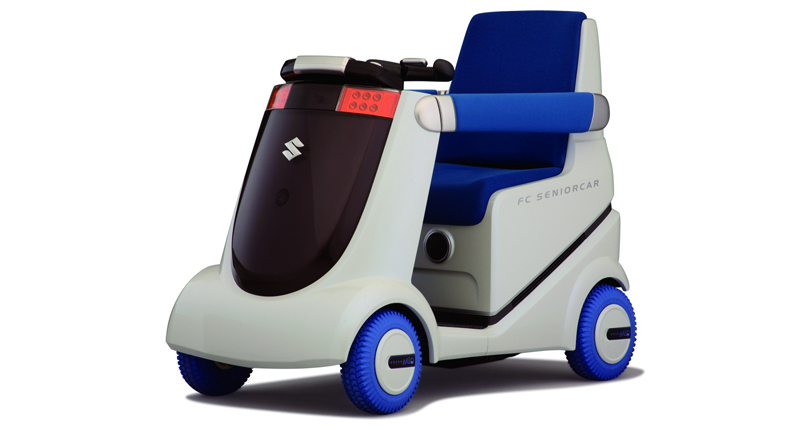 Okay, unlike the four other vehicles on this list, the Suzuki MIO actually didnâ€™t ever make it to the production stage. Yes, this fuel-cell-powered wheelchair was unveiled as a concept as long ago as 2006. That said, it was based on Suzukiâ€™s existing â€œSenior Carâ€ electric wheelchair (the company has been building wheelchairs since the 1970s), with the direct methanol fuel-cell simply serving to increase its range.

With a full four litres of methanol on board, the MIO could apparently go some 40km. And it boasted large â€œsafetyâ€ armrests, a handlebar designed to reduce strain on the wrists, a seat fashioned from mesh fabric and even an LCD panel display showing handy data such as power status and fuel level.

At the time, Suzuki conceded that the MIO was merely a prototype, but added that it would â€œjudge consumer interestâ€ before making any decisions on production. Clearly, there wasnâ€™t very much interest at all, since nothing more was heardâ€¦ 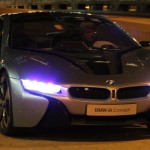