More
Home
Subscribe
Skip
Continue in 10 seconds
Skip
By Richard Bezuidenhout
Read nextCould our collective future include a transparent car that can see all around it? 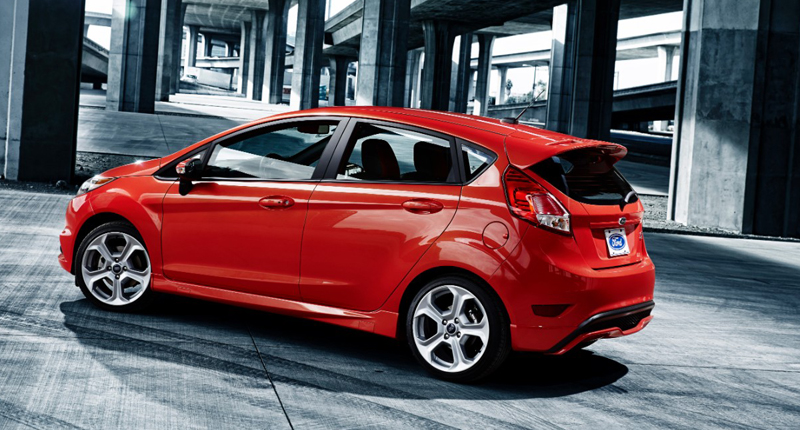 Supercars are brilliant. But if you can afford one, youâ€™re in rather a small minority. And if youâ€™re ever to come even close to experiencing your automotive beastâ€™s full performance potential, youâ€™ll have to make regular trips to your local track.

But, never fear. There is a breed of vehicles out there that renders exhilarating performance far more accessible to the everyday motorist.

Sure, these automobiles arenâ€™t quite as exclusive or desirable as bona fide supercars, but their prices aren’t nearly as extravagant either.

Yes, weâ€™re talking about the humble hot hatchback. And, for the purposes of this list, specifically the B-segment hot hatch (yes, that rules out the likes of the Volkswagen Golf GTI, Ford Focus ST and Opel Astra OPC) that delivers its plucky petrol power exclusively to the front wheels.

So, check out our favourite compact hot hatches below, from fifth all the way down to first. Oh, and remember to run your eye over our â€œhonourable mentionsâ€ section at the bottom of the pageâ€¦ The Suzuki Swift Sport isnâ€™t exactly lightning quick. It isnâ€™t particularly shouty. And unlike the four other vehicles on this list, it doesnâ€™t make use of a whopping great turbocharger. In short then, itâ€™s exactly what a hot hatch USED to be. And â€“ at the risk of becoming all misty-eyed â€“ thatâ€™s exactly why we love it.

The naturally aspirated 1.6-litre four-cylinder engine in the Swift Sport may do its best work in the upper regions of the rev-range, but itâ€™s still more than capable of returning a wallet-pleasing fuel economy should you be able to restrain your right foot. But, perhaps most importantly of all, the peppy powerplant combines with the well-sorted chassis to serve up all sorts of fun when the tarmac starts to snake. The current Opel Corsa is a little long in the tooth, having arrived on the local scene as long ago as 2008. And it shouldnâ€™t be too long before the next-generation model touches down on our shores. But, for the time being, the little OPC is still a fabulously fun-to-drive machine, dishing up oodles of grip when the going gets twisty. Thereâ€™s also an additional 36Nm on tap on overboost. Splendid.

Yes, the Corsa OPC is ageing â€“ both inside and out â€“ but itâ€™s the visceral driving experience that sees this hot hatch sneak onto our list. Itâ€™s not quite as hardcore as the special edition Nurburgring model, and is thus perfectly capable of handling the daily commute and the odd hoon. Still, weâ€™d be tempted to hold out for the new model. A quick glance at the figures scattered around this page will reveal that the RenaultSport-badged Clio is easily the quickest of our top five hatchbacks, scurrying from standstill to 100km/h in just 6.7 seconds. Why then, is it languishing at third on the list? Well, the answer is quite simple: the transmission. Somewhat unfathomably, the Clio RS is available exclusively with a six-speed automated dual-clutch â€˜boxâ€¦ and no manual transmission option.

Yes, the latest Clio RS is a massive departure from the hardcore nature of its predecessors, trading an engaging manual gearbox for a convenient self-shifter, dropping its three-door configuration for five doors and generally just becoming softer. But itâ€™s still engaging enough to tug at the hot hatch heartstrings, with the 1.6-litre turbocharged engine providing plenty of punch (as well as a nifty launch control function made possible by that gearbox). And, crucially for us here at Motorburn, the Clio can be kitted out with a fair whack of gadgets, including the in-dash RS Monitor 2.0 and R-Link system. On paper, this plucky Pug looks pretty extreme, with plenty of power on tap and an impressive sprint to three figures. But spend some time behind the wheel and you may be surprised by just how comfortable the 208 GTi can be. The ride is relatively soft, the clutch and steering unexpectedly light, and the exhaust note rather refined.

Overall, the three-door Peugeot 208 GTi is a sophisticated but sporty hatchback that feels far more â€œgrown-upâ€ than its rivals. Itâ€™s generously equipped and comes standard with a full maintenance plan, but itâ€™s also the most expensive model on this list â€“ and the only one on the wrong side of the R300k-mark. Still, itâ€™s a properly rapid little thing, taking just 0.1 longer to reach 100km/h than the dual-clutch-equipped Clio RS. In terms of outright power, the Fiesta ST is easily outgunned by its strongest competitors. But the manner in which it provides its not inconsiderable oomph â€“ which includes an extra 50Nm on overboost â€“ is tough to beat. Power delivery is clean and thereâ€™s virtually no turbo-lag: it really is classic â€œpoint and squirtâ€ stuff.

The styling, meanwhile, isnâ€™t over the top, and equipment levels are satisfactory at worst. The ride can become a little crashy at low speeds (as is the hot hatch way), but overall the Ford Fiesta ST is really easy to live with and surprisingly practical, despite its three-door configuration. Itâ€™s an honest little performance car thatâ€™s thoroughly enjoyable on pretty much any road. And that makes it our top choice in the B-segment hot hatch battle.

Yip, there were a handful of vehicles that unfortunately didnâ€™t quite make the list. The latest MINI Cooper S, for example, came excruciatingly close to being included, but missed out thanks to its large price-tag (it does, after all, play in the premium segment).

The Chevrolet Sonic RS, meanwhile, ran the Suzuki Swift Sport rather close for fifth position, but ultimately needed a little more enthusiasm from its 1.4-litre turbocharged petrol engine and some added ability through the bends to make the cut.

The Volkswagen Polo GTI, of course, is another seemingly glaring omission. But, like the Corsa, the Polo GTI is ageing and like the Clio, thereâ€™s no manual â€˜box available. However, that will soon change, since a 1.8-litre facelift model with a six-speed manual transmission is on the cards for 2015. 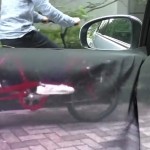 Could our collective future include a transparent car that can see all around it?
Car Tech • 4 November 2014
Read More
More