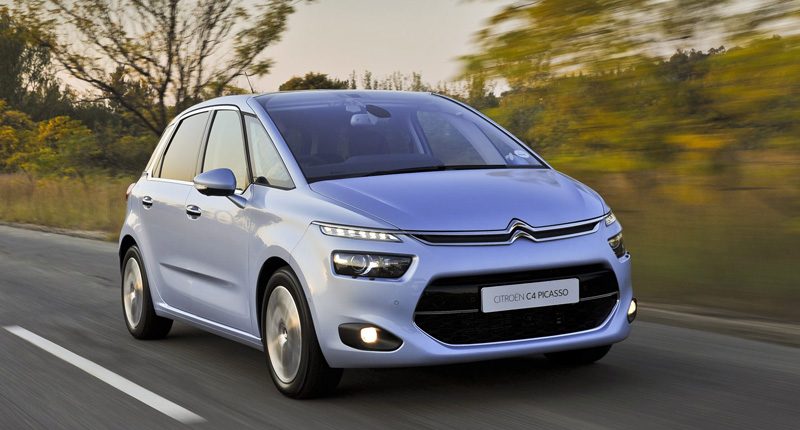 Family vehicles and drool-inducing automotive technology are like pickles and ice cream: they’re generally just not found together.

But the sharply styled CitroÃ«n C4 Picasso bucks that trend. And a few more, in fact.

Yes, this eye-catching MPV boasts enough space for a family of five — and all the related paraphernalia — but still manages to cram in the sort of tech that makes faithful Motorburn readers purr. In fact, the French automaker describes the vehicle’s overall design philosophy in one (admittedly invented but seemingly pinpoint-accurate) word: Technospace.

So, let’s jump right into that roomy interior and have a look at the gizmos on offer. Hop into the cabin and a seven-inch touchscreen immediately catches the eye, serving as an interface through which to control a whole host of in-car features (the multifunctional steering wheel, of course, also houses some controls). The satellite navigation, six-speaker audio system and even the dual-zone climate control are manipulated via this screen and its seven touch-sensitive buttons. Overall, it’s a fairly intuitive setup, although we’re still not entirely convinced that burying air-con controls in a touchscreen interface makes sense from a safety standpoint. Indeed, making minor adjustments to the cabin’s temperature proved problematic when on the move. Still, at least the dashboard is pleasantly uncluttered thanks to the deletion of virtually all of the typically standard buttons. Even the auxiliary socket and two USB ports are neatly tucked away in a central storage bin, although accessing these can be a little tough for tall drivers. Above the touchscreen, a 12-inch panoramic HD screen serves to display the sort of driving information usually reserved for the traditional instrument cluster. This centrally mounted display includes a digital speedometer and tachometer, although can also be set up to present all sorts of other driving information. In fact, the style of the entire system — including the smaller screen — can be altered (and, to a degree, personalised) thanks to three distinct theme options.

The base “Seduction” model (which comes in at R325 900) features a generous list of nifty standard equipment, including Bluetooth functionality, a start button, automatic headlights, rain-sensing wipers, cruise control (with a speed-limiter), electric windows, and aircraft-style tray tables for the rear passengers. Of course, there are also all sorts of exciting toys on the options list. Our test unit, for example, boasted massage and heating functions for the front seats, a splendid La-Z-Boy-style electric footrest for the front passenger, a 360-degree parking system, a motorised tailgate, a panoramic sunroof with five settings, and a lane-departure warning system that alerts the driver by tugging on his or her seatbelt. There’s also radar-guised cruise control, intelligent Xenon headlights, and extra-support headrests on the list. Not the sort of things one would expect to find in an MPV.

But then, even from the outside, the Citroen C4 Picasso is anything but an ordinary people-mover. No, thanks to its super-slim LED daytime running lights, oversized quarter-lights ahead of the front doors, and relatively low ride-height, the MPV is capable of turning more heads than a bikini-clad supermodel in a monastery. It looks great in the pictures, but it’s even better in the metal. The range-topper takes things a step further with 3D-effect LED tail-lights, LED front indicators, front fog-lights (with a cornering function), and tasty 17-inch alloys. So, plenty of tech. But what about the space? Well, the C4 Picasso excels in this department too, with each of the three individual rear seats offering appreciable leg- and head-room, as well as a handy reclining function. They fold flat, too, which transforms the already considerable 537-litre luggage compartment into an 1851-litre hangar-sized space. Not enough packing space for you? Well, there are plenty of clever in-cabin storage options, too. The front perches are pretty roomy as well, a fact emphasised by the sliding sun-blinds that in effect create a panoramic windscreen.

The CitroÃ«n C4 Picasso features a fairly high driving position — incidentally part of the reason why its prime foe (the SUV) is now the default choice for family motoring — which gives the pilot a commanding view of the road. Other than that, this MPV feels decidedly car-like to drive, handling the bends with less body-roll than one might expect. The ride, too, is rather comfortable, as is generally the case with big Citroens. Although the C4 Picasso is undoubtedly a large vehicle, it’s actually fairly light thanks to the automaker’s new Efficient Modular Platform. Thanks to these clever underpinnings, the MPV tips the scales at just 1298kg, which means it can be fitted with a fairly small-displacement engine. Indeed, the only powerplant in the two-model range is a refined 1.6-litre turbo-diesel linked to a six-speed manual transmission.

Itâ€™s a great little engine, serving up 85kW and 270Nm, with the latter available from as low as 1750rpm. This dollop of low-down torque renders the C4 Picasso rather easy to drive, and allows it to hit three figures from standstill in 11.8 seconds. But what’s particularly outstanding about this e-HDI engine is its ability to take tiny sips from the 55-litre tank. In fact, Citroen claims a remarkable 4.0 litres per 100km on the combined cycle. Although we didn’t quite match this, we were more than happy with our real-world 5.2, which converts to more than 1000km from a single tank. Of course, since it’s a family vehicle, the C4 Picasso makes a point of its lengthy safety equipment list, which includes six airbags, ABS with EBA, emergency braking assistance, electronic stability control, electronic parking brake (with a hill-hold function), and IsoFix child-seat anchors for each of the three rear perches. There’s also a tyre-pressure monitor and a blown-bulb detector (the latter is standard on the Intensive model).

So, there’s very little wrong with the Citroen C4 Picasso. It’s distinctively styled and boasts a classy interior with plenty of space for both people and things. It’s also pleasingly frugal and rather simple to drive. And, particularly importantly to us here at Motorburn, it plays host to a plethora of nifty tech that one wouldn’t expect to find in an MPV. 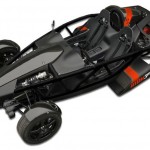