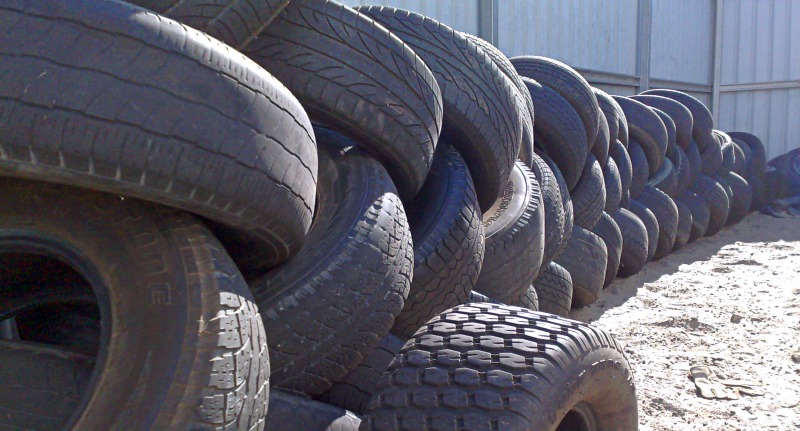 Your carâ€™s tyres have an awfully important job to do. Yes, these ring-shaped pieces of rubber do more than simply deliver the requisite traction to keep your vehicle facing the right way on the tarmac.

They also protect your shiny new alloy wheels and, far more importantly, support the substantial weight of the entire car and its contents. Without air-filled tyres, effective basic driving actions such as accelerating, braking and steering would be pretty much impossible.

Then thereâ€™s the fact that these multifunctional components also form a flexible cushion that softens the sort of impacts weâ€™re used to from our less-than-perfect roads. Yip, the humble pneumatic tyre â€“ widely believed to have been thought up by a certain John Boyd Dunlop back in the late 1800s — is the only direct link your vehicle has with the road.

Yet, chances are most motorists hardly give their tyres a second thought. Thereâ€™s not much technology behind these tough bits of rubber, right? Wrong. So very wrong. Behind the scenes, thereâ€™s constant testing of potential new products thanks to some pretty ingenious engineering approaches.

So, letâ€™s take a look at a few interesting examples of tyre technology currently in the pipeline. Why donâ€™t we already have self-inflating tyres, you ask? Well, we do â€“ just not on ordinary passengers cars. Yes, this sort of nifty â€œair maintenance technologyâ€ has been available on certain commercial and military vehicles for a while now, but is expected to finally make the move to everyday cars in the near future.

So, how does the typical system work? Well, a sensor positioned inside the tyre continuously monitors the air pressure, and sends its information to a self-sustaining pump. If the sensor detects a pressure below the required minimum, the pump â€“ which generates its pressure via energy generated by the rotating wheel (sort of like a self-winding watch) â€“ simply tops up the tyre.

The benefits of permanently properly inflated tyres, of course, range from improved fuel economy and increased tyre life to the very fact that lazy drivers neednâ€™t worry about routinely pumping up their vehicleâ€™s tyres. Yes, those pesky weed-like dandelions that keep popping up in your otherwise immaculate lawn could well prove remarkably useful in the tyre-making industry. In fact, Continental has already revealed its first test tyres manufactured from Taraxacum (the large genus of flowering plants in the family Asteraceae, for the botanically minded).

The German tyre-maker has already started testing its WinterContact TS 850 P range, which has been created using the natural rubber from dandelion roots. The particular plant used? A robust Russian dandelion cultivated specifically for the project.

According to Continental, series production of the new product â€“ which the company has dubbed â€œTaraxagumâ€ â€“ should start within the next five to 10 years. The major upside, of course, is the potential to make tyre production more sustainable and less dependent on traditional raw materials. Goodyear unveiled a new concept SUV tyre â€“ with two distinct air chambers â€“ at Geneva this year. In theory, if one chamber were to be punctured, the motorist could continue driving, albeit more cautiously. Itâ€™s a simple but clever idea, and one that perhaps should have been thought up sooner.

On the concept tyre, the two chambers are separated by a sizeable central groove designed to both evacuate large quantities of water/mud (thereby improving grip in the wet) and reduce overall rolling resistance (to improve fuel economy). The wider, outer ring is designed for optimal road use, while the narrower, inner ring comes into its own on sand or mud thanks to its rougher tread.

Of course, Goodyear makes it clear that this concept is exactly that â€“ a concept intended to show off the companyâ€™s development processes. However, thereâ€™s little doubt that it will also serve as inspiration for future products. Most people have accepted that the connected car â€“ able to autonomously communicate with other road-users and even road infrastructure â€“ isnâ€™t too far around the corner. But not many would have thought that tyres would have a similar relationship with the vehicles to which they are attached.

Yes, Dunlopâ€™s nifty â€œchip-in-tyreâ€ technology will allow future rubber to talk to the carâ€™s on-board computer. The system employs a battery-less microchip that is embedded in the tyre, sending snippets of useful information â€“ such as tyre make, pressure and temperature â€“ to the vehicleâ€™s electronic brain.

Besides the obvious benefits, such a system could also feasibly bring about an improved response from stability control systems, and even reduce stopping distances in instances where the ABS is activated. And the chip itself will apparently be light enough not to throw the wheel out of balance. Tyre manufacturers, just like automakers, are constantly searching for new ways to make their products more refined. And Continental has come up with a simple yet effective method of reducing road noise. At present, itâ€™s only available on a couple of performance Audis, but in time the tech is expected to be rolled out to the rest of the market.

A special coating is bonded to the inside of the tyreâ€™s tread area after production, which serves to reduce noise transmitted into the cabin. Other than that, the ContiSilent tyre remains exactly the same as a standard tyre, which means it retains its performance characteristics (and efficiency isnâ€™t affected).

And Continentalâ€™s claims are bold: the manufacturer says that this simple layer of polyether-based polyurethane foam cuts interior noise by up to 9 decibels. A number of tyre-makers have in the past flirted with the idea of bringing airless tyres to market for passenger cars (theyâ€™re already available for selected ATVs). But none of them have yet managed to achieve success.

But, rest assured, pretty much all of the big names are working feverishly to make the non-pneumatic tyre a reality. So, if thereâ€™s no air, how does the tyre do its job? Well, a number of spring-loaded resin blades serve to absorb impacts (and support the vehicleâ€™s weight), while a single band of rubber wrapped around them provides the necessary grip.

At the moment, the prototypes already unveiled arenâ€™t quite perfect, with the main issues being heat build-up, poor shock-absorbing ability and stiffness transferred through the steering. But, if these challenges can be overcome, airless tyres will make punctures a thing of the past. 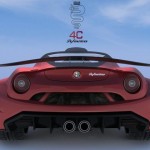