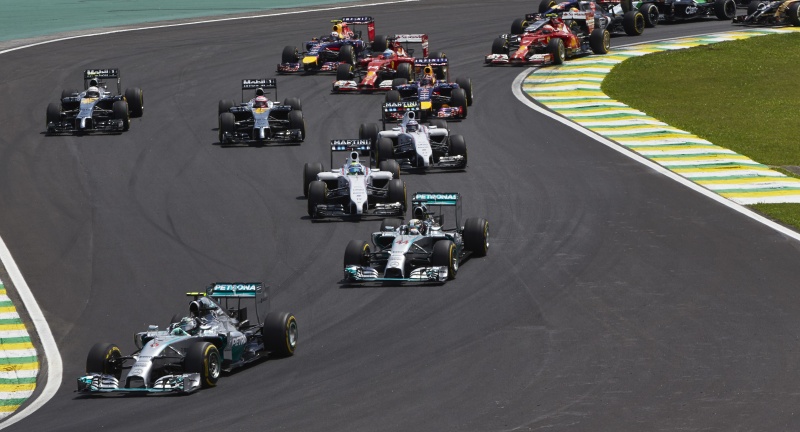 It’s been a weird weekend.

With most of the Northern hemisphere’s Championships coming to an end, there aren’t too many series to speak of, except of course, the small matters of the Formula 1 World Championship and the NASCAR Sprint Cup Championship.

MotoGP is done and dusted, but did Marquez break yet another record this weekend? Read on to find out.

After pulling out of the sport in 2011 (for some peculiar reason, Suzuki reentered the MotoGP fray at Valencia. 2015 will be the Japanese manufacturers full return to its spiritual home, and while the final race of this season saw its long-awaited return, it was a rather underwhelming affair.

With Randy de Puniet at the helm, the Suzuki only managed a few laps of the race, coming to a halt thanks to recurring engine issues. It seems it will be a while yet before Suzuki’s back on the top step of the podium.

Have a look at the bike at the Circuit of the Americas test earlier this year, above.

Speaking of podiums, Marc Marquez has shattered yet another record, with the most wins ever captured in a Premier Motorcycle GP class. Mick Doohan, step down!

In a hard fought affair, Marquez (for once) got a clean getaway with none other than Ianonne in the Ducati separating the Spaniard from Valentino Rossi and Dani Pedrosa in 3rd and 4th respectively.

Rossi went on to finish behind Marquez — mirroring the Championship standings — with Dani Pedrosa notching up his tenth podium of the season. One race. 50 points for a win. 17 points between them. That’s the Championship equation after the penultimate round of the Formula 1 season that took place at a sweltering Interlagos.

With track temperatures pushing 57Â°C, the Pirelli tyres we’re struggling to keep themselves together on the newly-laid tarmac. All runners were struggling with degradation, which led to quite a frantic scramble between pitstops. And this wasn’t even factoring in the ferocious Mercedes inter-team battle.

Read more: The Hamilton-Rosberg saga continues: 5 moments you missed in motorsport this weekend

In the end the heat was too much for Hamilton who squandered a chance to leapfrog Rosberg after the second round of pitstops. The driver’s brake bias was set too rearward going into turn four, which sent him into an almighty spin, costing him six crucial seconds.

Although he caught Rosberg again it was too late to pass him with fading tyres, and the German came home for a much needed victory. Massa, the homecrowd hero, came in a well-driven and extremely popular third. If you needed an idea of just how dominant the Mercedes AMG W05 Hybrid is, take this stat into consideration: the car has accrued more one/two finishes than the iconic Honda-powered 1988 McLaren MP4/4 that Senna and Prost used to decimate the field.

The season that ended with more than a splash of controversy, Prost ended up taking the Championship thanks in part to the FIA and his sheer cunning. Senna on the other hand, was ultimately robbed of the title after doing everything right. This is still a major sticking point for fans.

While Rosberg and Hamilton are rather stellar themselves, we’ll have to hope Abu Dhabi’s promise of double points doesn’t plunge the sport into disarray like the Japanese GP did nearly two decades ago.

Nevertheless, to eclipse a record set by such a magnificent car with two of Formula 1’s greatest drivers in the drivers’ seats, is no mean feat.

5. Caterham crowdfunding its way back into F1

Who says Formula 1 battles are fought on the track? In the ultra-expensive arena, oftentimes teams need more than US$100-million just to keep afloat in the world of fast cars and even faster economics.

Thanks to crowdfunding, raising funds is a much easier affair — even for Formula 1 teams. Case in point? Caterham.

Yes, everyone’s favourite F1 team in administration has taken to crowdfunding to ensure that it stakes its place on the Abu Dhabi grid.

While Bernie thinks it’s a “disaster”, we at Motorburn think it’s brilliant. Why not? It’s much better than alienating current fans with the three-car-per-team idea.

Currently, the team has raised over US$1.59-million, with a hopeful target of Â£2,350,000 (US$3.73-million). Frankly, we hope the team gets there, even if it is for just one more race. This can’t be a sustainable means of investment, but Caterham can’t be accused of not using all the technology at hand. NASCAR has a strange sense of humour, and I’m not talking about the pitlane-inspired brawls.

Kevin Harvick started this weekend dead-last in the Chase has won at Phoenix, throwing him into the final Championship race in Miami later this month, and making him clear favourite (at least amongst the drivers).

“I like Harvick. Yeah, I think Harvick looks really goodâ€¦ the guy has led the most laps all year long, guys. It’s not me that’s saying this. I do think that Denny won that race (at Homestead) last year, so he can be really, really strong there,” noted the not so lucky Jeff Gordon.

Gordon finished the race second but was knocked out of the Chase thanks to a fast charging Ryan Newman.

The great thing about the final four though? None of them has won the NASCAR Sprint Cup before, so Homestead should be one hell of a showdown. Whoever finishes as the highest placed driver in that race, will walk away as Champion. 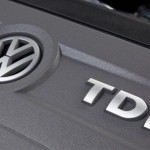