By Andy Walker, former editor
Read next2015 Dakar Rally: here’s how the Peugeot 2008 DKR could surprise everyone 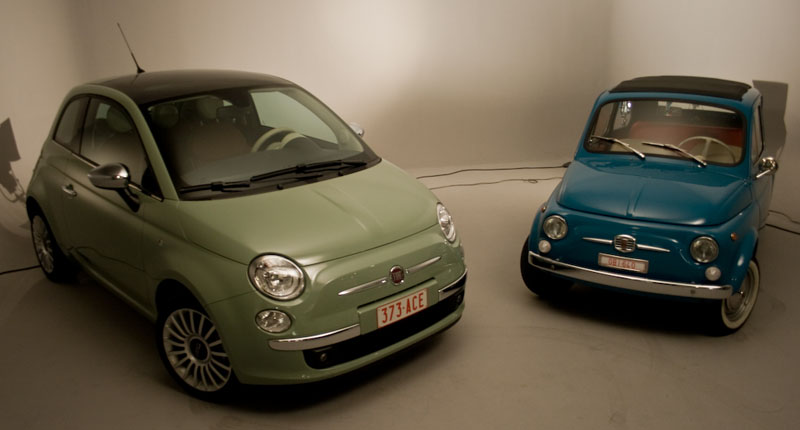 If you’re like me and think of James Bond movies, the only thing that comes to mind is the man’s car collection.

The Aston Martin DB5, for example, is still a car entrenched in the hearts of millions, but Bond’s next car might not be as seductive as previously anticipated, and nothing like the Aston Martin monster we all were expecting.

New details have emerged suggesting that the infamous British spy who is really a victim of his own vehicular taste, will be carting around in none other than the tiny Fiat 500.

Sure, a good, practical choice for everyday city transport but we’re not sure if we want to see Mr. Bond transporting groceries around Rome obeying the rules in accord. Hopefully the car will be just one of many the Briton will be driving.

There’s much talk regarding Aston’s DB9 successor featuring in the movie too. This isn’t a foreign concept either — Aston “launched” its DBS back in 2006 in Casino Royale, so the automaker could possibly do the same with the 24th Bond instalment. And the DB9 successor should take styling cues from the company’s Gran Turismo real world fantasy — the DP-100.

Of course, we’ve also seen some wondrous driving with small cars in the past. The Bourne Identity‘s Mini-starring car chase through Paris springs to mind, and not forgetting The Italian Job‘s trio of the plucky British cars too. Both were brilliant.

If the little Fiat is indeed star of the show, there’s always a possibility that it could turn into a helicopter, or time travel. It could also be the hot Abarth variant too — a real wolf in sheep’s clothing.

Update: Aston Martin has announced that Mr. Bond will in fact be driving the company’s DB10, a car co-developed between the creators of “Spectre” (the new Bond movie title) and the car company itself.

For what it’s worth, it’s a simply stunning car. Under that long, slinky bonnet we’ll find a 4.8-litre V8 capable of 420-horsepower (if it’s indeed taken from the Vantage V8), which is strangely uninspiring. Although it’s a rather small, compact Aston Martin, we would’ve thought a slightly sprightlier engine would’ve been employed. Mr. Bond can’t exactly blame the rising price of petroleum either.

Only ten of these cars will be made, so the DB10 will be quite an exclusive ride in 2015. 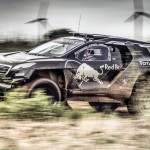