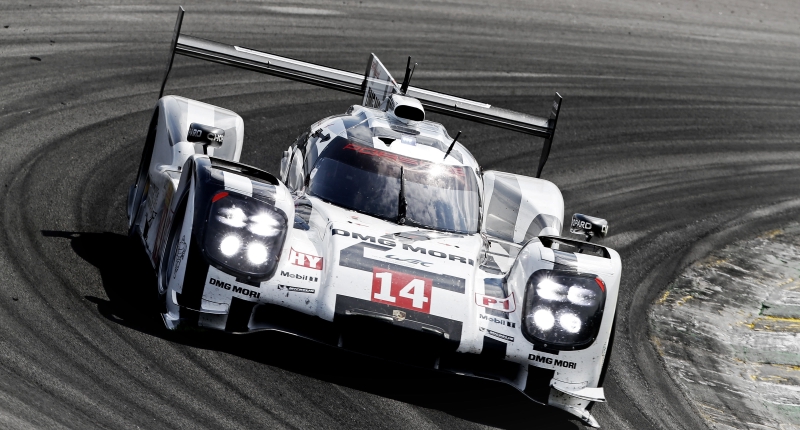 It’s quiet in the motorsport realm, isn’t it? After last weekend’s Formula 1 crescendo, the usual December lull has commenced and we can’t wait for the Summer antics to begin again.

There are tidbits here and there, but we have to look a bit more far afield to find the roar of the odd engine and the squeal of the odd tyre.

Winter testing got under way in Abu Dhabi, with Nico Rosberg and others jumping straight back into the car after being schooled by Lewis Hamilton. A host of other teams also enjoyed private test sessions this week, including McLaren-Honda and Ferrari.

The World Endurance Championship held its final event in Sao Paulo this weekend, with Toyota already taking the Championship a race prior in Bahrain. And with the RallyX Championship the only other major championship to conclude, we have some more left-field news.

Swapping power units at the end of the season is never as simple as a cut-and-paste job. Formula 1 cars are designed around the engines they carry, so the power unit — especially in today’s hybrid/ERS world — is more important than before.

Someone really should’ve told McLaren this. The team, running the Honda engine for the first time managed only five laps in two days of running at the Abu Dhabi post-season test.

Of course, always looking on the bright side, team chief Eric Boullier noted that he’d rather deal with these issues now than at next year’s test at Jerez.

Oh, and we still have no clue who will be piloting the cars next season.

Another driver doing some testing is new Maranello favourite Sebastian Vettel. He however was in a more stable, more reliable Ferrari F2012 — the car that arguably should’ve taken the Championship away from him that year, but thanks to Ferrari’s remarkably terrible tactics, Fernando Alonso finished behind the German that season.

3. Ford will abandon V8 Supercars after next season

We’re going to miss these wonderful sounds from 2016.

In some sad news, Ford — after becoming something of a V8 Supercars mainstay — has announced that it is pulling out of Australia’s premier touring car series.

It seems that the closure of Ford Australia’s production plants — where the Falcon is produced — has a major bearing on the manufacturer’s decision.

Nevertheless, with the “Car of the Future” under review, and new engine layouts being considered, V8 Supercars might actually be one of the healthier motorsport series on the planet right now — its future is pretty much assured beyond 2016. That’s something you can’t say for some other major series.

Those Holden versus Ford battles will unfortunately be a thing of the past from 2016.

Remember that certain Rubens Barrichello? The lovable Ferrari driver for a good few years? Well, he has just won his first title since his 1991 Formula 3 Championship win. After living in the shadow of Michael Schumacher, we’re pretty happy to see Rubinho up on the top step again.

Taking the lesser known Brazilian V8 Stock Car Championship crown, the Brazilian — who never had much luck in his home country driving a Formula 1 car — was rather chuffed taking his first title on his home turf.

At age 42, there’s no hint of him slowing down either. 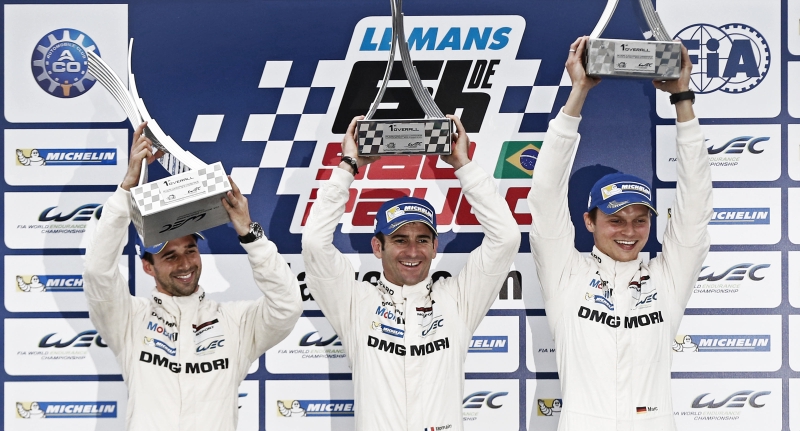 After showing such promise this entire year, Porsche has finally won a WEC event in its return season probably thanks to the car’s superior overall pace.

Endurance racing is a strange concept. Between juggling fuel efficiency and reliability, manufacturers also need to ensure that their cars are quick. Of course, the former two factors are most important around long tracks like Le Mans’ Circuit de la Sarthe, but around a track like Interlagos — where altitude plays a massive factor — one lap pace is privileged.

Neel Jani, Marc Lieb and Romain Dumas took the #14 Porsche 919 Hybrid across the line, but the car was behind the safety car after Webber’s late crash.

Speaking of which, it was a massive incident.

Mark Webber isn’t exactly foreign to enormous crashes, but this was particularly bad. Reminiscent of his enormous Formula 1 crash involving Alonso in 2003, it seems Webber attempted to pass a Ferrari around the outside of the final corner at Interlagos, but was pushed out wide. There’s not much grip around there, and subsequently, the Porsche 919 Hybrid hit the wall and burst into flames.

Either that, or the Ferrari driver couldn’t see Webber passing him on the inside. It’s a rather curious shunt.

Webber was removed from the car and placed on a stretcher, but reports suggest the Australian hasn’t sustained any major injuries.

Sebastian Loeb, co-piloted by his wife in the Abu Dhabi Citroen DS3, won the curtain-raiser to Rallye de Monaco — Rallye du Var — in France this weekend.

With the nine-times WRC Champion announcing his return to the Championship for next year’s Monaco event earlier this month, the Frenchman thought some practice wouldn’t go amiss.

Clearly his career in the WTCC has done him world’s of good, because he’s still a ridiculously good driver.

In a dominant performance, Petter Solberg capped a magical year in the FIA World Rally Cross Championship, by winning the final event in Argentina.

The former WRC Subaru pilot drove a controlled event and flung his car to victory ahead of Reinis Nitiss and Toomas Heikkinen. 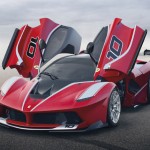