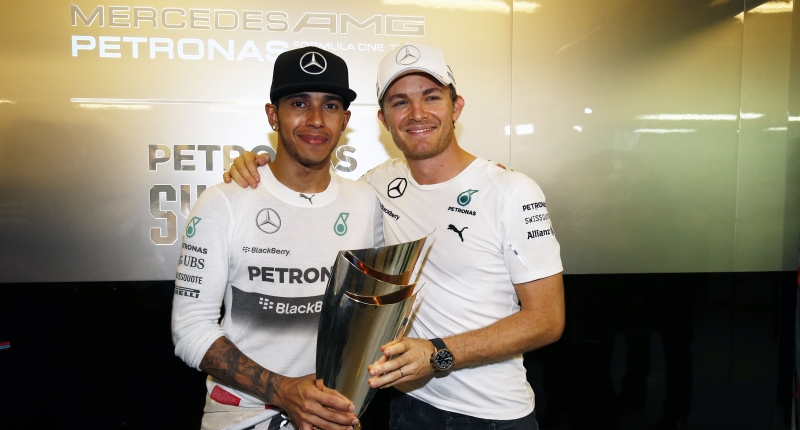 It was a landmark year for the Mercedes AMG team, for hybrid-turbo technology and for Lewis Hamilton, eventual winner of the most hotly contested season in quite a while.

Rolling back the years for many fans of the sport, watching the two Mercedes team mates have at it was a glimpse back to 1988, when four-times World Champion Alain Prost and three-times World Champion Ayrton Senna were at it almost every weekend in what was then the most successful Formula 1 car ever constructed.

Roll on a few years, and the introduction of hybrid-turbo technology introduced the largest gulf in performance we’ve seen since 2009. But that wasn’t to say it was a boring year, by any stretch of the imagination.

However, there were pivotal moments in the Championship that had a massive bearing on the entire outcome of the race for the title, and those we’ll be looking at today.

At the end of the year, we look back at five of these pivotal moments for Mercedes AMG Petronas, recapping them and remembering them with glee.

1. The Mercedes W05 Hybrid launch — the most important racing car launch since the Audi R10 TDI Who knew that this particular yet seemingly inauspicious day in February would hold so much weight come November?

The Mercedes W05 Hybrid will go down as the sport’s most successful car ever, and probably it’s most efficient too. It was a big leap for motorsport technology and Formula 1 back into the realm of road relevance.

Although the World Endurance Championship‘s LMP1 cars have relied on hybrid technology for a good while (and even diesel in Audi’s R10 TDI), and Formula E has burst onto the scene with its electric-only formula, Formula 1 is still the pinnacle of development, and in saying that, the W05 Hybrid was the pinnacle of motorsport. At the first race in Australia, the world witnessed what a supreme package the Mercedes W05 Hybrid was, but that only meant the Mercedes teammates would be the ones contesting this year’s title. How right were we.

At race three during the first night event held in Bahrain, Hamilton and Rosberg had an almighty flag-to-finish fight amongst themselves, which led to a few heart in mouth moments.

They didn’t bang wheels, they didn’t send each other off the road, but it was good, clean driving.

Hamilton won the race, with Rosberg second, perhaps foreshadowing much of the season.

3. Monaco GP: Rosberg ruins Hamilton’s pole lap, Rosberg wins the race. But was it on purpose? Strangely enough, a snatched brake would throw the entire season into something of a dog-fight between the Mercedes pair from May onwards.

In Michael Schumacher-like fashion (although less precise), Rosberg either deliberately or accidentally carried too much speed into Monaco’s Mirabeau corner, outbraked himself and took the escape road. Yellow flags were outed, which spoiled Lewis Hamilton’s pole attempt. Rosberg was fastest at the time and remained so when the session concluded.

Monaco is probably the one place on the calendar you want to guarantee pole position.

Hamilton was not best pleased, Rosberg was ecstatic. The German eventually went on to win the Monaco GP and begin a run of success that saw Hamilton’s Championship hopes take a severe dent.

4. Belgian GP: The relationship turns sour when Rosberg hits Hamilton “on purpose” too The most chaotic race of the season for Mercedes saw the one thing Grand Prix teams dread — teammates making contact on the racetrack.

Hamilton got the run on Rosberg from the start and through the super fast Eau Rouge corner, and on the back straigh the Briton was leading his German compatriot. Rosberg has other ideas though, and at the chicane at the end of the Kemmel straight, Rosberg charged down the outside of Hamilton, ruining his front wing and puncturing Hamilton’s left-rear tyre.

Both drivers finished off the podium, with Red Bull’s Dani Ricciardo winning the race. But more importantly, this sparked what many believed would be a Prost/Senna like battle for the rest of the season.

If only they were right. I won’t for one minute suggest that Hamilton had this season won before Abu Dhabi. Sure, winning in Brazil, the Briton made massive strides towards his second World Championship, but he still needed to beat his teammate — and now bitter rival — in the desert kingdom.

The race got off to the perfect start for second-on-the-grid Hamilton who bolted for the flag leaving a slow-starting pole sitter Rosberg crawling towards third. But there was something massively wrong with Rosberg’s car.

Halfway though the race, the German’s W05 Hybrid’s ERS system failed, leaving him 160-horsepowre down and three seconds off the race, struggling to finish in the points.

In conclusion, double points didn’t play a role in the Championship result, and for that fans should be thankful, but at many moments in the season it seemed that Rosberg had it in his grasp. Hamilton’s impressive post-Spa performances however really ensured that he was the deserved 2014 World Champion. 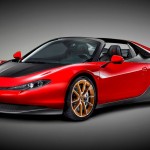