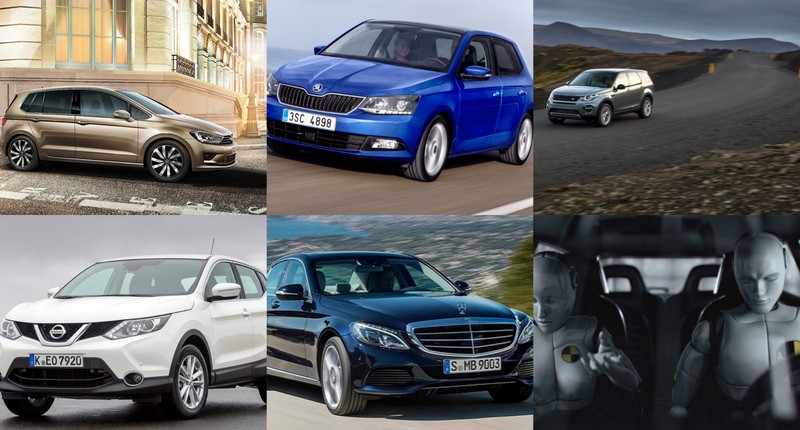 Crashing. Nobody wants to do it, right? Wrong.

The clever folks over at the European New Car Assessment Programme (more commonly known as Euro NCAP) studiously put all manner of automobiles through their metal-mangling paces each and every year. And they quite likely enjoy the heck out of it.

Of course, these collision boffins observe all that stomach-churning destruction from a suitably safe distance, instead subbing in full-scale anthropomorphic test devices to do their dirty work. Smart move, chaps.

These days, such crash test dummies come in all shapes and sizes, from the adult driver and passenger to the 18-month-old and three-year-old child occupants. And theyâ€™re forever changing, too: as the average human waistline grows, so to does that of the soon-to-be-wrecked mannequin. Safety tech has to work for the, er, â€œwell-upholsteredâ€ occupant too, after all.

So, to the testing. We must first point out that Euro NCAP does not assess every single variant of every new car to hit the global market. Instead, it aims to provide a broad range of information to consumers regarding popular and interesting vehicles. Fair enough.

So, these are the five vehicles that managed to achieve the highest overall scores in their respective classes. A parting word of advice: try your best not to test out these safety featuresâ€¦ The Skoda Fabia was the only supermini â€“ of the 14 tested during the year â€“ to be awarded a full five-star rating. In the standard frontal impact test, the passenger compartment â€œremained stableâ€, with decent protection for the knees and femurs of those up front. In dynamics tests, the five-door hatch scored maximum points for protection of the 18-month-old dummy.

In terms of pedestrian protection, the Fabiaâ€™s front bumper fared particularly well, though the base of the windscreen and stiff A-pillars returned poor results. The Skoda comes with a fair whack of standard safety equipment â€“ such as electronic stability control and seatbelt reminders for all perches â€“ but it was the optional autonomous emergency braking systemâ€™s inter-urban functionality that garnered the most attention (even if it did score a mere â€œadequateâ€ rating). Care more about yourself than others? Then youâ€™ll want to drive a Qashqai, since the dummy in the driverâ€™s seat scored maximum points in both the frontal impact and side-barrier tests, with good protection for all areas of the body. The comely crossover didnâ€™t do badly in other zones either, also bagging top marks for protection of the one-and-a-half-year-old dummy during dynamic testing.

And pedestrian safety? Well, the centre of the Qashqaiâ€™s front bumper returned impressive results, in contrast to the poor safety performance of the outboard sections. There are myriad safety assistance systems available with this popular Japanese crossover, but many â€“ including autonomous emergency braking, lane-departure warning, and the camera-based speed sign recognition system â€“ are optional. Still, the Qashqai punches well above its weight in this area. No surprises that the Mercedes-Benz C-Class claimed the â€œlarge family carâ€ gong, seeing that it can quite feasibly be referred to as a baby S-Class. The posh sedan excelled in terms of adult occupant protection, returning particularly impressive results in the side-barrier test. Infant protection, meanwhile, was also top-class, although protection of the neck and chest of the larger three-year-old dummy wasnâ€™t quite as inspiring.

The C-Class boasts an â€œactive bonnetâ€ that creates more space between it and the engine bay when an impact with a pedestrian is detected. And, according to Euro NCAP, the system works an absolute treat, even at different speeds and for foot-travellers of various statures. Mercâ€™s fancy Collision Prevention Assist Plus system, meanwhile, is fitted as standard, and the crash-test authority describes it as â€œeffectiveâ€. Of course, there are also a number of nifty optional safety systems available, though most of these werenâ€™t included in the assessment as they did not meet Euro NCAPâ€™s fitment criteria. This little MPV version of the uber-popular Volkswagen Golf scored maximum points in the side-barrier test, while the passenger compartment remained suitably stable in the front impact assessment. Whiplash protection for all occupants, front and rear, was a standout result in the rear-end collision test. In dynamic testing, the Sportsvan achieved top marks for its protection of the 18-month dummy.

Interestingly, Euro NCAP says the bumper itself scored maximum points for pedestrian protection, but the front edge of said bumper was â€œpoor in all areas and scored no pointsâ€. The chunky Golf-based MPV is available with an autonomous emergency braking system, and its high-speed function â€œperformed wellâ€ in testing (low-speed functionality was not tested). â€œGoodâ€ protection was provided to all critical body regions of the passenger dummy in the frontal impact test, while maximum points were scored in the side impact test. Even in the more severe side pole test, the Discovery Sport fared well. Whiplash protection was impressive up front, but merely â€œmarginalâ€ for rear passengers. The vehicle returned top marks for its protection of the 18-month dummy in dynamic assessments as well.

The leading edge of the off-roaderâ€™s front bumper, meanwhile, showed â€œpoor protection in all areas testedâ€, and thus scored no points. A pedestrian airbag deployed from underneath a panel at the base of the windscreen, however, offered robust protection across a broad range of speeds. Standard assistance systems, meanwhile, are plentiful, with a lane departure warning system, driver-set speed limitation device, and an autonomous emergency braking function all contributing to the highest â€œsafety assistâ€ score on this list. 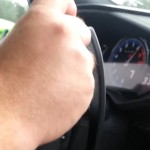