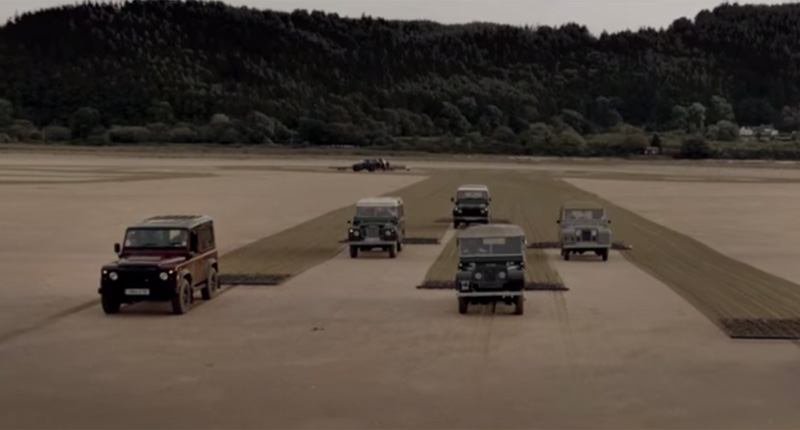 When the production on the Land Rover Defender ends later this year, there will be more than a few tears shed. It has, after all, been in continuous production for some 67 years and when you ask someone to draw a Land Rover, chances are they’ll sketch out the Defender’s outline.

Interestingly, that iconic shape may have something to do with the fact that it was first sketched in sand, at Red Wharf Bay in Anglesey. In 1947, Maurice Wilks, first sketched the shape for the original Land Rover in the sand of Red Wharf Bay and proposed the idea to his brother Spencer, Rover’s managing director. The Wilks family owned land on the Welsh island and Maurice wanted a versatile vehicle that could double as a light tractor and off-roader.

Soon after, the Land Rover was born.

In order to celebrate that legacy, as well as the final run of the vehicle, Land Rover has released three special edition Defenders.

It’s also marked their release with a kilometre-wide piece of sand art — created by Defenders — at that self-same beach. In order to make the giant Land Rover outline six Defenders were pressed into service, dragging heavy chains behind them. The vehicles chosen for the race against the Anglesey tides chart the evolution of the Defender from its introduction in 1948 to the present day.

A Land Rover Series I, II and III were joined on the beach by a Ninety from the Eighties, a Defender 90 Hard Top and a Defender 110 Station Wagon. The Series II once belonged to the Wilks family and in memory of the moment originally enacted by their fathers, cousins Stephen and Nick Wilks, the sons of Maurice and Spencer Wilks respectively, were on hand to take part.

According to Land Rover Vehicle Line Director Nick Rogers, each of the limited edition Defender models celebrate a different element of the vehicle’s character.

“We wanted to mark the end of Defender production at Solihull with a special edition but coming up with a single identity was impossible, so we developed three very different interpretations of the Defender to reflect its strength and breadth of character,” he says. “Whether our customers want to celebrate Land Rover’s unrivalled off-road heritage, demand the ultimate in terms of design and performance or have a genuine thirst for adventure, there will be a limited edition Defender that will be fit for purpose.”

The Heritage Edition is inspired by early Land Rover models and, according to Land Rover, “mixes nostalgic design cues with modern creature comforts”. It will be available in global markets and is identified by distinctive Grasmere Green paintwork and a contrasting white roof. A heritage grille and HUE 166 graphics, recalling the registration plate of the first ever pre-production Land Rover nicknamed ‘Huey’, also identify the Heritage model.

The new Adventure Edition meanwhile is reportedly aimed at Land Rover customers who relish the great outdoors and embrace the Defender’s ‘go anywhere, do anything’ attitude. It comes fitted with additional underbody protection and Goodyear MT/R tyres to boost its all-terrain capability. Unique decals and a leather-trimmed cabin ensure the Adventure Edition stands out from the Defender crowd. 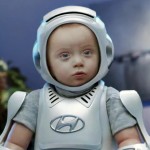