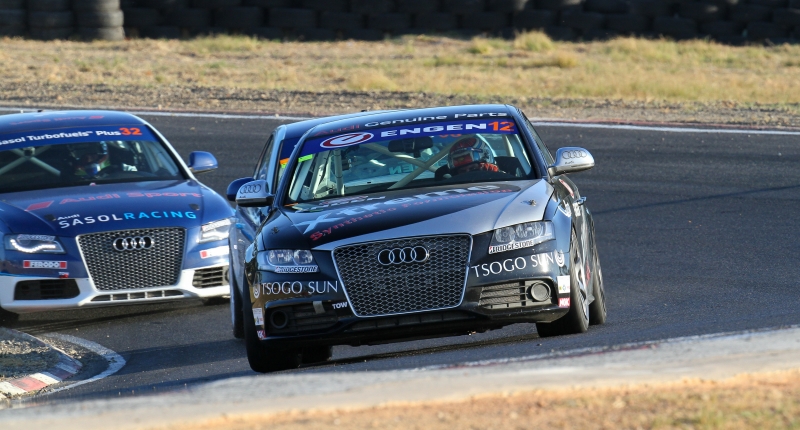 After a much too quiet Easter weekend, motorsport is back with a splutter and whine.

We’ve seen events from all the major series from all disciplines this weekend, from Formula 1 to MotoGP and the South African National Production Car Championship.

While each of these are different, they are all entertaining in their own unique way (with the exception of Formula 1 perhaps, because the Chinese GP was a yawn).

So, without much ado, here’s this weekend’s motorsport roundup.

1. Formula 1: Nutter runs across track during second practice, luckily no one hits him

There were fresh safety concerns at the Chinese GP after a man runs across the track during second practice #SSNHQ pic.twitter.com/IKEw8mTMRv

All the chap wanted to do was drive a Ferrari, allegedly.

While we haven’t seen track invaders in a while, there has been a few hairy moments in Formula 1’s history with spectators and marshalls running across the track. This guy was lucky he escaped with just handcuffs. In a bit of a boring race (truth be told), Lewis Hamilton claimed yet another victory with his teammate following him home. Sebastian Vettel and Kimi Raikkonen finished in third and fourth, separated by just over a second, while the two Williams finished fifth and sixth, nearly 30 seconds further down the road.

While Ferrari had the upper hand in the opening stint, Mercedes stretched its legs in the latter half of the race, pulling away from the Scuderia’s cars and showing everyone just how boring Formula 1 can really be.

3. IndyCar Series: Hinchcliffe gets extremely lucky, Jakes even more so

Although Hinchcliffe only made one stop the entire afternoon to win in Louisiana, you must feel for the driver of the day, Simona de Silvestro. She came from the back of the field to finished a strong fourth in a rain and incident interrupted race.

Hinchcliffe, rather appropriately, ran out of fuel on the cool-down lap, which meant that podium celebrations were also delayed. Castroneves finished second while Former GP2 driver James Jakes finished third.

4. IndyCar Series: What is a green flag, anyway?

These guys really know how to crash. Often. Sure, even if NOLA was the wettest track on the face of the earth this weekend, we’re still not too sure how these guys manage to bring out caution after caution.

Hunter-Reay, Pagenaud and Bordais were involved in a skirmish with just six minutes to go, which was really Pagenaud’s and Hunter-Reay’s error. Bordais was lucky to have his head intact after the crash.

It was a messy race though and to be fair, it’s amazing that there was an actual race held.

Audi usually has a rubbish LMP1 car everywhere else but Le Mans, but the German manufacturer has seemed to break its duck. At the Six Hours of Silverstone, it finished Audi-Porsche-Toyota, which might be a sign of things to come for the German marques.

While Nissan will only join the World Endurance Championship circus come the 24 Hours of Le Mans, Audi can at least look forward to a Championship contending car this season.

Picture this: you’re setting your fast lap in the final period of qualifying and your bike dies on the main straight. Do you park it and cry for the remaining three minutes, or, do you bolt over the pit lane wall, get on your reserve bike and set the fastest lap ever on a MotoGP bike at the circuit? The latter, if you’re Marc Marquez.

It was a moment of sheer brilliance when the 22-year-old Spaniard took pole position from Andrea Dovizioso and Bradley Smith, and would set up the race perfectly for the Honda rider.

After a 37-minute delay for water under a bridge at turn three (seriously no pun intended), the race saw an epic duel between Valentino Rossi, Andrea Dovizioso, Andrea Iannone and Jorge Lorenzo for second. Marquez, like he has done in the past, practically dominated the race once he got ahead of early leader Dovizioso.

Rossi put up a good fight but finished the race in third behind the Ducati rider. Dovizioso now trails the Yamaha-riding World Championship leader by a single point.

The second round of the TCR Championship was definitely a taste of things to come from the young series, with Honda’s Morbidelli winning the first race (highlights above), and SEAT’s Belicchi winning the second.

Back to his old best? Jimmie Johnson led 128 of the 334 lap race which he won emphatically from the ever-present Kevin Harvick and Dale Earnhardt, Jr.

If you thought the four-ringed marque had a good weekend at Silverstone, you probably didn’t hear about its weekend domination in Cape Town.

The second round of the rebranded NPCC took place at Killarney this weekend, and saw three races of serious, physical racing.

The first race saw a dominant flag-to-flag finish from Hennie Groenewald in the Sasolracing Audi S4, while race two saw Gennaro Bonafede (speaking above), also in an Audi, romp home with a five second cushion in his pocket.

The final race of the weekend saw the Audi’s claim the top four places in an emphatic performance, even though Gary Formato, driving a Ford Focus ST, claimed pole. Michael Stephen claimed the victory. 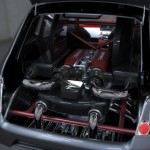