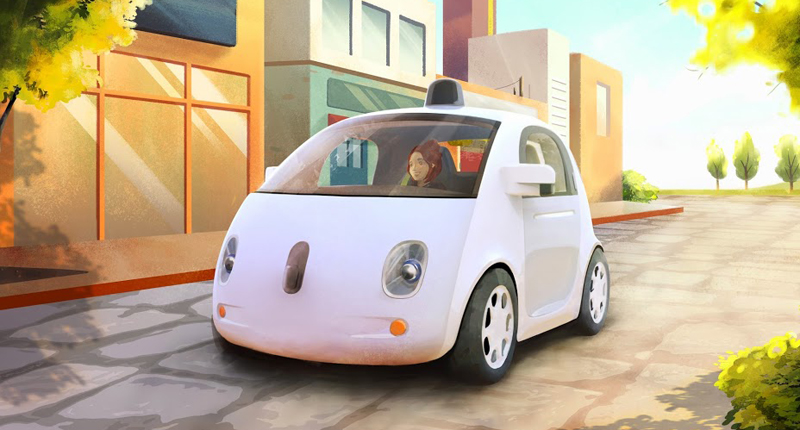 Google has hit back at a report from the Associated Press which says that three of its self-driving cars have been involved in accidents since they hit Californian roads in September last year.

According to the report, Google’s self-driving Lexuses accounted for three of the four accidents involving self-driving cars (the fourth involved a 2014 Audi SQ5 belonging to automotive technology company Delphi).

Both companies have however pushed back at the report, saying that none of the incidents were caused by the vehicles being in self-driving mode. In a statement to the the press agency, Google acknowledged that its cars had been involved in “a handful of minor fender-benders, light damage, no injuries, so far caused by human error and inattention.”

The report took particular issue with the fact the California Department of Motor Vehicles said it could not release details from accident reports and claimed that the lack of transparency meant that people weren’t getting a true sense of the risks associated with the technology.

The AP quotes John Simpson, privacy project director of the nonprofit Consumer Watchdog as saying that Google’s ultimate goal for a car without pedals or a steering wheel makes it “even more important that the details of any accidents be made public â€” so people know what the heck’s going on.”

The report also claims that Google’s cars were involved property damage at a rate higher than ordinary drivers.

In a bid to address both claims Chris Urmson, director of Googleâ€™s self-driving car programme, has penned an extensive piece providing more details around the incidents.

While Urmson says Google’s wish is to avoid all accidents, “some will be unavoidable”. These accidents, he says, are largely of the kind where there’s only light damage and no injuries. They’re also the kind of incidents which aren’t usually reported to police.

As to the rate at which Google’s self-driving cars crash, Urmson is unequivocal. He writes that the cars have driven 1.7-million miles, 1-million which have been in self-driving mode. “Weâ€™re now averaging around 10 000 self-driven miles a week (a bit less than a typical American driver logs in a year), mostly on city streets,” he adds.

“Over the 6 years since we started the project, Urmson writes, “weâ€™ve been involved in 11 minor accidents (light damage, no injuries) during those 1.7 million miles of autonomous and manual driving with our safety drivers behind the wheel, and not once was the self-driving car the cause of the accident”.

In fact, Urmson suggests that the majority of the incidents saw Google’s self-driving cars rear-ended by other vehicles. The cars have also been side-swiped a couple of times and “hit by a car rolling through a stop sign”.

The Google exec also says that the accidents have actually helped Google get a better understanding of self-driving cars and safety.

“Not only are we developing a good understanding of minor accident rates on suburban streets,” he writes, “weâ€™ve also identified patterns of driver behavior (lane-drifting, red-light running) that are leading indicators of significant collisions. Those behaviors donâ€™t ever show up in official statistics, but they create dangerous situations for everyone around them”.

That said, as long as there are human drivers on the road, it’s highly unlikely that self-driving cars will be able to avoid accidents entirely.

“Even when our software and sensors can detect a sticky situation and take action earlier and faster than an alert human driver, sometimes we won’t be able to overcome the realities of speed and distance,” Urmson writes. “Sometimes we’ll get hit just waiting for a light to change.” 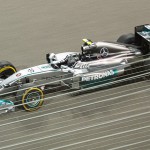