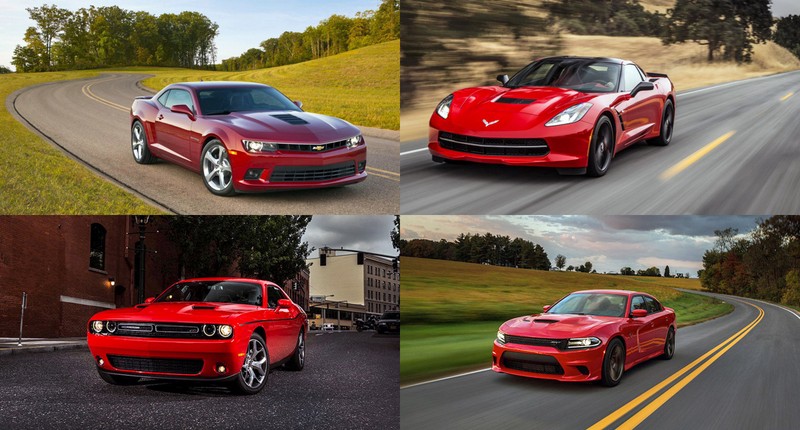 So, you think the American muscle car is dead? A relic of a bygone era built on large-displacement engines and startling straight-line speed?

The muscle car is still very much alive. In fact, it seems that this high-performance variant is actually in rude health.

According to a recent study by Experian Automotive, the American muscle car is in the midst of an impressive revival. In fact, the research suggests that new registrations of American muscle have increased by some 35.4 percent over the previous nine years.

It seems not everyone is obsessed with downsized engines and the improved fuel economy they tend to deliver, after all. Yes, raw horsepower is still rather attractive to some consumers.

So, let’s have a closer look at the five American muscle cars driving this resurgence. No surprises that the Ford Mustang is leading the charge. The entry-level ‘Stang employs an old-school 3.7-litre V6 worth 221kW and 380Nm, while the mid-range derivative draws its urge (228kW and 435Nm, to be precise) from the brand’s 2.3-litre EcoBoost mill. Yes, that makes it the first turbocharged production Mustang… ever.

Of course, the model that stays truest to the American muscle car ideal is the range-topping GT, which boasts a free-breathing 5.0-litre V8. This rumbling eight-cylinder sends 320kW and 544Nm to the rear wheels, via either a six-speed manual or six-speed automatic transmission (the latter with paddle-shifters). The upcoming Shelby GT350R Mustang, meanwhile, looks very interesting indeed.

Of course, the Ford Mustang can be had in two body-styles – fastback and convertible. And the automaker says it can go around corners with far more poise than its predecessors, thanks to independent rear suspension, stiffer sub-frames and a more rigid bodyshell. The Chevrolet Camaro has been standing toe-to-toe with arch-rival the Mustang since the late Sixties, with the fifth-generation debuting in 2010 after an eight-year break in production. And it’s this model that’s still on offer today, with the range kicking off with a 3.6-litre V6 putting down 241kW and 377Nm.

Next up is the Camaro ZL1, which ups the ante thanks to a 6.2-litre supercharged V8 sending a mammoth 433kW and 754Nm to the rear rubber via a six-speed manual gearbox. Maximum speed is claimed to be just four units short of 300km/h. The stripped-down Z/28 rounds out the Camaro range, with its 7.0-litre V8 making 377kW and 637Nm.

Of course, the sixth-generation Chevrolet Camaro has already been unveiled, with the renewed range expected to gain a 2.0-litre turbocharged base model. Sales will likely start towards the end of 2015. In its current form, the Dodge Charger is, in fact, a four-door sedan. The range is pretty varied, and includes rear-wheel drive and all-wheel drive models, with the base variant employing a 3.6-litre V6 producing 218kW and 350Nm. There’s also a 5.7-litre V8 Hemi in the line-up, although we’re most interested in the two models sitting at the top of the tree.

The SRT 392 calls on a 6.4-litre V8 Hemi for its 362kW and 644Nm, linked to an eight-speed automatic transmission with clever rev-matching technology. The top-of-the-range Charger SRT Hellcat, however, is the beastliest of all, thanks to its 6.2-litre supercharged V8 Hemi (how does 527kW and 880Nm sound?).

Dodge reckons that the Hellcat can see off the quarter-mile in a startling eleven seconds flat, hit 100km/h from standstill in just 3.7 seconds, and top out at speeds approaching 330km/h. The fastest factory four-door sedan ever built? The two-door Challenger comes close to matching the Charger for sales in the United States, and in fact boasts an even more comprehensive range of models from which to choose. A 3.6-litre V6 worth 227kW and 363Nm powers the entry-level model, slotting in below the 280kW 5.7-litre V8 Hemi.

Mirroring the Charger line-up, there’s also a 6.4-litre V8 Hemi with eight-speed auto available, as well as the flagship SRT Hellcat derivative that has enthusiasts drooling. This 6.2-litre supercharged V8 Hemi, of course, produces 527kW and 880Nm, translating into some serious real-world oomph.

Yes, the most powerful V8 in Chrysler Group history helps the Challenger SRT Hellcat hit three figures from standstill in just 3.5 seconds. The car comes with a black key-fob that limits engine output and a red key-fob will provides access to all that V8 goodness. With the latter in place, Dodge claims that this Challenger is the “most powerful and fastest muscle car ever”. The current fifth most-popular American muscle car is the Chevrolet Corvette, which is now in its seventh generation and available in either coupe or convertible form. The Corvette Stingray – the first to bear the name since the third-gen model of 1976 – has a 6.2-litre V8 horseshoed under the bonnet, sending 339kW and 624Nm to the rear wheels.

The result is a sprint to 100km/h in around 3.8 seconds, facilitated by either a seven-speed manual (yes, seven!) with rev-matching tech or an eight-speed automatic transmission with paddle-shifters. The Z51 Performance and Handling Package ostensibly makes the Stingray a little more agile.

But it’s the Corvette Z06 that draws the most attention, thanks to its 6.2-litre supercharged V8, which makes a tyre-shredding 445kW and 881Nm. The result is a roar to 100km/h in less than three seconds (with the eight-speed auto fitted, that is). And, if you really want to get hands-on with your Z06, Chevrolet will even allow you to assemble the LT4 engine at its Performance Build Centre located at the Bowling Green Assembly Plant. 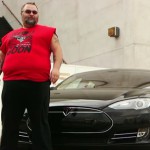