By Andy Walker, former editor
Read nextThe Lexus hoverboard is here, just don’t expect to ride it down the street 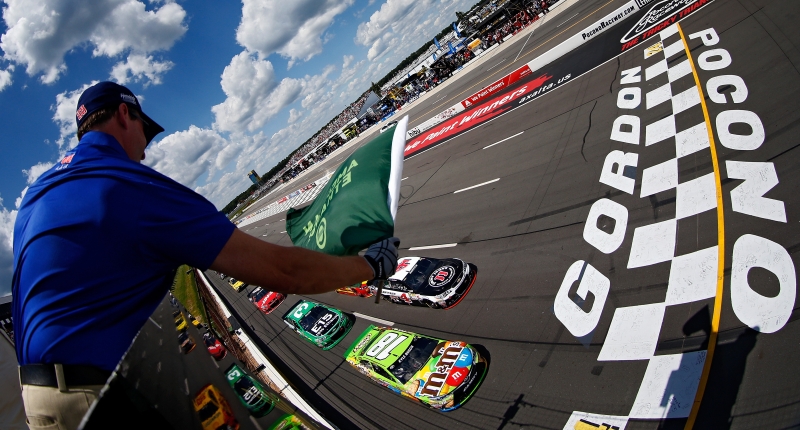 LONG POND, PA - AUGUST 02: Kyle Busch, driver of the #18 M&M's Crispy Toyota, and Kevin Harvick, driver of the #4 Jimmy John's/Budweiser Chevrolet, lead the field to the green flag for the running of the NASCAR Sprint Cup Series Windows 10 400 at Pocono Raceway on August 2, 2015 in Long Pond, Pennsylvania. (Photo by Todd Warshaw/NASCAR via Getty Images)

We’re heading into the backend of the season now with practically all motorsport series. And yes, let’s call it crunch time.

With Formula 1 taking a summer break, and Formula E taking its annual break, it’s up to the rest of the Championships to make up for it.

The WRC visited much colder climes in Scandinavia while we saw torrential rain in Austria. And finally, we visit sunny Australia, for the next round of the V8 Supercars.

Motorsport is a funny old thing. Reliability is key, and so is speed, but if you run out of fuel, you can’t do much about either. And that’s what leaders at Pocono discovered this weekend.

Well on his way to taking his fourth race victory in a row, Kyle Busch ran out of fuel leading the race. Not to be outdone, the Daytona 500 winner Joey Logano joined in as well, also from the lead.

It was Matt Kenseth who took the opportunity, and claimed a well deserved (and shock) victory ahead of Brad Keselowski and Jeff Gordon. Busch remains beyond the Chase places, even after winning four races and limping home in 21st.

Mid-Ohio played host to this weekend’s latest IndyCar duel, and Graham Rahal came out on top thanks to bags of luck and a sixth-sense from his team. Rahal pitted just before a caution was thrown for a spin on track, but Montoya failed to do so.

Once normal service resumed, Rahal was leading with all of his pitstops completed, and Montoya was 12th.

With two races to go in the Championship, Montoya still leads but only by nine points from Rahal.

Finland is a massively scary WRC stage. It’s fast. It’s icy. And not everyone can get to grips with it. Except, of course, a Finn.

Jari-Matti Latvala, largely racing in the shadows of Sebastien Ogier, has shown his class this weekend, beating the incumbent French Champion by 13 seconds. Ogier leads the Championship by over 80 points, but Latvala’s second straight Rally Finland win deserves a round of applause.

Well, it’s one of those things in motorsport, but some tracks suit more teams than others. And this was especially true with the Pepsi Max Fords of Mark Winterbottom (who took the double) and Chad Mostert.

Winning a race from seventh is not too shabby, let alone nearly winning the Riders’ Championship in August. Jonathan Rea has been dominant all season, and at Sepang this weekend, the Northern Irishman showed the world once again why he deserves the title.

In race two, his closest challenger Chaz Davies took another victory to add to his double at Laguna Seca a fortnight earlier.

DTM: Ekstrom leads from start to finish in delayed (and wet) Austrian GP

DTM is a real slugfest this season, with BMW, Mercedes and Audi all taking points away from one another at various events. Roll on to Austria, and it was Audi and Mattais Ekstrom’s time to shine. 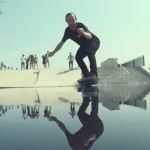 The Lexus hoverboard is here, just don’t expect to ride it down the street
Lexus • 5 August 2015
Read More
More