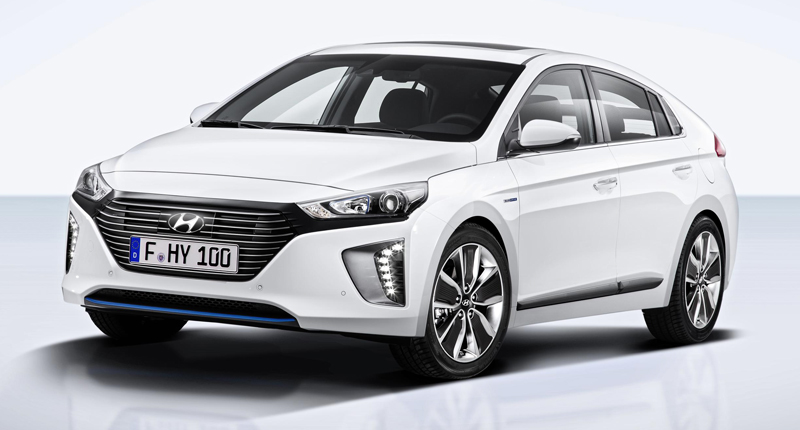 The hybrid is no longer an unusual automobile. But, interestingly, the vast majority of the world’s modern examples are based on existing, conventionally fuelled models.

Yes, these days, you can have a hybrid version of everything from a BMW X5 or Volvo XC90 to a Ford Fusion or even a Toyota Yaris.

Indeed, what’s rather more rare is a hybrid that takes the form of a standalone model.

Honda tried it with the Insight, which lasted a couple of generations. Chevrolet is still trying with the Volt, which does things a little differently by treating its petrol engine as an on-board generator.

But there’s just one dedicated hybrid nameplate that has truly stood the test of time. We are, of course, talking about the venerable Toyota Prius. Now, almost two decades after the Japanese fuel-sipper (which is currently in its fourth generation) first wafted onto the world stage, Hyundai has pulled the covers off what could turn out to be the sleek Toyota’s fiercest competitor yet: the Ioniq.

Based on an all-new platform, the Hyundai Ioniq will be available with a choice of three powertrains: electric, hybrid, and plug-in hybrid. For now, though, the Korean automaker is keeping its cards close to its chest on two of those.

But it has already shared a tasty chunk of information on the third variant ahead of the official premiere at the Geneva Motor Show in March. The hybrid model, which may well have its roots in the Hyundai Blue-Will concept of 2009, will be the first of the trio to come to market. And it’ll have the Prius squarely in its sights.

It employs a 1.6-litre petrol engine – boasting what Hyundai terms “class-leading” thermal efficiency of 40 percent – which the Seoul-based automaker says has been developed exclusively for use in hybrid applications. Linked to this 77kW mill is an electric motor (fed by a lithium-ion polymer battery) that boosts total system output to 104kW and 265Nm. A little more than the Prius, then. Of course, it’s the claimed economy figure that interests us more. Unfortunately, Hyundai is making the world wait for this magic number, which will no doubt prove to be the vehicle’s main talking point once Geneva rolls around. But the automaker does reveal that the newcomer will offer “class-leading fuel efficiency”.

Interestingly, the Hyundai Ioniq hybrid will employ a newly developed six-speed dual-clutch transmission, which it says boasts a class-leading (there’s that word again) power transmission efficiency of 95.7%. The Prius, of course, makes use of a continuously variable transmission.

So, what else does Hyundai have up its sleeve as it bids to dethrone the Prius? Well, the Ioniq hybrid’s creators will have spent plenty of time and effort making the vehicle lighter, largely through the use of advanced high-strength steel and lightweight aluminium. It also appears to be rather slippery, with its drag co-efficient (0.24 Cd) matching that of its Japanese rival.

But the engineers also made sure to position the chunky battery packs strategically to create the kind of low centre of gravity often shared by fun-to-drive vehicles. And it’s in this department – with a firm focus on ride and handling, and with some help from the multi-link rear suspension – that the Korean brand hopes its Ioniq hybrid will truly have the Toyota’s number.

Indeed, the automaker confidently states that the “driving performance of the Ioniq is better than any hybrid car in its class”, adding that the dual-clutch ‘box features a “Sport” mode that rewards the driver with later gearshifts and more engine power. Inside, Hyundai says it has used plenty of “eco-friendly materials”, such as recycled plastic, powdered wood, and volcanic stone (all three of which are used to fashion the interior door covers, for example). But there are also numerous slick convenience items in there, such as a seven-inch TFT information cluster, an efficiency focused dual-zone climate control (which features a clever “driver only” mode), and a wireless inductive charging pad for mobile phones.

Another area in which Hyundai reckons it can snatch the lead for hybrid vehicles is that of driver assistance systems. Yes, the Ioniq will be available with a lengthy list of active safety features, including blind spot detection, lane change assist, rear cross traffic alert, lane departure warning, lane keeping assist, autonomous emergency braking, and even radar cruise control.

So, can the Hyundai Ioniq really topple the now-iconic Toyota Prius? Well, it certainly has a tough task on its hands, even if the Japanese hybrid’s traditionally strong brand cachet has started to fade just a little.

But, at first glance anyway, the new standalone Hyundai model has all the tools to take it to the original game-changer. And potentially shatter the hybrid stereotype in the process. 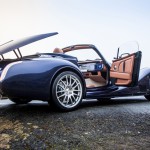