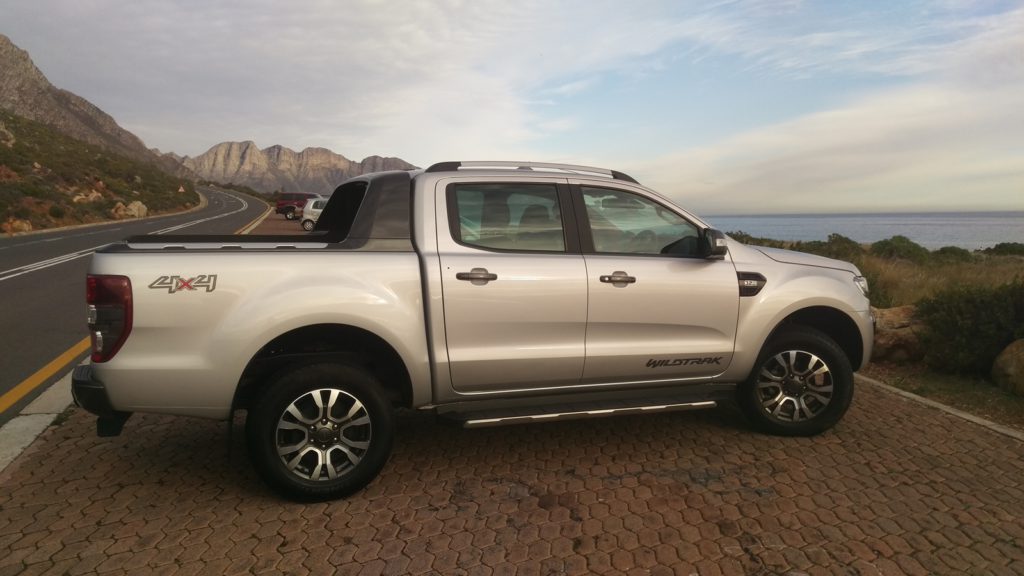 When Ford told me I’d be spending a week in the Ranger Wildtrak, I wasn’t entirely sure how I felt. On the one hand, I’ve always fancied myself as the kind of person who could own a big bakkie. On the other, I live and work in areas of Cape Town which have plenty of very narrow roads and very little off-street parking. Usually that makes driving anything bigger than a compact SUV more than a little challenging. But in the Wildtrak, I felt entirely in control.

You see, while this beast of a double cab is most at home in the kind of terrain usually covered by people with a penchant for adventure, it’s nimble enough to handle pretty much anything the city throws at it.

Strength in all the right places

Give the Wildtrak a passing glance and you’re unlikely to notice anything really special about it. Then again, it’s not really designed to catch your eye. It’s a double-cab 4X4 bakkie, with practicality as its number one concern. But if you take a closer look, you’ll see that Ford’s actually put a fair amount of thought into the design of the Wildtrak.

While it’s clear that the US auto giant wants you to know that the Wildtrak is muscular, none of the curves and bumps feel unnecessary. That sense of practicality runs through pretty much every aspect of the Wildtrak’s exterior, from the the cargo area through to the running board.

Inside, things are a little more comfortable, but still very practical. One of the first things that strikes you as you climb in the driver’s seat is the great all-round visibility. Unlike some large vehicles, you never get the sense that you’re missing out on anything with the Wildtrak. That’s important, because it means the driver aids get to be just that — aids — instead of necessities. The rest of the interior has been well thought out too. Everything you need to reach is within easy grasping distance and is, for the most part, sturdy enough for a vehicle of this kind. Ford’s also done a good job of ensuring that any controls it would be dangerous to reach out for when you’re on the go can be adjusted with buttons on the steering wheel.

There are also more of the things you need: three DC charging points plus an AC one (although you’ll need a UK to South Africa plug adaptor if plan on using it in this country) are, for instance, clear acknowledgments that we live in world where only being able to charge on person’s device is going to cause a serious fight.

Perhaps most importantly though, the Wildtrak has plenty of space in the rear of the cab. In older double cabs, you got the sense that your feet were ever so slightly higher up than they should’ve been. Thankfully, things have moved on and most adults will now feel perfectly comfortable in the rear seats.

The right touch of tech

I’ve already touched on how the Wildtrak’s driver aids don’t feel as if they’re essential to the Wildtrak, but it’s worth repeating. In some of the cars I’ve driven, simply navigating your way through traffic can result in a cacophony of beeps, blips, and bings. But in the Wildtrak, things only really get noisy when they need to. This sense of technology as an enabler carries through to the rest of the features too.

The new 8-inch touchscreen with Ford’s ‘SYNC 2’ interface (voice control, emergency assistance and access to smartphone apps including Spotify) works really well in pretty much every mode. As I’ve also noted, Ford’s done a really good job of ensuring that you don’t have to use the touchscreen when you’re actively driving. In fact, there are times when it actively tells you not to use the touchscreen, which is annoying until you remember how much better it is for your safety. Throwing in some of the most necessary features onto the virtual instrument panel and allowing them to be controlled from the steering wheel is also a nice touch. The light touch continues through to features like the rear-view camera, which isn’t just useful in urban environments, but also when you’re trying to turn around on a tight off-road track. Again though, it’s useful, not essential. That in turn means that you can feel comfortable looking around elsewhere instead of focusing solely on the screen.

Good on any surface

Of course a large part of the reason the Wildtrak has had to become so finessed is because of the rise of the SUV. As the market for SUVs grew even hardened bakkie lovers had to admit they wanted something that was a little more comfortable and which could handle heavy city traffic as well as rural tracks. And that applies just as much to performance and handling as it does to interiors and technology.

Thankfully for those bakkie fanatics, the manufacturers have responded. The Wildtrak is especially good on this front: in heavy traffic, it felt lithe and agile and on tougher terrain, it looked capable of rolling over whatever I threw at it. Admittedly I didn’t get to test it on an extreme 4X4 course or a particularly tall sand dune, but I’m fairly certain that the kind of people who do that sort of thing are already very much set when it comes to vehicle choice.

The other thing to note about the Wildtrak is that its various refinements mean that you’ll also be pretty comfortable cruising long distances in it.

And despite the Wildtrak’s 3.2l engine, you won’t be burning up crazy amounts of fuel in it either. In the week I had it, I drove in traffic, along winding coastal roads, and did some off-road tracks. When I gave it back, my fuel consumption was safely under 10l/100km.

Ford is clearly a company on a mission. At one end of the market, the Figo (which I’ll be reviewing next) is making inroads on the Polo Vivo. And when it comes to bakkies, the Ranger has the Toyota Hilux set firmly in its sights. At the top end of this particular battle, it’s difficult to call a winner but if you’re a city dweller who wants to show that they’re not afraid of roughing it up, you’re probably better off with the Wildtrak. 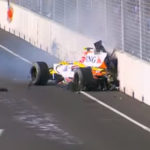