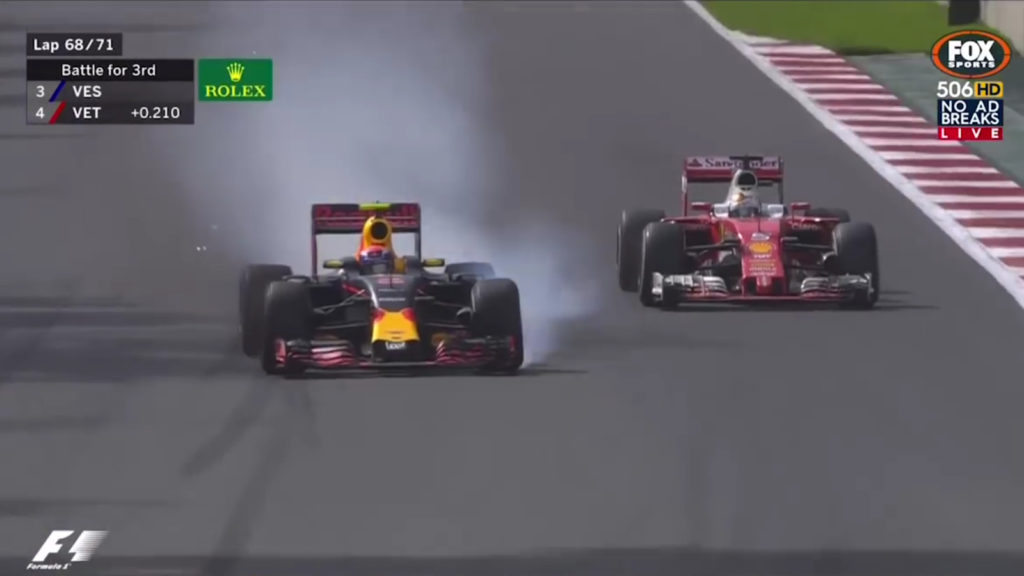 The Mexican Grand Prix wasn’t the most exciting F1 race of the year, but the final laps saw a ton of drama and excitement courtesy of Sebastian Vettel and the Red Bulls.

A fast-charging Vettel was hounding Max Verstappen in the closing laps, while Daniel Ricciardo was catching up to the pair.

Unfortunately for Verstappen, he outbraked himself at the first corner, cutting the turn in the process and still emerging ahead of Vettel. The German and his Ferrari team immediately protested the move to race director Charlie Whiting.

However, Vettel was quickly coming under pressure from Ricciardo, who attempted to make a move down the inside two laps later. The Ferrari driver would move under braking in an attempt to halt Ricciardo’s advance, the two touching in the process but managing to continue.

The German interrupted his race engineer, who was trying to send a message from Whiting, when Vettel launched into a rather scathing statement.

“Ja, you know what? Here’s a message for Charlie! F*ck off! Honestly, f*ck off!” the Ferrari driver screamed.

Verstappen, having initially finished third, would be pulled from the cooldown room and the German would take his place. Unfortunately for Vettel, he would receive a ten second time penalty after the podium ceremony, owing to his defence against Ricciardo. The Australian would take third place as a result.

Skip to the 1min52sec mark for Vettel’s message. 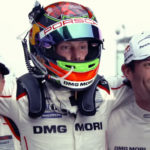