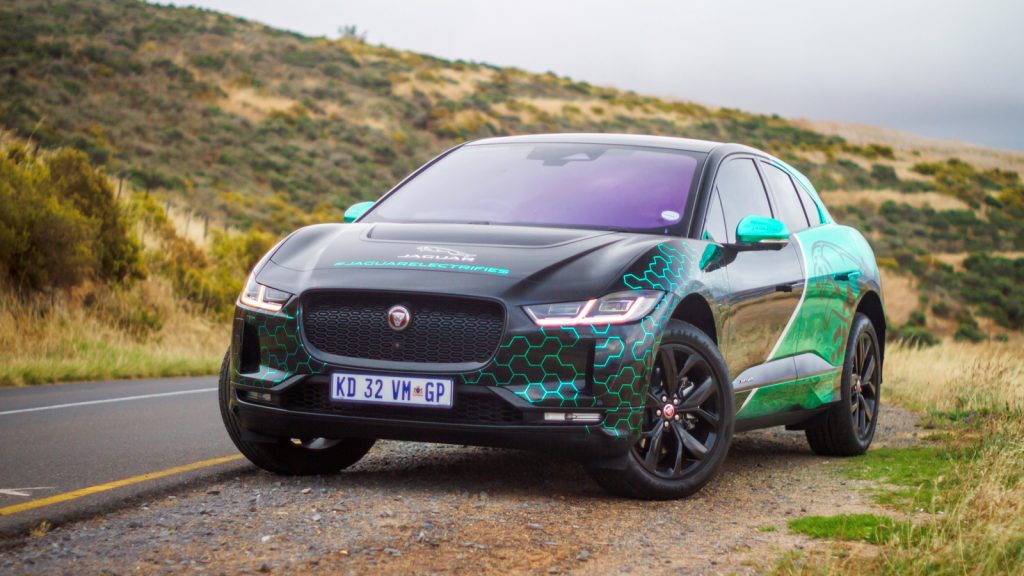 German luxury car brands are making a lot of marketing noise about their electric vehicles, but since 2019, the most compelling battery vehicle choice in South Africa has been British.

For the last few years, Jaguar’s I-Pace has been the only option if you want to drive a large family car with potent performance and redoubtable luxury – powered by batteries. This year, Audi and BMW have entered the local market with E-Tron and iX3, competing with I-Pace, for wealthy early adopters’ attention and battery motoring budget.

Jaguar updated its I-Pace last year and it remains a noteworthy reference point for the South African electric car experience. Although BMW (with the i3) and Nissan (with its Leaf) have tried to woo South Africans into battery vehicles, the limited driving range has been a perpetual issue.

I-Pace packages a 90kWh battery pack, paired with dual electric motors, giving it true performance-vehicle power and torque outputs. At 294kW and 696Nm, the I-Pace does not lack acceleration or speed, capable of running the benchmark 0-100kph sprint in only 4.8 seconds.

The I-Pace is a big vehicle with a correspondingly large battery, weighing approximately 600kg. That’s more than six times the liquid energy fuel tank weight of equivalent petrol or diesel vehicle, but that battery does promise 470km range. In theory. 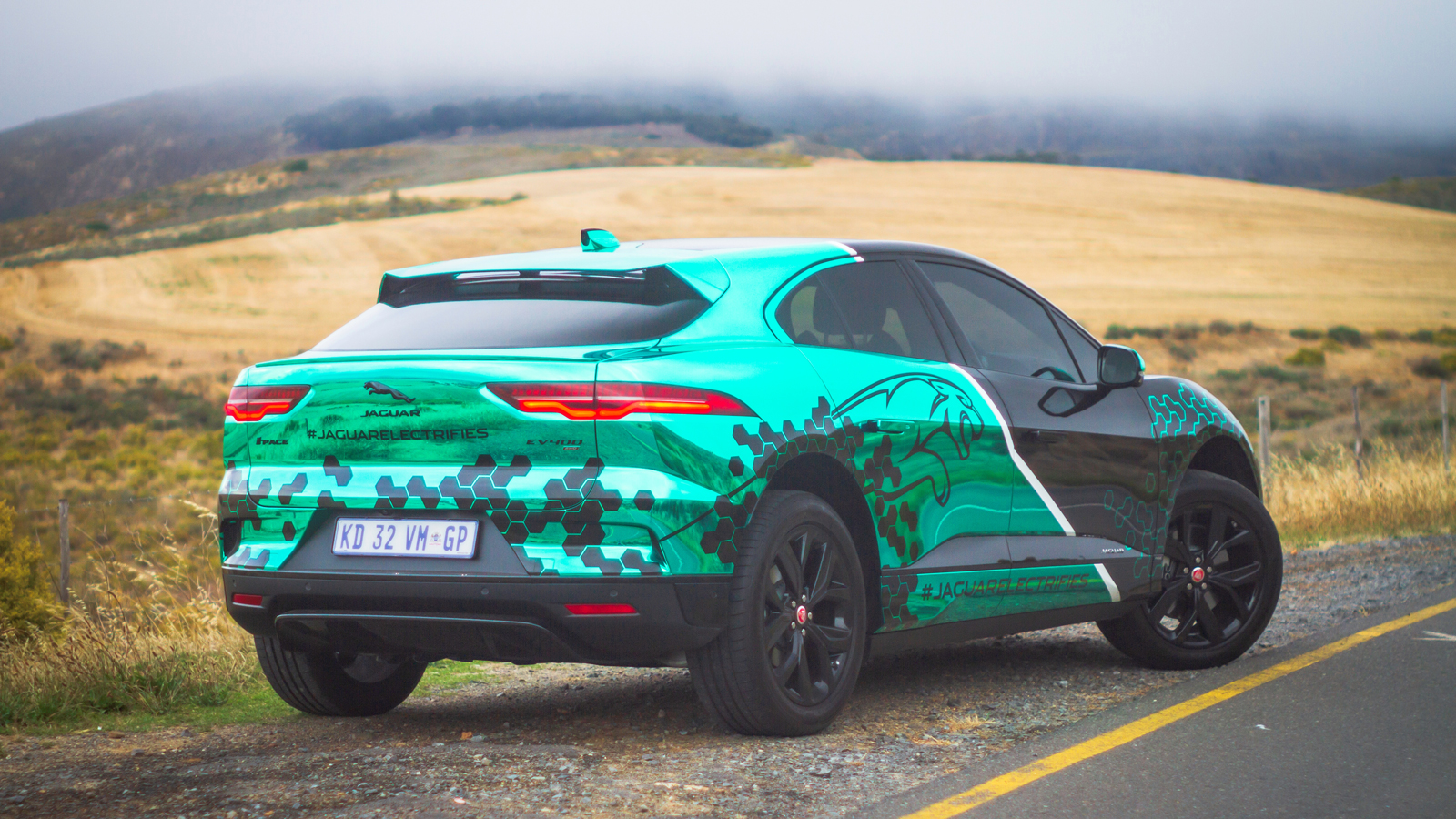 From two-door sportscars to luxury crossovers

Jaguar might have a storied history designing and assembling sportscars and limousines. Still, the brand has seen a remarkable transformation into the crossover and SUV segments over the last few years.

Its design nous remains strong and the I-Pace shapes an aesthetic of elegance instead of bold futurism. It’s much the same inside – nothing outrageous, but notably more space than a petrol or diesel vehicle, thanks to clever utilization of the design freedom, enabled by not having an engine or fuel tank. Passenger seating comfort might be excellent, but the I-Pace has a significant luggage capacity problem in the South African context.

The load area houses a large spare wheel, negating the I-Pace’s ability to carry four passengers and their luggage. Why is there a big spare wheel in the load area? At 2208kg, the I-Pace is too hefty for run-flat tyres, which would ordinarily be fitted to a luxury car, negating the need for a full-size spare.

And of course, that spare can’t be mounted in the floor area, either, as its contains the battery pack. In theory, the I-Pace has a cargo volume of 656-litres, expandable to 1453-litres, with its rear seats folded. But those academically impressive luggage capacity numbers don’t account for the intrusion of that big spare wheel.

Beyond the loadability issue, Jaguar’s I-Pace makes a compelling electric luxury vehicle option for most local conditions. But is that 470km range figure achievable? No.

At the coast you are likely to drive into headwinds, which reinforce how influential aerodynamic drag is, regarding energy consumption. South Africa’s long summers, with much higher average temperatures than Europe, require liberal climate control use to cool the I-Pace’s cabin. And that’s also an energy debit, which reduces range. 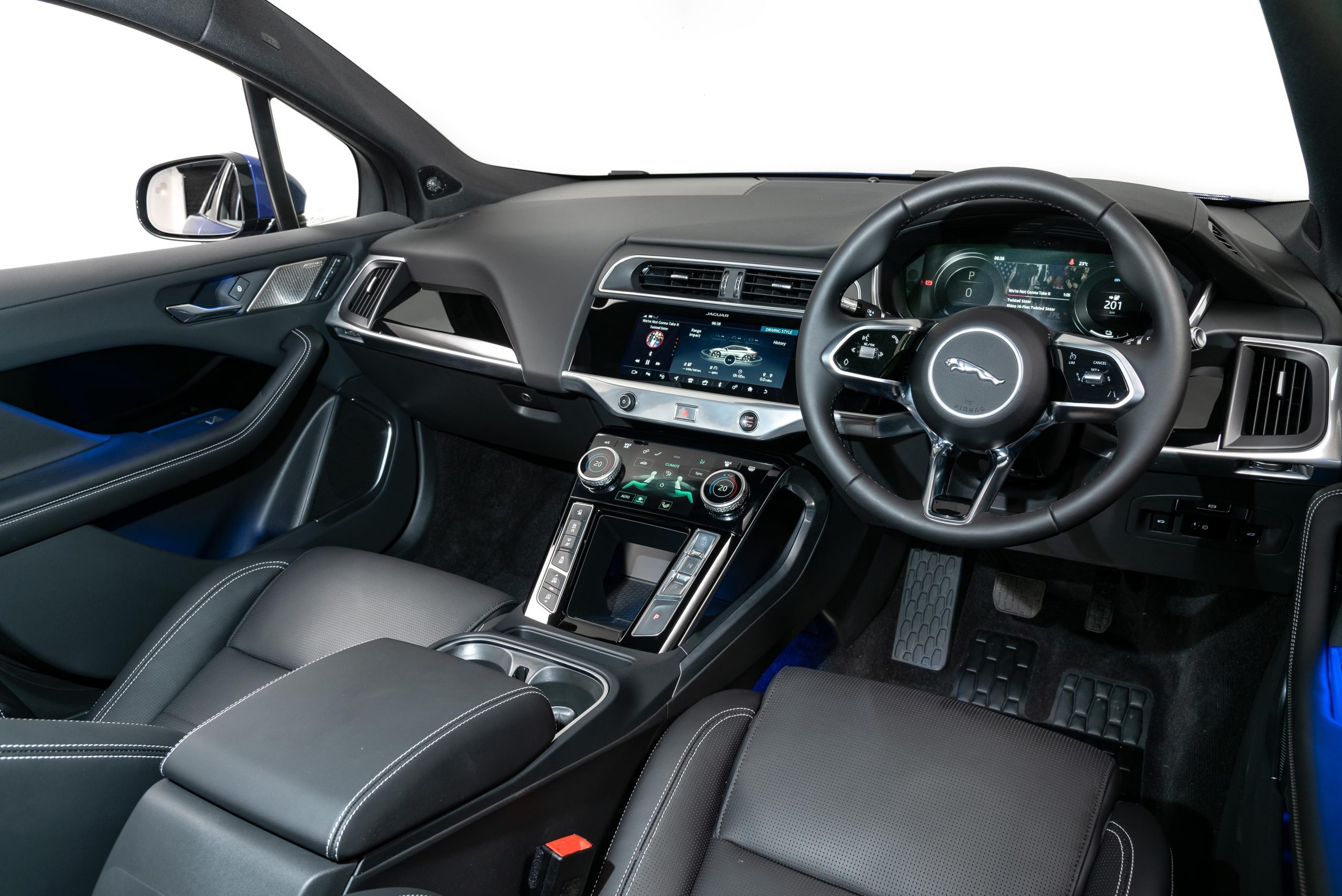 With its battery weight secured around the wheels’ hub heigh, I-Pace is incredibly stable at high speeds.

There is tension in the electric vehicle driving experience with a vehicle of the I-Pace’s weight and performance. You aren’t going to be hypermiling it. When I-Pace’s performance is deployed in a high-speed cruising context, range depletes – quite dramatically.

The real-world comfort cruising range is closer to 350km, instead of 470km, but that’s adequate to reach most of the expanding local recharging network. And if you compare a range of about 350km, to a petrol-powered crossover of similar performance to the I-Pace, there’s very little difference.

Only turbocharge six- or eight-cylinder crossover vehicles have comparable power outputs and performance to I-Pace. And none of those vehicles happen to be light on fuel. Nor are they capable of their driving range claims when operated in real-world conditions. Especially when using all of the available engine performance.

With electric vehicles accounting for a negligible percentage of the local car market, there are many recharging incentives if you live in a city. Schedule your remote working hours or shopping to run in parallel with charging. And a bonus is that most charging stations have the best parking, in any mall, closest to the entrance. 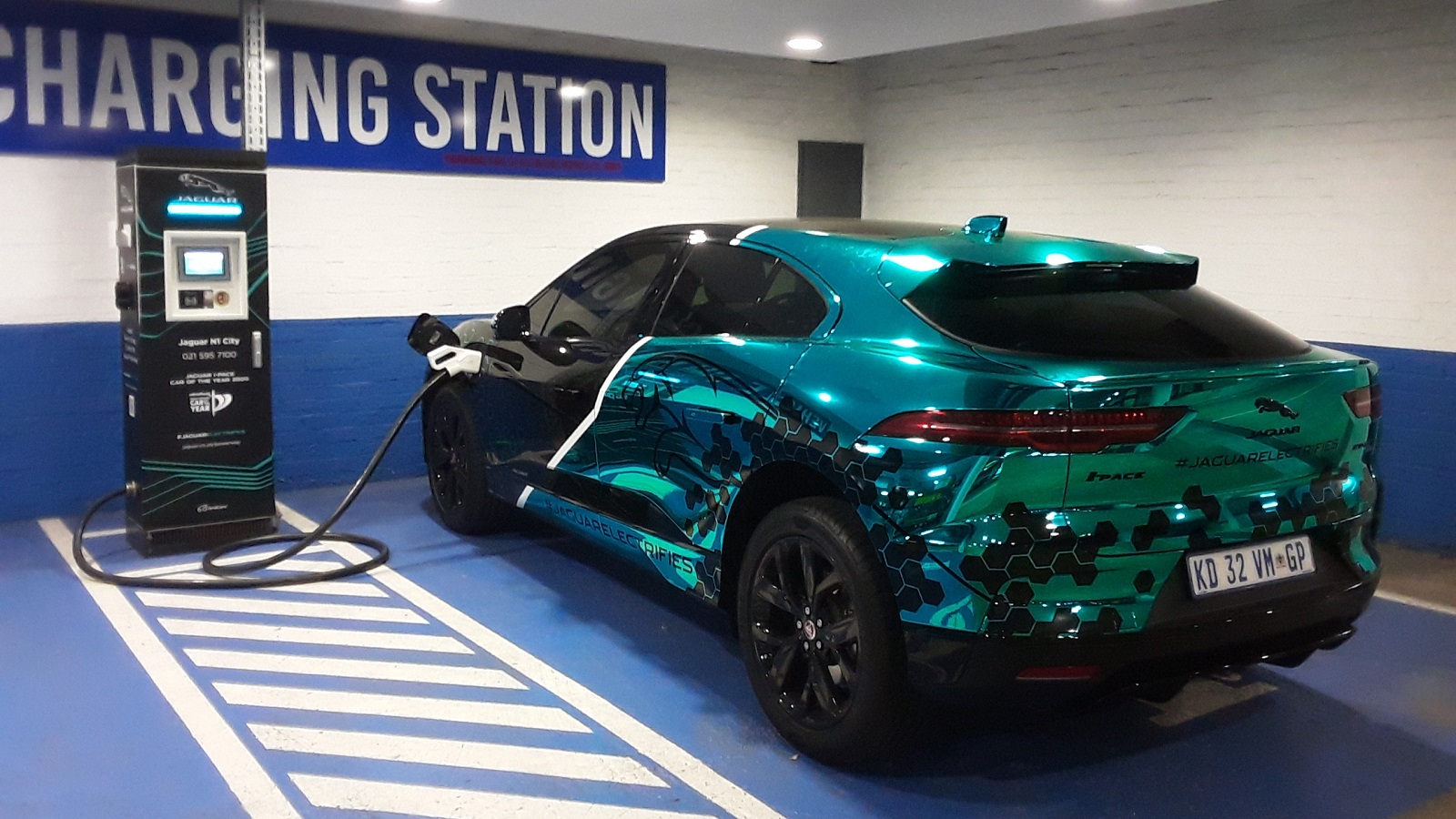 A great urban luxury vehicle – despite the load space constraint

How long does it take to charge? That depends on how low you are willing to run the battery and where you plug in for energy. Like most, I was very cautious. Never allowing the I-Pace to dip below a third of its battery capacity.

Using the Willowbridge Mall’s charging station, I could restore about two-thirds of the I-Pace’s battery capacity. In a little more than two hours. The best practice is to schedule remote work at a mall with high-capacity charging. Allowing your electric vehicle power-up while navigating work admin.

Although the cable is heavy, operating a charging station is foolproof. And decoupling the port from I-Pace, is safe and straightforward, with no anxiety of causing yourself or the vehicle any harm.

It does manage to feel comprehensively futuristic without being completely alien. Credit must go to Jaguar’s calibration engineers, who have given the I-Pace a very natural energy-recuperation set-up.

Some of the earlier electric vehicles, such as BMW’s first-generation i3, tended to have far too much regenerative braking. That delivered a strange driving experience. You’d lift off the throttle and trigger dramatic deceleration without engaging the brakes – or brake lights. Often catching following vehicles, unaware.

All told, I-Pace has the core attributes to be an entirely appropriate electric luxury vehicle for South Africa.

But without gravel-travel appropriative tyres and unable to use all of its load area, this all-electric Jaguar hasn’t quite reached its full potential. Something that could easily be remedied, as growing scale compels tyre manufacturers to create a greater diversity of products, for electric vehicles. 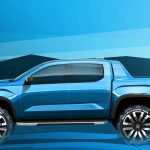