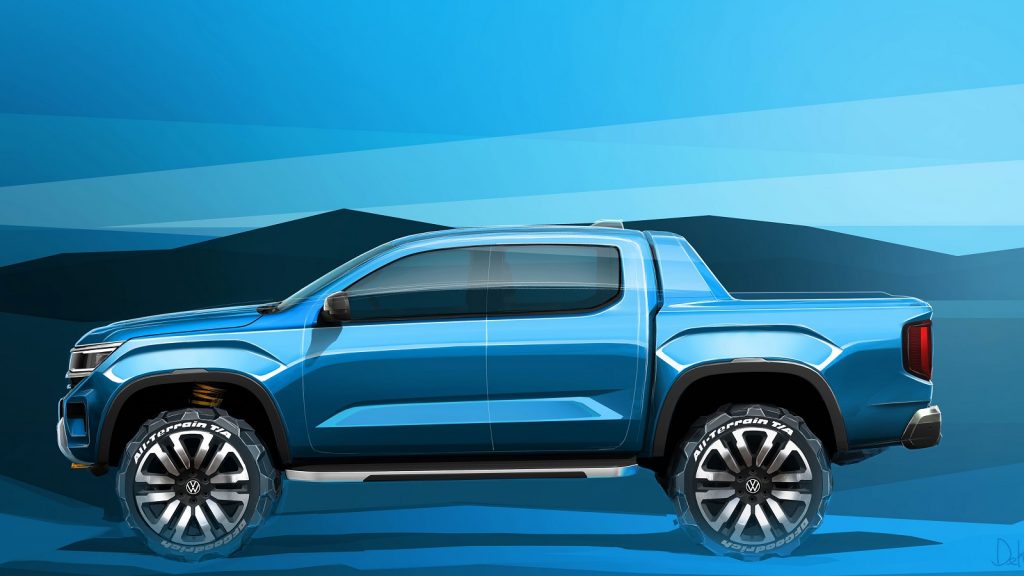 Anticipation is building for the second-generation Amarok double-cab.

And to keep bakkie fans on edge, VW has released a series of new graphics, relating to its next-generation bakkie.

VW’s very successful venture into the luxury bakkie market will continue as part of a joint venture with Ford. In future.

Ford is a global authority on bakkie design and engineering. Its F-150 range is the world’s best-selling vehicle.

The new Amarok, due in South Africa by 2023, will feature Ford engines and technology. But VW’s design team is responsible for its appearance.

Brand managers at the German company know that it must look a lot different to Ford’s Ranger, for the new Amarok to succeed. A series of new design sketches and renderings show what VW fans can expect when the new double-cab bakkie is revealed later this year.

Ford has shown its new Ranger, with a bold front-end and sophisticated LED light clusters. And VW? The latest design sketches show a very adventurous design. 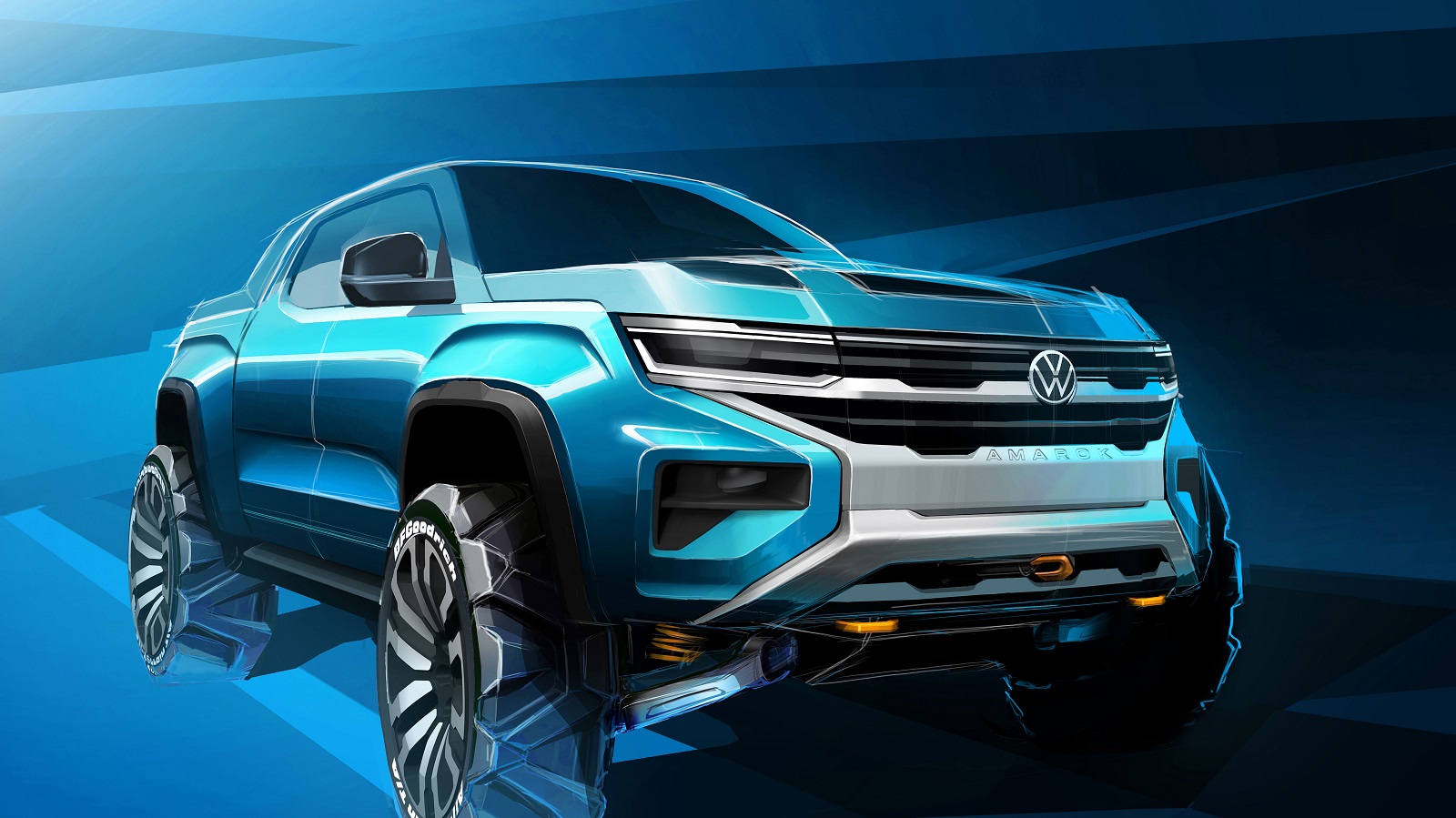 New Amarok is a much bolder design

Don’t expect the new bakkie to look familiar to the current one. Whereas some bakkies prefer to use a conservative design philosophy, choosing evolution to revolution, there is no doubt that VW is opting for the latter.

Why would VW opt for such a radical wheel arch treatment? More prominent wheel arches allow for larger wheels and tyres. And on bakkies, larger tyres make for better traction off-road. 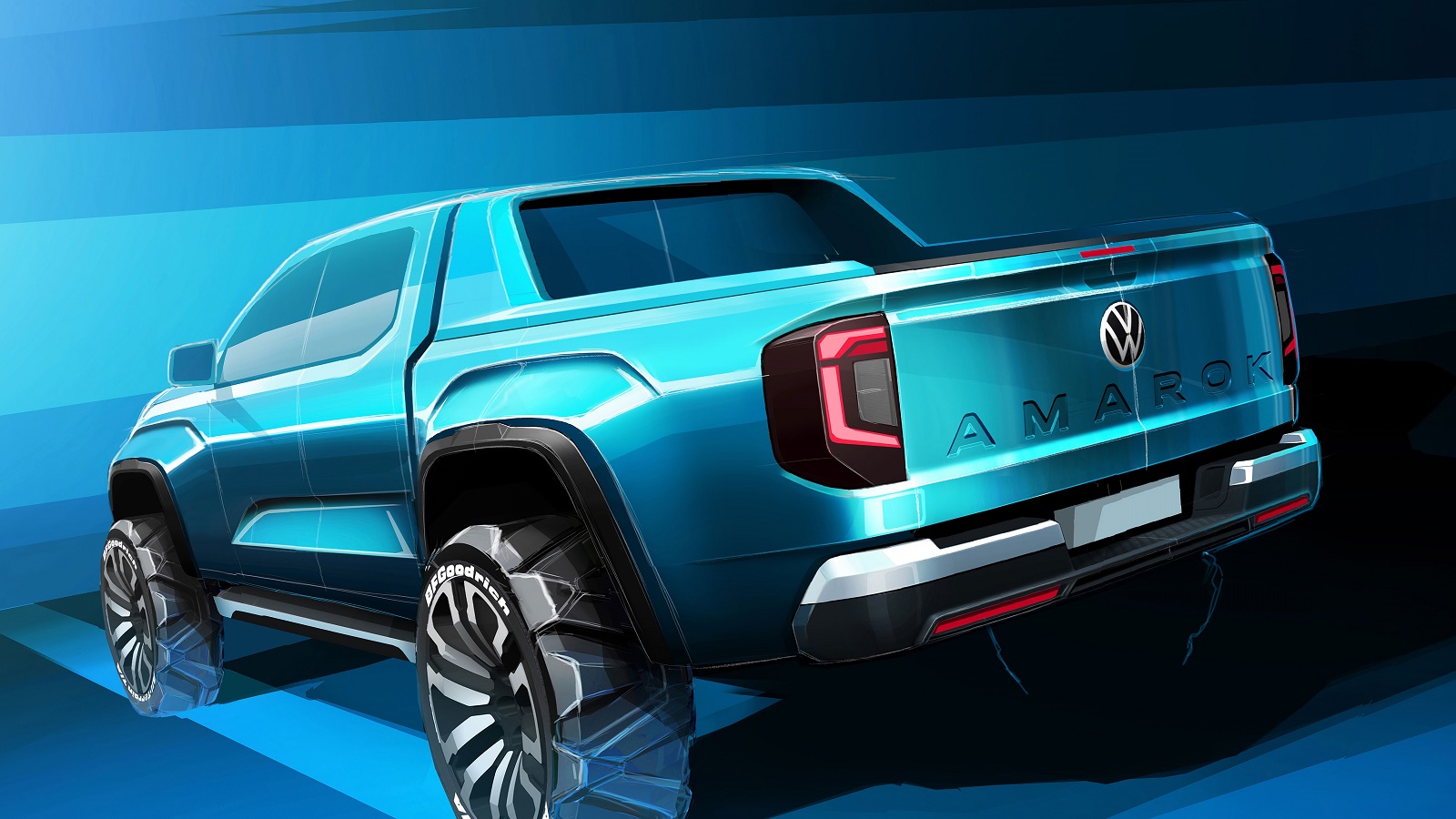 Bigger and with the promise of better comfort

Amarok will grow 100mm longer with the new version, too. And much of that additional size, will be for comfort and utility.

The extended Amarok structure will create a roomier cabin architecture. And as anyone who has journeyed as a rear seat passenger in a double-cab will now – legroom can be tight.

VW recognizes that the Amarok will become an adventure family vehicle in South Africa. Therefore, passenger comfort levels are essential.

Another benefit of the new Amarok being 100mm longer, is a bigger loadbox. This should enable lifestyle buyers to better utilize the new bakkie for loading mountain bikes and outdoor activity gear. 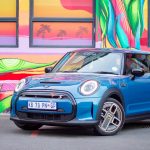