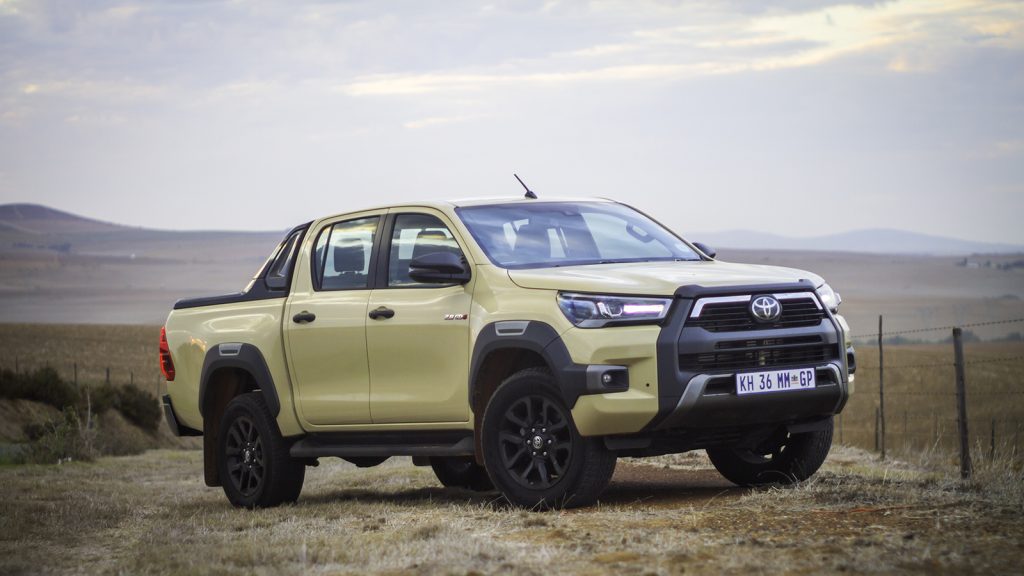 There was a time when a sand beige Hilux 2.8 GD6 4X4 Legend RS in your driveway, would bring odd association. Were you a mining contractor? Geologist? Game ranger transitioning to urban life?

But sand beige is the trend colour for Toyota’s apex Hilux derivative, the 2.8 GD6 4X4 Legend RS auto. The actual colour code is ‘4E9’, and it looks tellingly appropriate on any Hilux. Especially the double-cab.

Beyond the African Safari colourway, the current Hilux remains South Africa’s best-selling vehicle. And for those who value the full spectrum South African lifestyle, it offers real value. 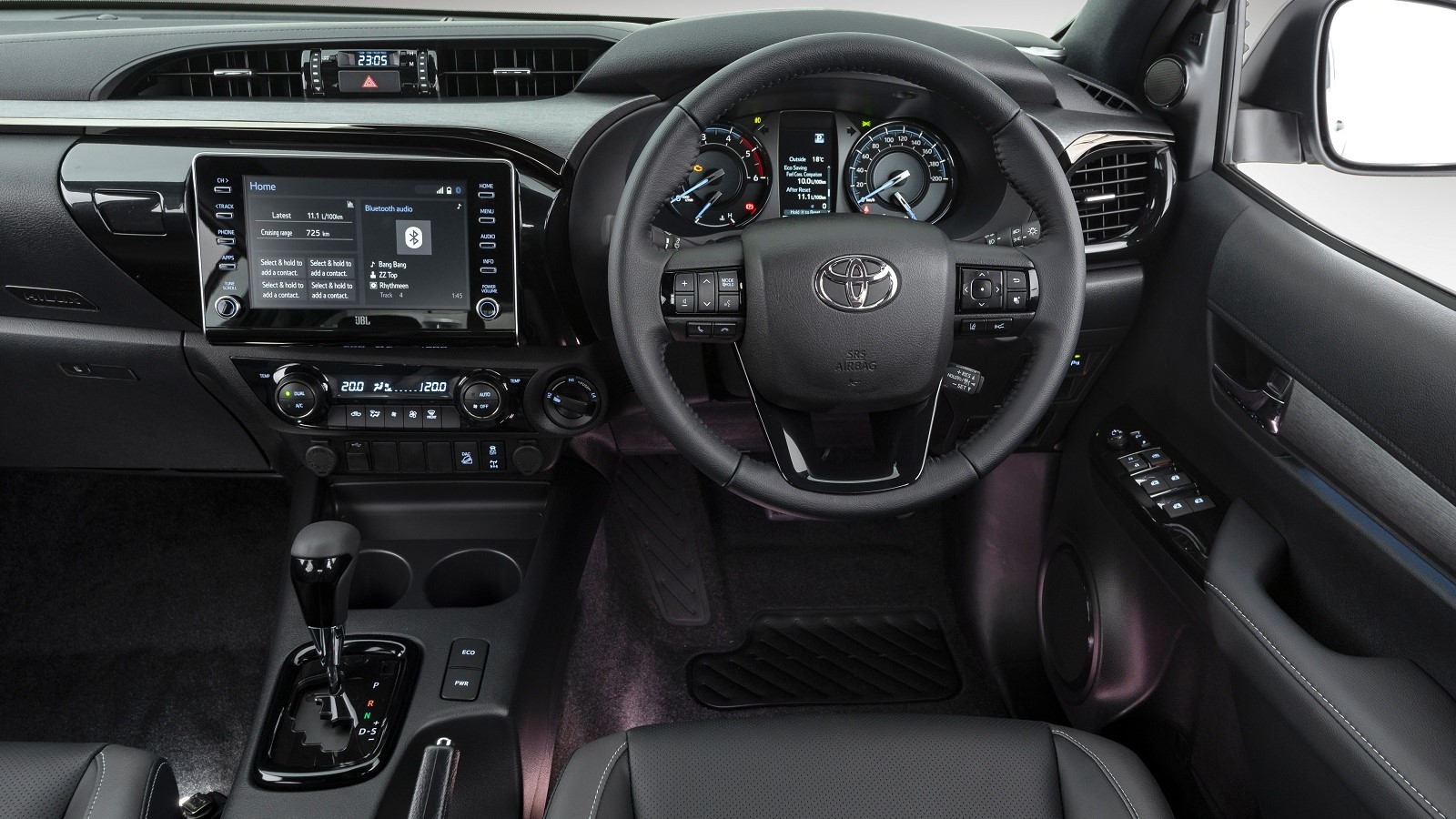 In many global markets, the double-cab bakkie is a fringe buy for urbanites. Most cities lack the parking or generously vast driving infrastructure to facilitate ease of movement for a double-cab bakkie. But South Africa is different.

Our parking solutions and roads are closer in scale to Australia and middle-America. Large and wide. And that’s the reason double-cab bakkies continue to be a popular choice for many. Although many owners, will never use much of the off-road or load-carrying ability. 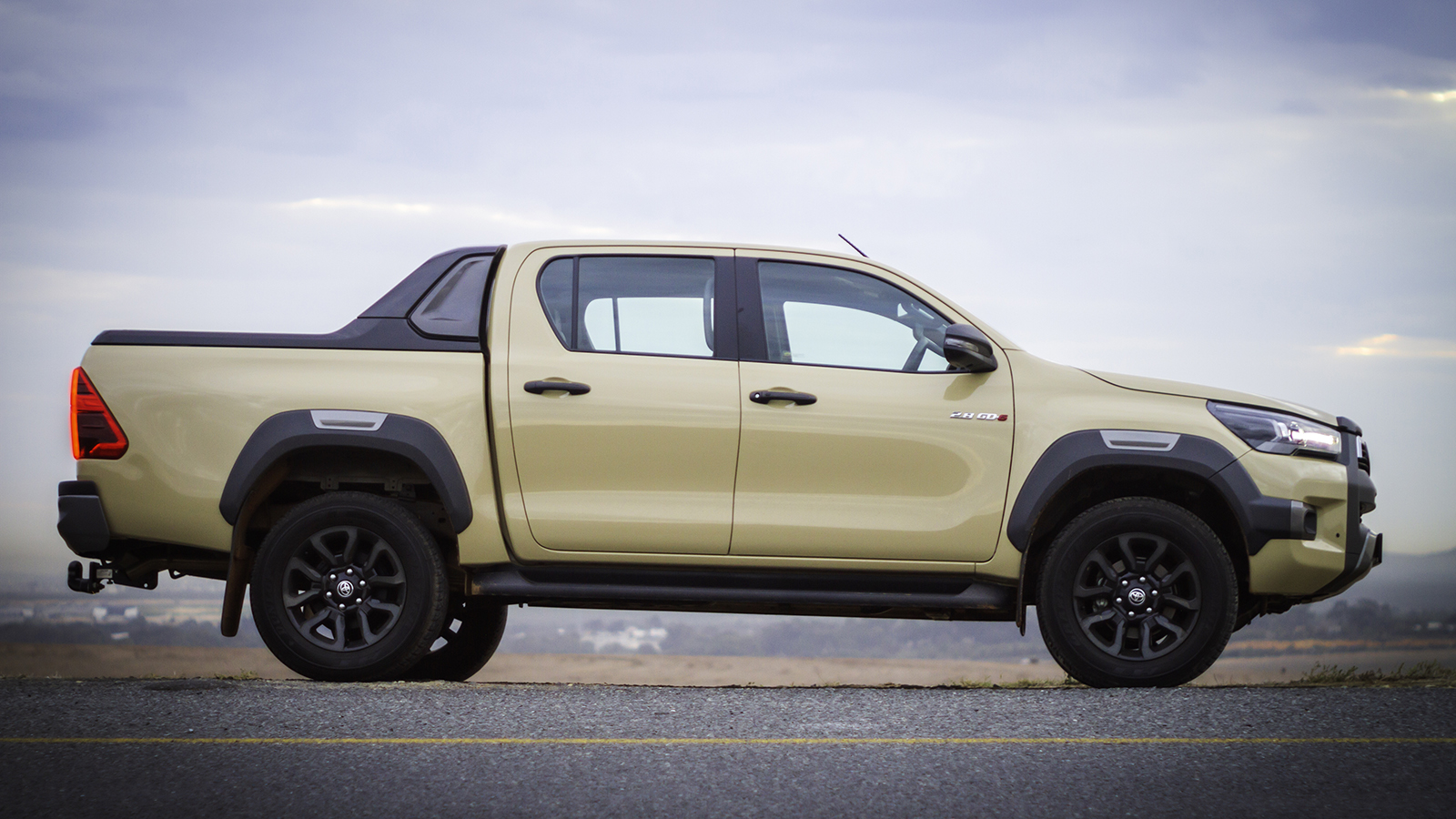 The best Hilux – but better

Toyota’s lead Hilux offering, atop a list of many derivates, is the 2.8 GD6 4X4 Legend RS auto. As part of the latest range of upgrades, it features a very comfortable cabin environment.

Dual-zone climate control is great when driving adjacent to an intense Kalahari sun, in summer. As one part of the Hilux cabin rapidly heats, while the other side is cooler, the climate control can be adjusted and regulated to ensure an optimal temperature balance for occupants on either side. 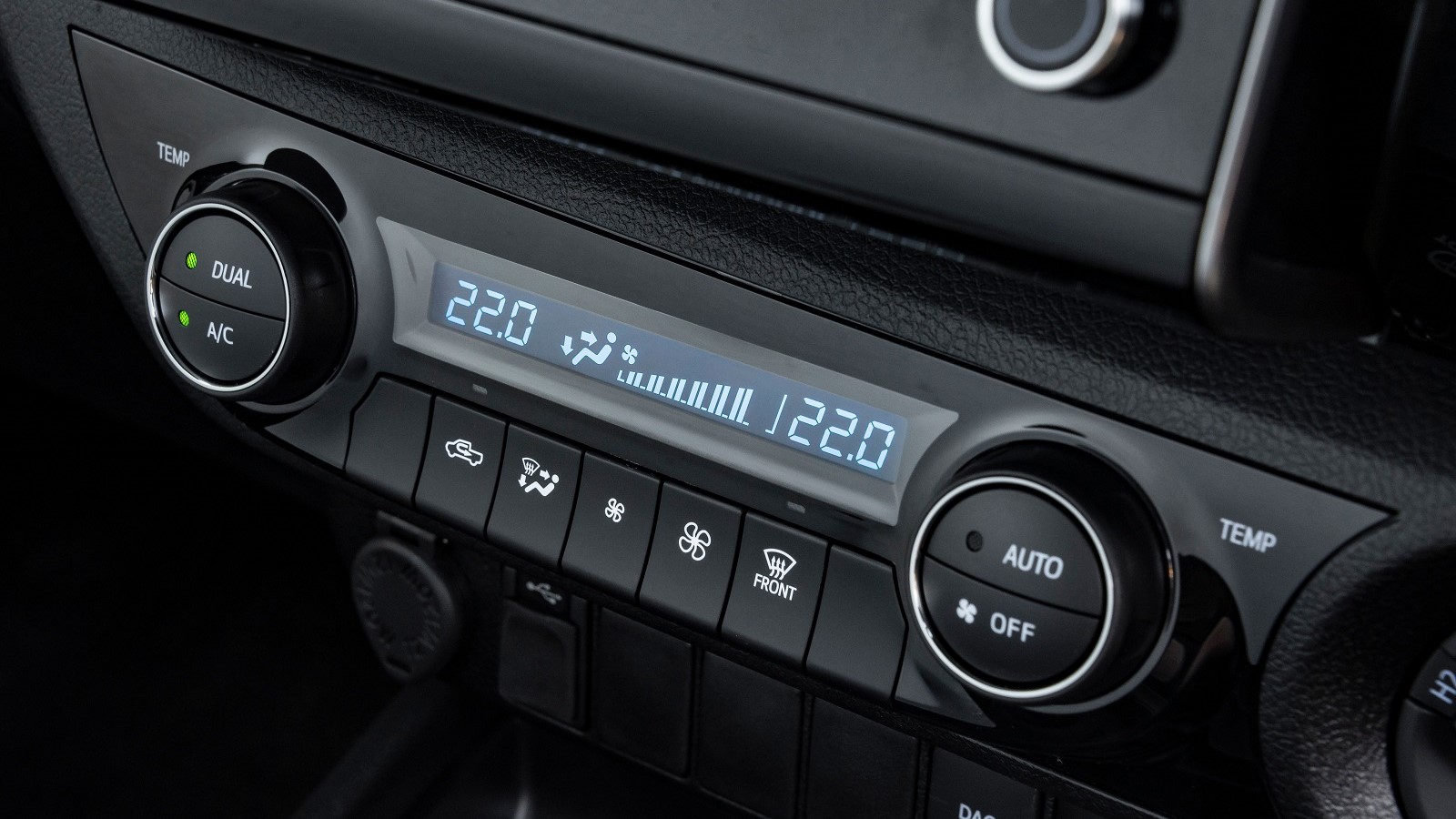 Double-cab bakkies face a challenging use case for urban owners. Very few people who park a Hilux in their suburban or security estate garage will ever use nearly its full load capacity. And that’s an issue.

The issue with driving around with an unladen double-cab bakkie, which most urban Hilux owners do daily, is indifferent ride quality. Without the required weight to settle those rear leaf-springs into their ideal frequency of compression and rebound, the ride quality can be suboptimal and ‘busy’. 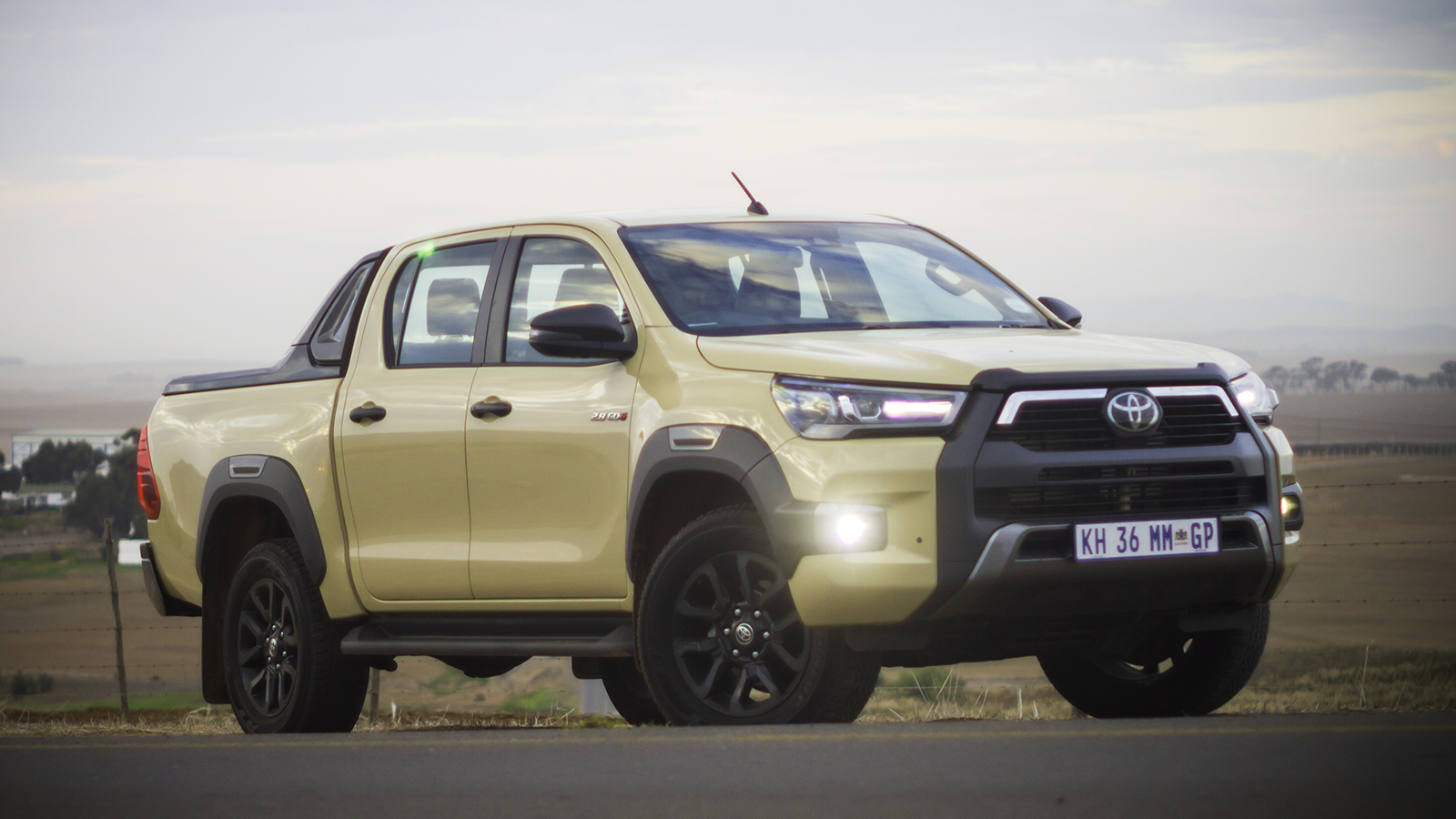 Toyota has sacrificed some load capacity, for ride comfort, with the latest Hilux double-cab configuration. A smart choice, in your estimation. The Hilux 2.8 GD6 4X4 Legend RS auto is only load rated for 775kg, instead of the class standard, which is 1000kg.

Hilux has some excellent dampers on the front axle, making it feel a touch more composed when unladen. A benefit of using your double-cab bakkie as a daily driver, on South Africa’s regressing road network, is the confidence when rolling through potholes.

Larger tyres and rugged suspension are untroubled by even the most significant potholes.

Driving along an unfamiliar area at night, with the risk of potholes, it’s very confidence-inspiring to be at the helm of a Hilux. It’s heartening to know that you might feel a bump and shimmy through the steering but that you won’t suffer a flat tyre, cracked rim or suspension damage, when encountering a vicious pothole. 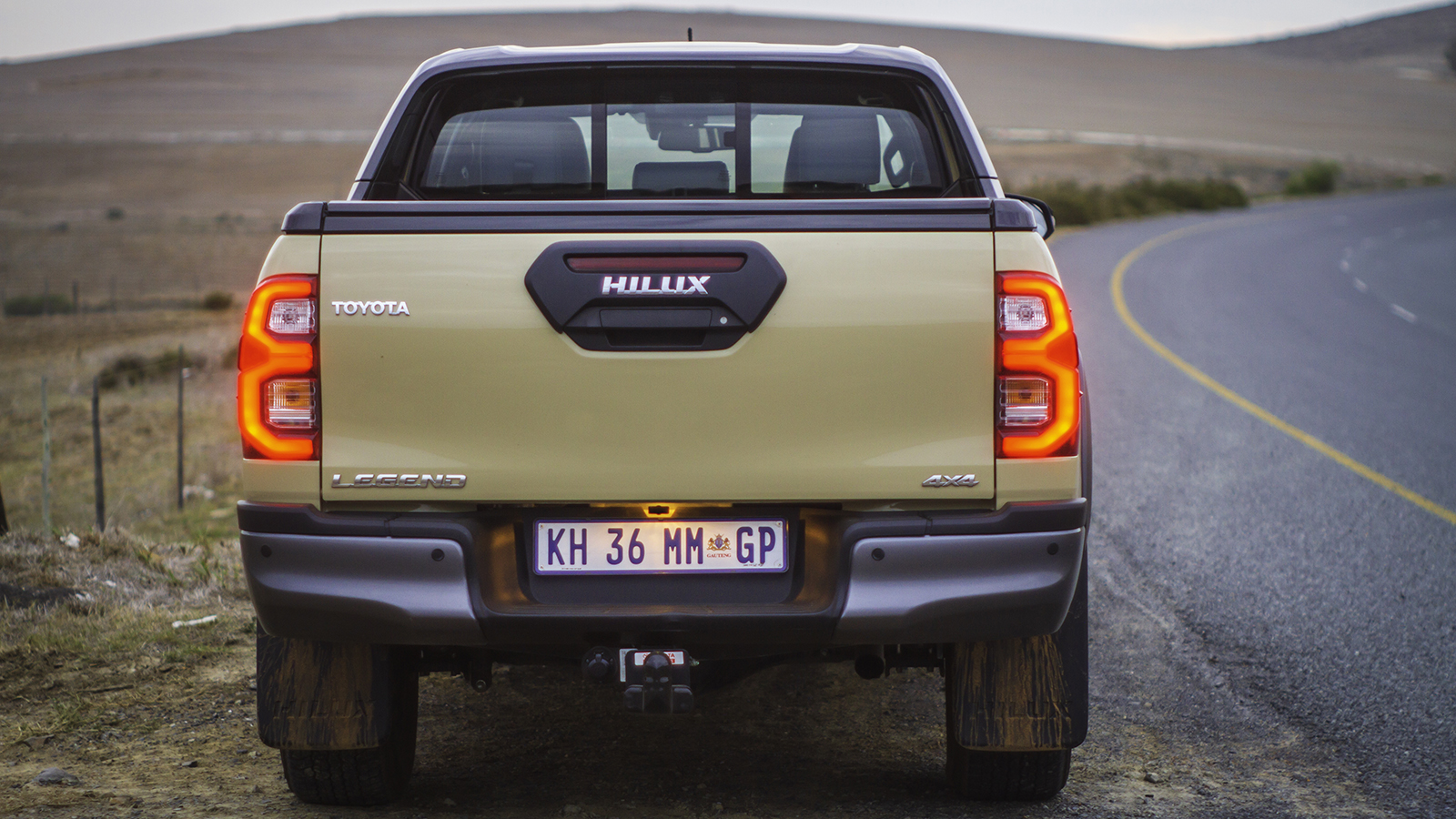 Deep value beyond the price

When Ford’s new Ranger goes on sale later this year, and it will be a significant challenge to Hilux. Ford’s second-generation T6 Ranger features a potent V6 turbodiesel engine, newer platform and enhanced digitization. But that said, the Hilux has evolved with pervasive excellence to the wishes of South African drivers.

Toyota manages to curate and equip the Hilux exactly the way South Africans prefer. Without excess or superfluousness.

In sand beige, there’s very little to rival the thematic purposefulness of Hilux, as the perfect South African family car. For people who live beyond the confines of their local mall, over weekends.

Priced at R971 900, Hilux 2.8 GD6 4X4 Legend RS auto isn’t cheap. But it retains an enormous amount of residual value over time. Better than any other double-cab bakkie, sold locally. 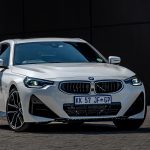