From fitness trackers to Google Glass and smartwatches, each has its own gimmicky allure as well as potential shortfalls. The one issue they all have in common is the lack of adequate battery power. Apple’s rumoured iWatch is undergoing tests that would solve this cumbersome tale once and for all, reports The New York Times. Various solutions including solar, wireless magnetic induction, and movement, have been experimented with by Apple for the past few years.

Similar to what Nokia has done with its charging dock stations, “for its wristwatch, Apple has been testing a method to charge the battery wirelessly with magnetic induction, according to a person briefed on the product,” the NYT article reads.

The never-ending rumoured iWatch is expected to have a curved glass screen — something that Samsung and LG have already shown could be done.

According to the NYT‘s inside sources, Apple is considering equipping the smartwatch’s screen with a solar-charging layer. The battery will charge as the device is worn in daylight, though such a solution is considered “years from becoming a reality.”

“Another experiment at Apple has involved charging the battery through movement, a method that is already used in many modern watches. A person’s arm swinging could operate a tiny charging station that generates and pushes power to the device while walking, according to a patent filed by Apple in 2009.”

At least two of these innovative ideas have their own pitfalls. iPod creator and Nest co-founder Tony Fadell says that solar charging was ruled out years ago when studies found that most people tend to keep their expensive Apple products in their pockets, closets and indoors instead of letting them lie out in the sun.

When it comes to magnetic induction, Apple senior marketing VP Phil Schiller has gone on the record once saying that “having to create another device you have to plug into the wall is actually, for most situations, more complicated.”

Perhaps the solution then, does lie with kinetic charging, only time will tell. 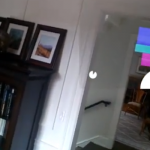