Trigger-fingered PlayStation owners in the EU will soon have even more titles to choose from. Sony’s PlayStation Blog has finally announced its May games roster for PS Plus members in the EU.

Sony has not specified the roster for additional regions, yet. Among those included are Zoink’s Stick it to the Man for the PS4, Puppeteer and Payday 2 for the PS3.

Handheld enthusiasts on the PS Vita will receive Everbody’s Golf and Muramasa Rebirth, the twin-campaigned RPG.

Although five titles are shown the door by PlayStation, including Mercenary Kings (PS4), Pro Evolution Soccer 2014 and Bioshock Infinite (both PS3) Hotline Miami (Cross Buy) and lastly, MotoGP13 (PS Vita), five shiny new titles will be welcomed into the stable.

As with every month, PlayStation advises PS Plus members to add the outgoing games to their download queue before the titles are removed on Wednesday 30 April. The new PS Plus games will be available for download on the same date.

PlayStation Plus members get discounts on specified titles and new releases. It also allows members to play a new game every month. Gamers using Sony’s PS4, PS3 and PS Vita consoles, and belong to the PS Plus family will be serviced. 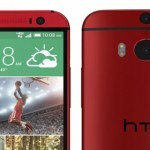