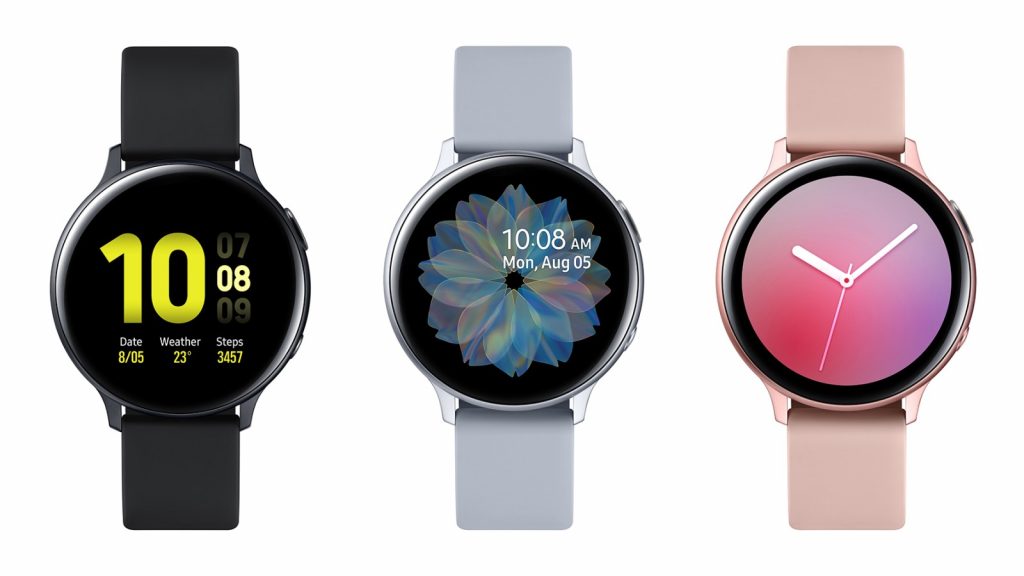 That mouthful, Samsung believes, is your “ultimate lifestyle and wellness companion” that “combines a sleed design with cutting-edge wearable technology”.

The watch itself comes in 40mm and 44mm size options, with an aluminium body and “Fluoroelastomer Band”, or stainless steel body and leather strap.

If you’re after Instagram likes, Samsung’s My Style feature lets you take a picture of your outfit, that your watch face will match. It’s quirky, but does add to its novelty.

Both however feature the same functionality, including a rotating bezel that now turns both clockwise and anticlockwise. OneUI now also features on the Watch Active 2’s Tizen-based OS, and should follow the same design cues used on Samsung’s Android smartphones.

LTE, a super spiffy bezel and the ability to match your outfit are among the Watch Active 2’s big improvements

But the biggest drawcard of the Samsung Galaxy Watch Active 2 isn’t it’s long name or its ability to match your shirt, but its connectivity potential.

The watch has LTE support, allowing users to place and take calls from the watch itself. And because smartwatches no longer stop you from checking social media, you can also browse social from the face itself.

There’s an electrocardiogram, an eight-diode heart-rate monitor, barometer, accelerometer and gyroscope, for those of you who love reading the names of sensors. But in terms of health tracking, it now allows the Watch Active 2 to track 39 workout types, with seven initiated automatically by the watch. There’s now an updated running coach too, with “even different running programs”.

In addition to running, the watch can also track “stress” levels and provide breathing exercises to users. This is similar to what Fitbit and Huawei currently offer on their wearables. 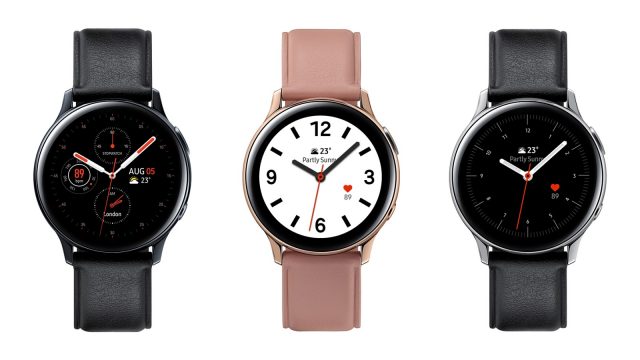 “You can even travel across the globe with greater confidence, as Galaxy Watch Active2 now supports convenient real-time voice and text translation in over 16 languages,” Samsung adds in its release.

And if you go swimming in Spain, or cliff diving in Portugal, the watch features IP68 water and dust resistant, and the military durability spec of MIL-STD-810G.

The watch’s price wasn’t made available by Samsung, but expect more information on the local debut of the Watch Active 2 to be made at Samsung’s local Note 10 launch in Johannesburg on Wednesday. 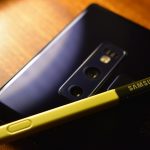