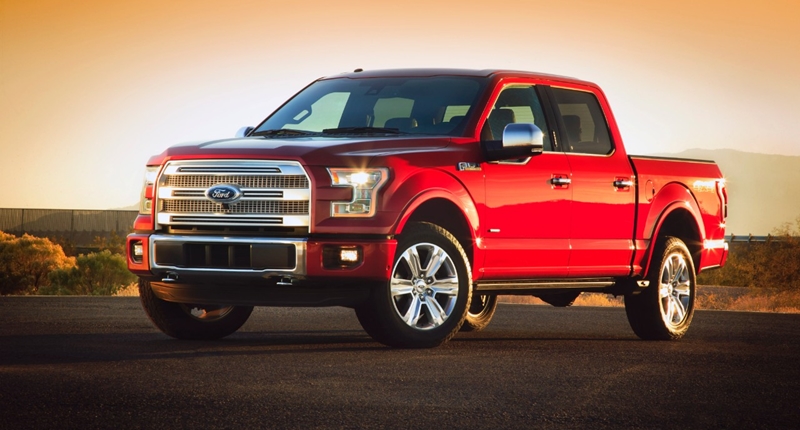 The Ford F-150 has always been a monster when it comes to size, but now it looks like it’s getting the tech to match.

Unveiled at the 2014 North American International Auto Show (NAIAS), currently underway in Detroit, the 2015 model F-150 apparently has over 100 patents filed in its name.

On the body side, there’s plenty of aluminium, which makes this truck a fair bit lighter than its predecessors. In fact, the alloys used in the F-150’s construction mean that it’s around 315kgs lighter than the previous model. That should help when you need to load it up with bricks or tow a trailer full of livestock, or whatever it is F-150 owners do.

Under the hood, the same Ecoboost technology that helped make the 2013 Fiesta such a hit makes an appearance in the 2.7 litre engine. Along with the lighter body, that should mean the new F-150 is also a lot less thirsty than its forebears.

It’s on the inside however that technology is most prevalent. Alongside a load of driver-assist technologies we’ve become used to in most other car categories, the F-150 features a 360-degree rear camera and dynamic trailer hitch assist, so that you don’t have to spend ages trying to align the truck with whatever you plan on towing with it.

It makes sense too, with an interior as big as the one in the F-150, why not pack it full with as much tech as possible? 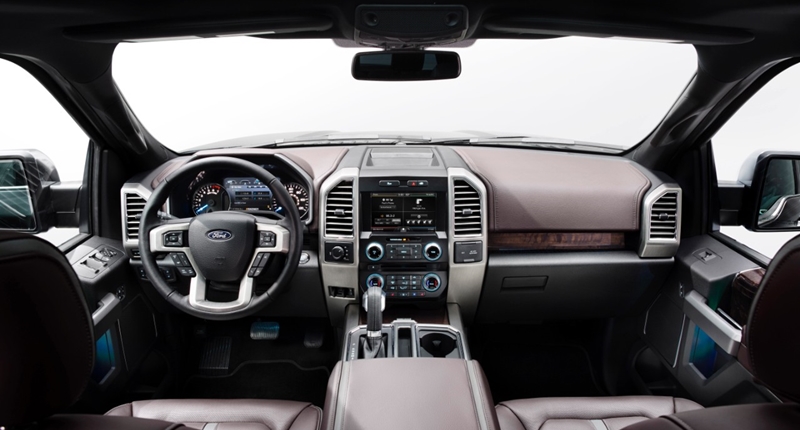 â€œMore than ever before, customers want a truck that is a dependable partner, mobile office and a go-anywhere workshop,â€ said Raj Nair, Ford group vice president, Global Product Development. â€œTo meet the needs of our truck customers, we created smart new features and a whole new approach to using advanced materials and engines to improve capability and efficiency.â€

Oh and if you do decide to buy one of the behemoths, you can apparently rest safe in the knowledge that it’s more environmentally conscious than a new Prius. 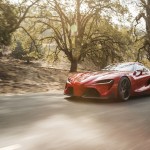