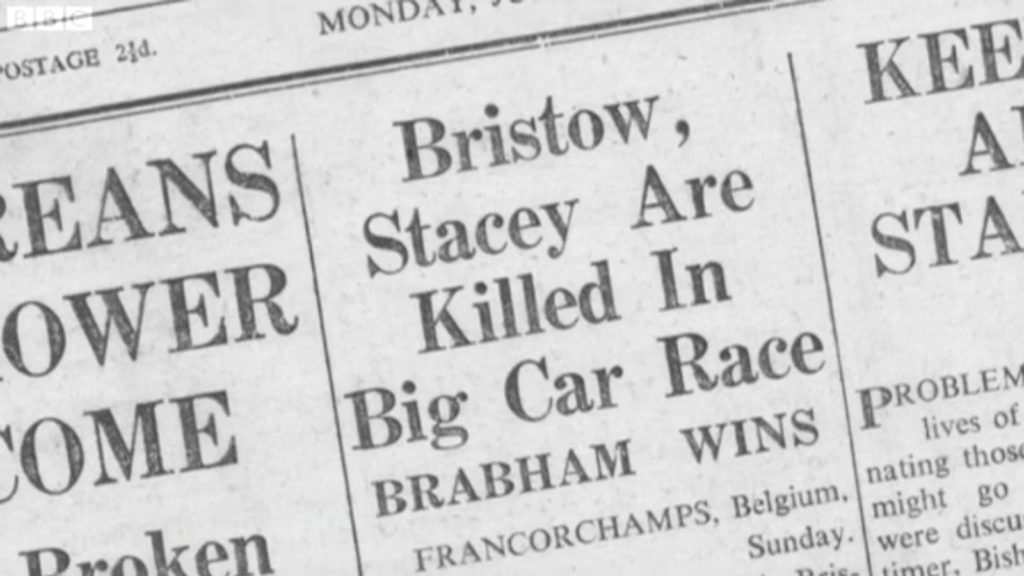 The 1994 San Marino Grand Prix is widely considered to be one of F1’s darkest weekends — with just cause.

Aside from Ayrton Senna’s death during the race, the weekend also saw rookie Roland Ratzenberger die in qualifying and Rubens Barrichello almost dying on Friday. But before that horrible weekend in Imola, the 1960 Belgian Grand Prix was one of the most infamous weekends.

A far cry from today’s era of safety

The 1960 season took place at a dangerous time, when drivers didn’t wear full-face helmets, fireproof overalls weren’t mandatory and roll hoops weren’t used. Hell, many drivers didn’t care for seat belts, preferring to be “thrown clear” from the accident instead.

It didn’t help either that circuit owners didn’t bother with safety features, such as barriers, gravel traps and trackside medical centres — nevermind run-off areas. It wasn’t unheard of for barbed wire and embankments to be left near the track.

It’s no wonder then that so many drivers died in those days, but combining this level of safety with the original 14km-long Spa-Francorchamps circuit was almost asking for trouble. The original track saw rudimentary fences, embankments, drop-offs and even houses lining the track, as this 1958 video shows.

The 1960 event got off to a rather sombre start, as Mike Taylor and Stirling Moss both crashed heavily in practice. Moss was left with broken legs after the accident, among several other injuries.

“I was holding the car in a sweeping right-hand bend at 140mph when the left rear wheel snapped off. The car spun several times and hit an embankment backwards. I don’t remember getting thrown out or flying through the air. The next thing I remember is being on my hands and knees in the dirt. I was scared and thought I was going to die. I couldn’t breathe, you see. I couldn’t
see either, and that worried me, but mostly I couldn’t breathe,” he was quoted as saying by Gerald Donaldson in the book, Formula 1: The Autobiography.

Moss would make a return to the sport, but Taylor’s injuries brought an end to his career, having suffered a broken back, neck, arms, legs and a punctured lung. This was only the beginning of the weekend…

The Grand Prix itself was a dominant affair for Jack Brabham, having secured pole position ahead of Tony Brooks and Phil Hill, then leading from lights to flag.

Unfortunately, tragedy struck on lap 19 when Chris Bristow crashed his car, a barbed wire fence decapitating the 22-year-old racer. In a gruesome sight, the crash resulted in Bristow’s body being thrown back on track.

‘I don’t remember getting thrown out or flying through the air. The next thing I remember is being on my hands and knees in the dirt. I was scared and thought I was going to die’

It was a sight that Jim Clark could never forget, leading him to hate the racetrack for the rest of his life.

“I was almost put off racing completely, for I was the first to arrive on the scene at Burnenville when Chris  Bristow lost control of his car and was killed. The car rolled over and over, killing him instantly before throwing his body out on the circuit. It was horrible and I’ll never forget the sight of this mangled body being dragged to the side by a marshal. I was almost sick on the spot. I remember at the end of the race finding that my car was spattered with blood,” Clark was quoted as saying by Donaldson.

A few minutes later, the racetrack chewed up and spat out another racing driver in the form of Alan Stacey, being caught in a fatal crash several laps after Bristow. It’s thought by some that a bird strike caused the Brit to crash.

In the BBC documentary, Grand Prix: The Killer Years, various veterans say that the dangerous designs of the time, particularly from the Lotus team, were at least partially to blame for the accidents. In fact, three out of the four crashes that weekend involved Lotus cars (Bristow was driving a Cooper Climax, however).

Mike Taylor was one of the first drivers to somewhat successfully argue that Chapman’s cars were defective.

“Because he had bought the car in a commercial transaction, he was entitled to say: ‘It was defective. You sold me something that was defective’,” author Chris Hilton said in the documentary.

Taylor and Chapman would settle out of court.

The 1960 race wasn’t the last Belgian Grand Prix to see a serious accident, with Jackie Stewart infamously crashing at the circuit and being trapped in the car in 1966.

“I hit a woodcutter’s hut, I knocked down a telegraph pole… I went down into a… basement area of a farm yard…” Stewart recalled in the documentary.

The triple world champion’s cockpit was flooded with fuel, but the twisted steering wheel pinned him in the car for 30 minutes. Fellow racing legend Graham Hill happened upon the scene, and borrowed spanners from spectators’ cars to remove the steering wheel. From there, he was taken to a ‘medical centre’.

“The building I was in, the so-called medical centre, was just a shack. I lay there on the concrete floor littered with cigarette butts and dirt. They stuffed me into an old ambulance and provided a police escort to go to the hospital in Liege, which was quite a few miles away. On the way, the ambulance driver lost the police escort and didn’t know how to get to the hospital.”

Following this race, Stewart decided to tape a spanner to his steering wheel in the event of him being trapped in his car again.

Fortunately, no F1 driver has died at Spa since the 1960 event. 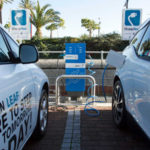